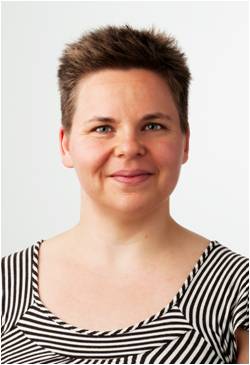 There is strong evidence that residual renal function (RRF) remains important even after the start of dialysis. Regardless of dialysis modality, RRF has been associated with increased survival. Randomized clinical trials in peritoneal dialysis (PD) demonstrate preservation of RRF in patients treated with renin-angiotensin-aldosterone system (RAAS) blockade, but such data in hemodialysis (HD) patients are lacking. A recent randomized clinical trial published in AJKD investigated whether RAAS blockade with irbesartan in HD patients preserved GFR and urine output, while decreasing albuminuria, when compared to placebo. Dr. Krista Kjaergaard (KK), lead author of the article, discusses this topic with Dr. Abdo Asmar (eAJKD), AJKD Advisory Board member.

eAJKD: The focus of your study is the role of RAAS blockers in preserving residual renal function in HD patients. Why is this important?

eAJKD: Can you please summarize the major findings of your study?

eAJKD: Randomized trials in PD patients showed a significant reduction in the decline of residual renal function with the use of RAAS blockade. Why might the results differ in HD patients?

KK: The studies in PD patients were conducted in Asia and were open-label. Asian PD patients differ from the European HD population in being younger, smaller, and healthier. In other words, these two patient populations are not comparable. Another important difference between HD and PD patients is the possibility that RAAS blockade has an anti-inflammatory effect on the peritoneal dialysis membrane thereby reducing the low-grade inflammation seen in most dialysis patients.

eAJKD: From a clinical standpoint, how should the findings of this study impact the prescribing practice of RAAS blockers in HD patient?

KK: From this study, recommendations regarding prescription practice do not change. RAAS blockers can still be used as an antihypertensive agent, but no new indication is suggested. Some clinicians fear hyperkalemia and intradialytic hypotension in HD patients treated with RAAS blockade. However, we documented that there was no difference in adverse events between placebo and RAAS blocker treated patients.

eAJKD: Pre-trial RAAS blockade use was significantly higher in the irbesartan group. Can you please elaborate on how this could have impacted the results of the study?

KK: At randomization, previous RAAS blockade was not considered. By chance, the number of patients who had received RAAS blockade prior to inclusion was not equally distributed. Theoretically, previous RAAS blockade could imply that reno- and vascular protective effects were already induced, thereby diminishing the potential effect of the study drug. However, we have stratified the patients according to prior RAAS blockade and also length of treatment. Although not shown in the manuscript, these additional findings did not alter our conclusions.

eAJKD: Is there anything else you would like the readers to know about your study?

KK: We have also looked at cardiovascular endpoints in terms of left ventricular hypertrophy and vascular stiffness. Unfortunately, we were not able to document any differences in these endpoints either. Based on the SAFIR study, there is no evidence that RAAS blockade has any blood pressure independent effects in HD patients.

2 Comments on Residual Renal Function and RAAS Blockade in Hemodialysis Patients: What Is the Benefit?