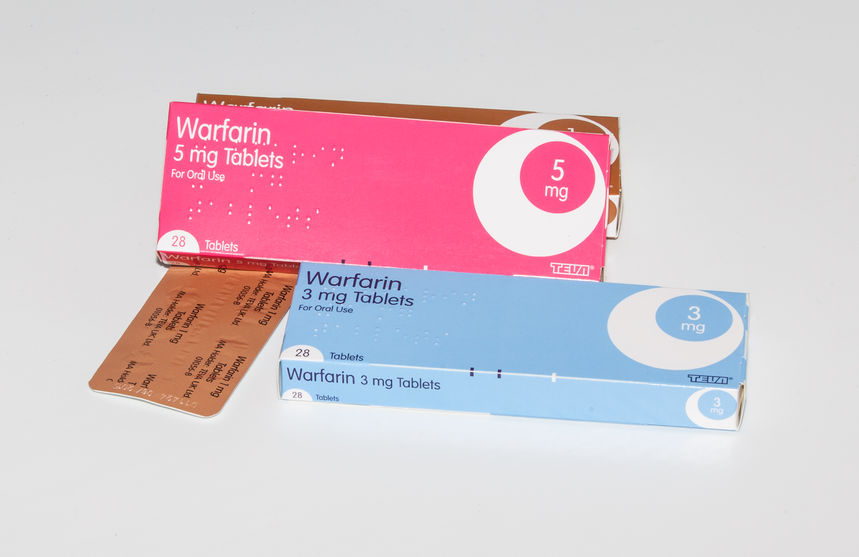 In an article recently published in the October issue of AJKD, Shen et al report the results of a retrospective observational cohort analysis of clinical outcomes following warfarin treatment in hemodialysis patients.

Although international guidelines advise the use of anticoagulation in the majority of patients with atrial fibrillation (AF), data are lacking for end-stage renal disease (ESRD) patients in whom the risks of anticoagulation and of embolic cerebrovascular disease might be different from the general population.  Indeed, a KDIGO expert panel recommended against routine anticoagulation for primary and secondary stroke prevention in ESRD.

In the context of this background, the authors performed a retrospective cohort study of 12,284 patients with newly diagnosed AF identified through the US Renal Data System between 2007 and 2011.  To be included, patients were required to have uninterrupted Medicare Part A and B coverage for at least 1 year before AF diagnosis.  They also had to have uninterrupted Medicare Part D coverage with a low income subsidy for at least 6 months before the AF diagnosis.  The outcomes of interest included mortality (including cardiovascular and stoke-specific death) as well as ischemic stroke, hemorrhagic stroke, and severe gastrointestinal (GI) bleed.  Outcomes were ascertained from claims data using techniques previously validated.  Warfarin treatment within 30 days of AF diagnosis was the exposure of interest.  The authors also developed cohorts using inverse probability of treatment and censoring weighted (IPTW) to account for differences between eligible patients who received warfarin and those who did not, although these differences were not very large.

Of 12,284 ESRD patients who met inclusion criteria, only 15% initiated warfarin during the 30 day period for eligibility to be included in the treatment cohort.  Hazard ratios (HR) were calculated for the above outcomes by intention-to-treat (ITT) and as-treated analyses.  HRs were not statistically significantly different for most of the outcomes, although warfarin treatment was associated with a lower risk of ischemic stroke (HR=0.68, 95% CI 0.47-0.99) by ITT analysis.  For the as-treated analysis, the only statistically significant finding was lower risk of all-cause mortality with warfarin therapy (HR=0.84, 95% CI 0.73-0.97).  Sensitivity analyses using propensity score-matched cohorts of the two groups resulted in the association between warfarin and ischemic stroke no longer being statistically significant, but otherwise was similar to the primary analysis.  Interestingly, a second sensitivity analysis that decreased the allowable follow-up time after warfarin drug supply ran out from 60 to 30 days demonstrated a statistically significant increased risk of hemorrhagic stroke (HR=2.74, 95% CI 1.16-6.44) and GI bleeding (HR=1.52, 95% CI 1.00-2.29).  Notably, 70% of patients who started warfarin in the cohort had discontinued treatment within a year.

Taken together, this study contributes additional information to the debate about whether warfarin therapy for AF is safe and efficacious in ESRD patients.  Although a modest reduction of ischemic stroke risk was identified by ITT analysis, as treated analyses were limited by wider confidence intervals due to a smaller number of events from shorter follow-up time.  However, sensitivity analyses, likely with reduced exposure misclassification, suggested higher rates of hemorrhagic stroke and GI bleeding.  This study highlights the importance of future research to better understand how to manage patients facing this difficult scenario.