Diabetic nephropathy affects a variety of structures in the kidney causing – arteriolar hyalinosis, thickened basement membranes, etc. However, the classic finding in diabetic nephropathy is that of nodular glomerulosclerosis, also known as the “Kimmelstiel-Wilson” lesion.

While diabetic nephropathy is an extremely common etiology of kidney disease, it is important to recognize that other forms of nodular glomerulosclerosis also exist. For example, idiopathic nodular glomerulosclerosis may be present in patients without diabetes, often in older men with a combination of hypertension and longstanding tobacco use. These nodules (like Kimmelstiel-Wilson lesions) are collagenous proliferations that appear to push the mesangial cells to the edge of the nodule, and stain very positive with both the PAS and the Jones silver stain.

In contrast, nodules can also be seen in deposition diseases such as amyloidosis. These nodules are, in part, composed of the amyloid protein configured in beta-pleated sheets that do not stain strongly on PAS and that are negative on the Jones silver stain. Monoclonal immunoglobulin deposition disease (MIDD) may also present with mesangial nodules, which are PAS positive but weakly positive on Jones silver. These are important distinctions to make when nodular glomerulosclerosis is encountered on H&E stained kidney tissue.

The image below demonstrates the different appearances of mesangial nodules on silver stains. Both appear quite similar with H&E staining, but the top right image shows the nodules staining positive on silver staining suggestive of diabetic nephropathy. The bottom right image shows a silver negative nodule, suggesting that it is composed of something other than collagen (in this case, amyloid). 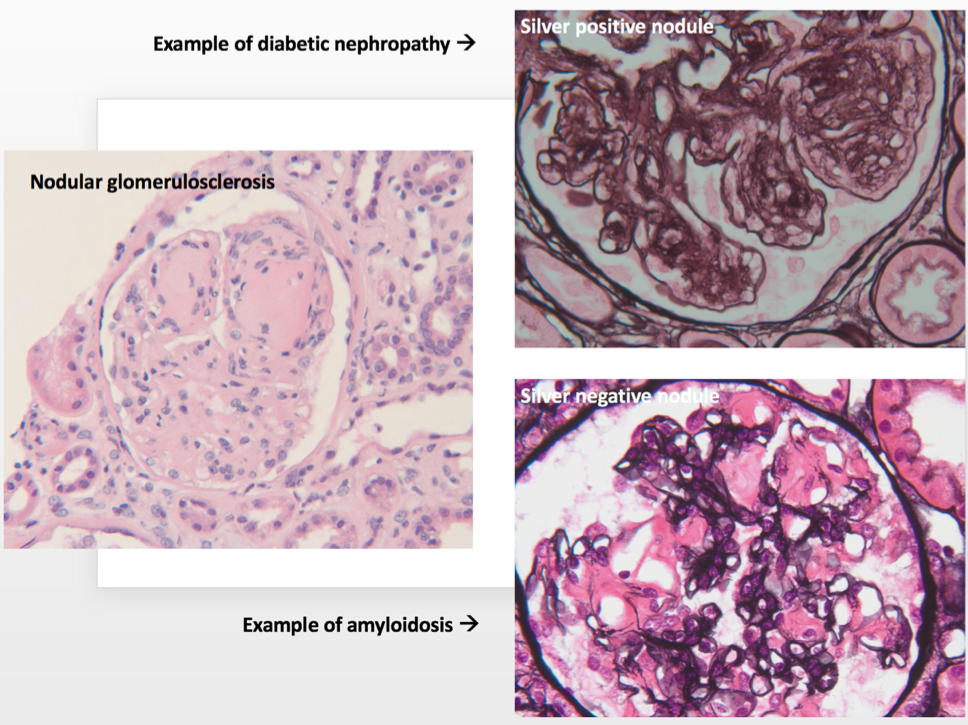 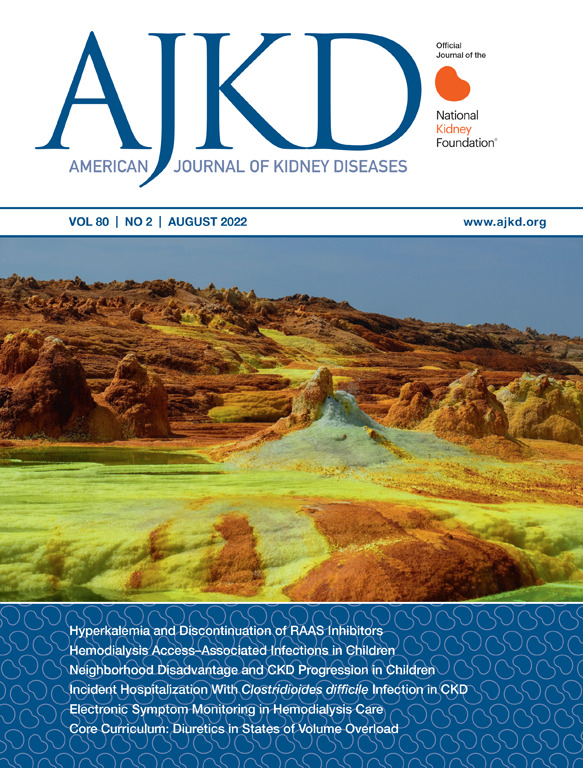