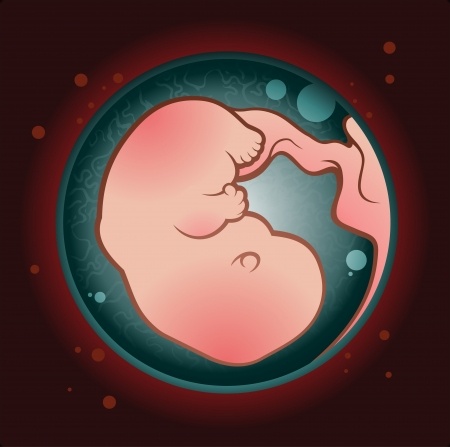 It has long been recognized that pregnant women with underlying chronic kidney disease (CKD) have an increased risk for adverse maternal and fetal outcomes. Even pregnancies in women with stage 1 CKD have increased risk of adverse pregnancy outcomes. Pregnant, non-diabetic women with more advanced CKD and proteinuria (GFR less than 40 mL/min/1.73 m­2 and greater than 1 g/day of proteinuria) are at a risk for having a faster decline in GFR. The peak incidence of IgA nephropathy (IgAN) is during the second and third decades of life, directly overlapping a woman’s peak childbearing age.

A recent study published in AJKD by Su et al examines the risk of kidney disease progression and adverse pregnancy outcomes in pregnant women with IgAN. The authors had previously published an analysis on patients with IgAN with preserved renal function (eGFR 102 ml/min) and was unable to make a definitive conclusion on pregnancy and kidney disease progression. For this paper, they included patients with more advanced CKD. The same authors performed an analysis on a prospective cohort of Chinese patients with IgAN from December 2003 to September 2014. Women from the cohort who were aged 18 to 40 years at the time of diagnosis of IgAN and who had a minimum follow-up of 12 months or 3 visits after the kidney biopsy were included. Subjects who had been pregnant prior to the onset of kidney disease and those who had acute kidney failure were excluded. The women were divided into two groups, those who had at least one pregnancy and those who did not become pregnant during study.

Overall, the pregnancy and non-pregnancy group had a similar rate of progression to end-stage renal disease or 30% decline in eGFR. Rate of eGFR change was also similar in the two groups. Proteinuria worsened during 25% of pregnancies, but only 6% of subjects had persistent worsening of proteinuria after delivery. Analysis of subgroups found that pregnant subjects with CKD 3-4 had a faster decline in eGFR than non-pregnant subjects with the same degree of CKD as seen in the table below: 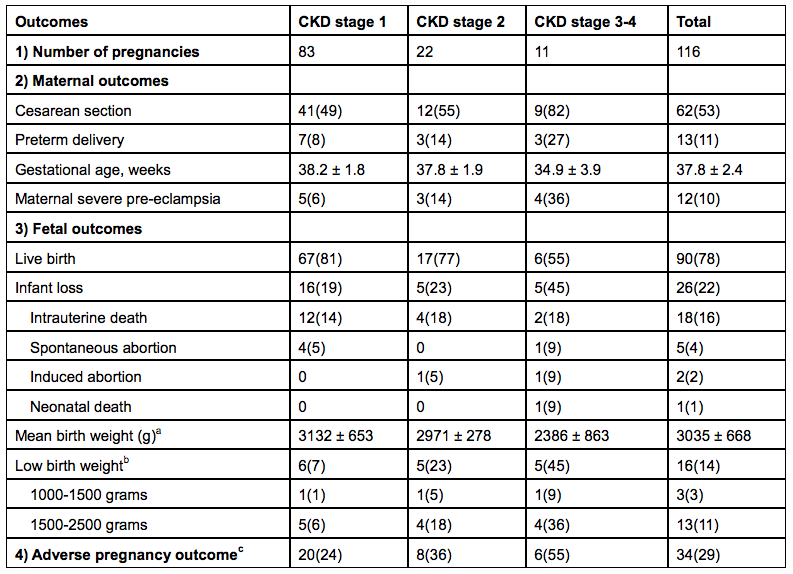 This study by Su et al examines the risk of pregnancy in subjects with IgAN. Overall, pregnancy does not seem to affect the progression of renal disease in these subjects with IgAN, but this data is mostly from subjects with CKD 1 and CKD 2. The number of subjects in this cohort with CKD 3-4 is small (11) so the subgroup analysis showing worse progression of kidney disease needs to be considered hypothesis-generating at best. It is important to note that this is a Chinese cohort and thus, may not be generalizable to all women with IgAN. Pregnancy outcomes are not compared to the general population; however, a recent retrospective cohort study in China found ~2% of pregnancies in the general population were complicated by severe pre-eclampsia. This cohort of patients with IgAN had an overall risk of severe pre-eclampsia that was worse at 10%.

This study has findings similar to other studies of the risks of pregnancy in women with CKD and adds to our currently available data that we can use when counseling women with IgAN on their risks during pregnancy. This data shows that CKD staging in IgAN can provide clinicians with information in terms of kidney disease progression and maternal fetal outcomes.

2 Comments on Impact of IgA Nephropathy on Pregnancy