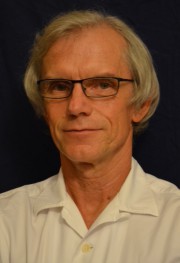 Tibor Nadasdy, MD, is a Professor of Pathology at The Ohio State University. He graduated from the Szent-Györgyi Albert Medical University, Szeged, Hungary, where he became a pathology resident and later a junior faculty. He developed an interest in renal and transplant pathology early on during his residency. In 1989, he joined Dr. Fred Silva at the Department of Pathology, University of Oklahoma and worked with him as a Kimmelstiel-Pirani Fellow in Renal Pathology. Later he moved to the Department of Pathology at the Johns Hopkins Medical Institutions, where after completing a US residency program in Anatomic Pathology, he joined the faculty. At The Johns Hopkins Medical Institutions he was fortunate to learn from and work with Dr. Robert Heptinstall, one of the fathers of renal pathology. After a few years at the University of Rochester, he became the Director of Renal and Transplant Pathology at The Ohio State University.