Note: Tolvaptan is not approved for use in US for Polycystic Kidney Disease, though it is available for that indication in Canada, UK, Japan, and other places.

The Canadian Society of Nephrology (CSN) has an event every year at the ASN #KidneyWk, seizing the opportunity of a large Canadian contingent. This year, there was a debate, held at the famous San Diego Zoo, which was attended by over 200 individuals. The topic was quite timely, given recent approvals of tolvaptan in the UK and Canada for treatment of autosomal dominant polycystic kidney disease (ADPKD or PCKD). The formal resolution for the debate this time was “Be it Resolved: Tolvaptan delays progression to ESRD in patients with autosomal dominant polycystic kidney disease”. Arguing for the resolution was Dr. Ahsan Alam from McGill University, Montreal, and against was Dr. Manish Sood, from the Ottawa Hospital and Ottawa Hospital Research Institute. As is common for CSN events, both these speakers are relatively young, within 10 years of completing their fellowships, and still at an Assistant Professorship level, though both have n output of a large enough body of research that suggests they won’t remain at this level for long.

Dr Alam started off by specifying that he does not think tolvaptan is for everyone with ADPKD. In patients with ADPKD, kidney function remains quite stable for many years, and then has a rapid inexorable decline. It is important to identify patients when this decline is imminent, or in the early stages – so not too early, and not too late. The Total Kidney Volume (TKV) is a useful tool to help identify these patients. There is data from the CRISP investigators establishing TKV as a very useful measure for patients who are likely to progress downhill further (with TKV > 650 mL compared to normal TKV ~ 300 mL, corresponding to renal length on ultrasound > 16.5 cms) [for more on TKV, follow these tweets from a presentation by Dr Chapman]. Secondly, tolvaptan has a lot of biological plausibility, ever since the role of vasopressin causing cyst growth was discovered. Most importantly, the results from the seminal TEMPO trial (presented at the late breaking trials session at ASN 3 years ago) were quite positive, in slowing cyst growth, GFR decline, and important patient oriented outcomes such as pain. Dr Ahsan emphasized again that tolvaptan is not for everyone – it is for those with large kidneys and a large cyst burden (aka “size does matter”).

Dr Manish Sood started off in very broad terms, pointing out the problems with surrogate outcomes (see link for a great review by the Institute of Medicine), and the fact that we have been burnt by surrogate outcomes many times before, notably the normalization of hemoglobin and erythropoietin in nephrology, but also torcetrapib and in cancer. He also recommends caution, especially since a lot of the available data comes from industry funding, channeling Marcia Angell. Getting down to specifics, Dr Sood pointed out that with respect to TKV, some of the data rests on small numbers, with 5 cases of ESRD in 51 patients, and that even though everolimus decreased TKV growth, it did not affect GFR decline. He seemed to have done a deep dive into data from the FDA (PDF link), covering their reasons for not approving tolvaptan, suggesting concerns about missing data and other biases that could attenuate, if not negate many of the rosy results from TEMPO. Also, given the 7 liter (versus 4 liter in placebo) urine output, he questioned the blinding in TEMPO and whether that could have biased some of the subjective outcomes such as kidney pain. 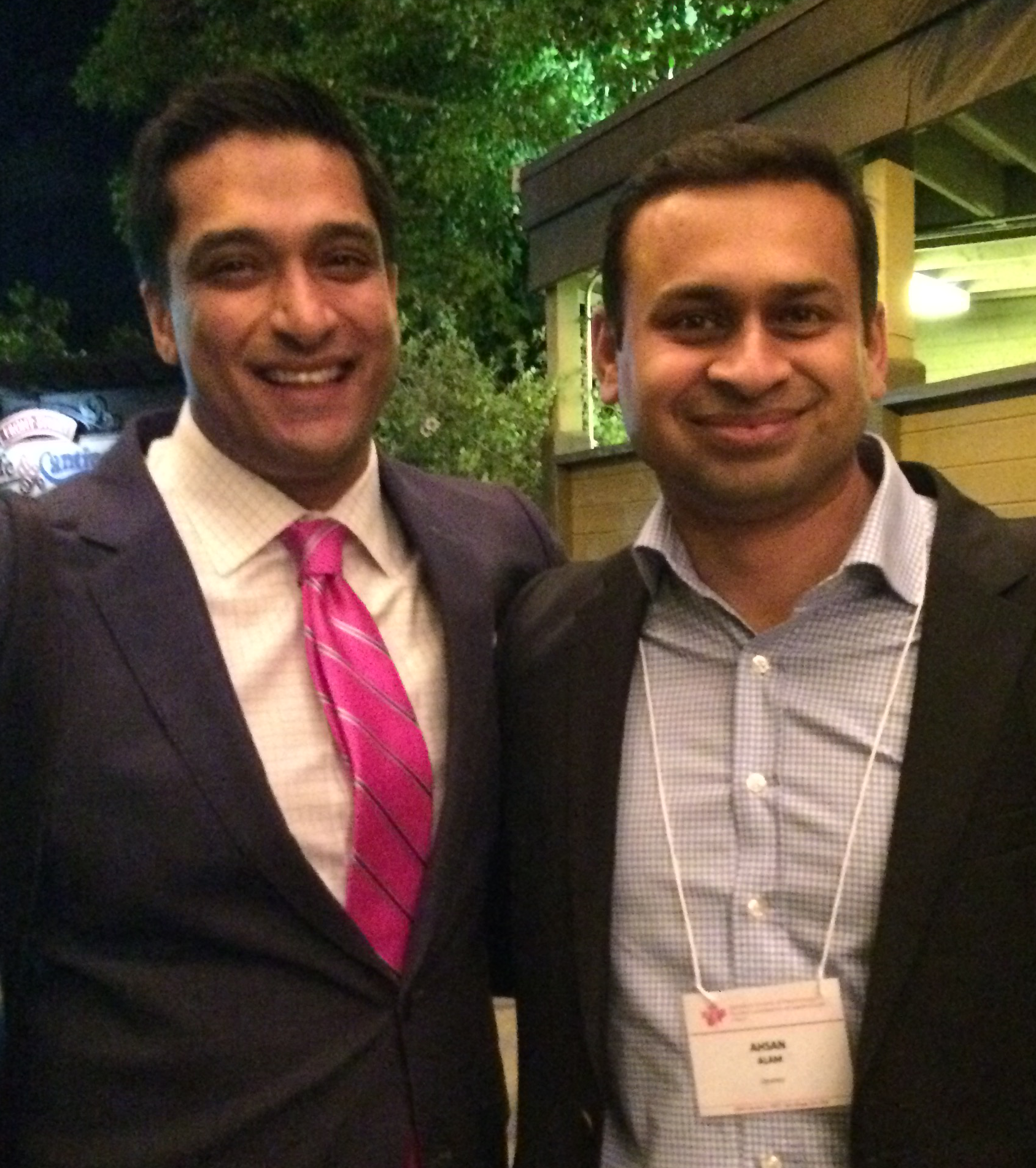 The rebuttals focused on the hitherto unmentioned elephant in the room: cost. Dr. Alam pointed out to a recent appraisal from NICE in UK, which arrived at an acceptable incremental cost effectiveness ratio of under £30,000 per quality adjusted life year, albeit with an unspecified discount offered by the manufacturer. Dr. Sood showed the published economic analysis, which reported that a 95% reduction in price was needed to make tolvaptan cost effective, even after using the most optimisitic scenarios. There was some discussion on the drug-induced liver injury (for more on that and Hy’s Law, check out this explanation from FDA), and that regular, monthly monitoring of liver status is prudent. Lastly, the REPRISE trial, with over 1200 patients and with meaningful outcomes, should be completed soon, and will help resolve this discussion.

Overall, this was a very stimulating and well argued debate from both participants, with a lot of typically irreverent jabs thrown, but with an extremely impressive amount of study data that had been combed through.