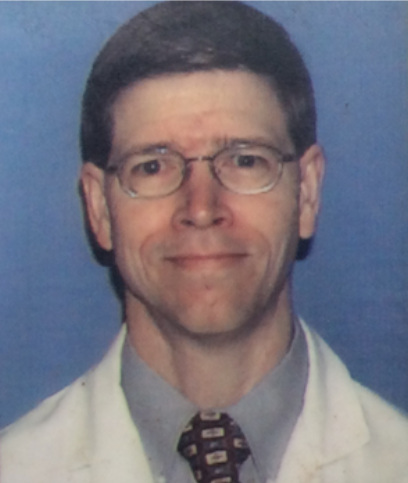 BD: All patients on hemodialysis need a vascular access to permit transfer of blood between the patient and dialysis machine. A functioning arteriovenous fistula, particularly a radiocephalic fistula (RCF) in the distal forearm, is the optimal vascular access for hemodialysis. Once established, the RCF has the lowest rate of access complications and access failure and is associated with the longest patient survival of any vascular access.  However, nearly 70% of RCF will lose patency or require a procedure to maintain patency within the first year and nearly 50% will never mature to be usable for hemodialysis.

Vessel dilation and outward remodeling are important for successful fistula maturation. Failure of an arteriovenous fistula to mature into a usable access is largely due to impaired vessel dilation and the development of neointimal hyperplasia leading to venous stenosis, impaired blood flow and thrombosis.

Proteon Therapeutics developed PRT-201, a human type 1 pancreatic elastase (now designated by the chemical name, vonapanitase) for clinical use.  A small phase 1/2 dose response trial which has been published demonstrated that PRT-201 applied once to the arteriovenous anastomosis at the time of surgical creation of the fistula was safe and low doses (3-33 micrograms) may improve primary unassisted fistula patency.  A subsequent phase 2 trial, which has also been published, confirmed that low dose vonapanitase (10-30 micrograms) applied in the same manner at the time of fistula creation was safe and appeared to increase unassisted maturation. The 30 microgram dose also appeared to increase primary unassisted fistula patency in RCF.  After completion of the 1-year phase 2 trial, all patients whose fistula remained patent and not abandoned were entered into a pre-planned Registry for continued follow-up of access outcomes. The current prospective observational study reports the results of access outcomes in that registry cohort.

In the phase 2 trial, 151 patients (RCF, n=67; brachiocephalic fistula, BCF, n=84) were randomized to placebo (n=51) or vonapanitase 10 µg (n=51) or 30 µg (n=49). After 1-year, 92 fistula were patent and entered into the Registry for extended follow-up. After a minimum follow-up of 3 years (mean follow-up of 22 ± 15 months) , 63 were still patent; placebo group (n=19), 10µg vonapanitase (n=19) and 30µg vonapanitase (n=25). No safety concerns were identified on extended follow-up. Overall there was no statistically significant effect of vonapanitase on primary unassisted patency, secondary patency or use for hemodialysis. However in the group receiving 30 µg vonapanitase there was a statistically significant 68% decrease in the procedure rate required to restore or maintain access patency (P=0.03). In addition, in the subgroup of patients with a RCF, 30 µg PRT-201 was found to significantly improve primary unassisted patency (HR .37, 95% CI=0.15-0.91; p=.02), and secondary patency (HR 0.24, 95% CI=0.05-1.10; P=0.046). There was also an increase in the number of RCF usable for dialysis from 56% in the placebo group to 86% in patients treated with 30 µg vonapanitase, however this was not statistically significant.  In summary, treatment of RCF with 30µg of vonapanitase at the time of fistula creation was associated with an increase in primary unassisted and secondary patency and a decrease in procedures needed to maintain or restore fistula patency.

AJKDblog: Can you tell us about human type 1 pancreatic elastase and how that impacts fistula potency?

Human type 1 pancreatic elastase, vonapanitase is an investigational new drug. It is a 26 kD serine protease that fragments elastin but not collagen fibers. It has a localized effect and is rapidly inactivated by blood antiproteases which prevent its having a systemic effect. Local application of vonapanitase to the adventitial side of the arteriovenous fistula has been shown to cleave elastin fibers present in the adventitial surface of arteries and veins. It is postulated that cleavage of elastin and production of elastin fragments may alter the activation, differentiation or migration of adventitial fibroblasts and thereby decrease the development of neointimal hyperplasia and stenosis leading to fistula failure.

A phase 3 randomized, double-blind, placebo-controlled trial of vonapanitase in RCF is currently underway in the United States to test the efficacy of vonapanitase to prolong patency and increase usability of RCF. Study enrollment should be completed this year with the 1-year follow-up in all patients completed in 2016.