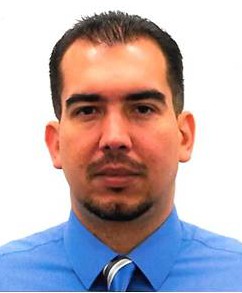 CC: We are presenting a case of a 70-year-old woman who initially presented with findings of pre-renal AKI that did not resolve after a few days of intravenous hydration. A kidney biopsy was performed that had findings consistent with myeloma cast nephropathy in the setting of diffuse fibrosis and tubular atrophy. The patient was immediately initiated with the proteasome inhibitor bortezomib, cyclophosphamide, and dexamethasone, but because her presenting creatinine was 8.95mg/dL and had not improved, she was also initiated on plasma exchange. She received five total treatments with a noted decrease in her creatinine in the first five days, but more importantly a prolonged effect beyond the days of the procedure itself. We are presenting this case partially because the effect of plasmapheresis is still debated. Performing an early renal biopsy if myeloma cast nephropathy and AKI are concurrently present may lead to improved renal recovery outcomes.

AJKDblog: Do you think that chemotherapy + plasmapheresis should be reserved for patients presenting with severe AKI with biopsy proven cast nephropathy or all patients with cast nephropathy?

CC: Yes, if patients are developing AKI as a result of myeloma renal biopsy should be pursued to confirm whether myeloma cast nephropathy is present. In patients who have this biopsy-proven finding, plasmapheresis should strongly be considered as an adjunctive therapy to chemotherapy.

Early reduction of free light chain burden via early intervention of plasmapheresis has implications for development treatment strategies that may potentially improve renal recovery rates for patients with myeloma kidney. Ultimately, patients that obtain myeloma remission, will move on to a bone marrow transplant where a preserved renal function will better serve them.

AJKDblog: Does plasmapheresis have better response with a lambda based myeloma compared to kappa?

CC: To our knowledge there is not a difference between treatment with plasma exchange in lambda vs. kappa based myeloma. The difference in the volume of distribution between them is negligible. Clark et al. in a paper published in the 2005 in the Annals of Internal Medicine did not note a difference between those patients receiving plasma exchange for the treatment of myeloma cast nephropathy. Interestingly, Hutchison et al. in 2007 published in JASN a trial using protein leaking dialysis with high cutoff dialyzers which showed no significant difference in free light chain removal between kappa and lambda light chains despite there difference in size 25kD vs 50kD, respectively. It is our opinion, that kappa and lambda myeloma cast nephropathy be treated similarly from the plasma exchange perspective.