One of the highlights of the Canadian Society of Nephrology (CSN) 47th annual general meeting that just finished in Montreal, was the many debates that were conducted. These debates are, of course, more entertaining by their very nature, but in addition they also highlight that in medicine there is no single answer to any clinical scenario. This particular debate was about the blood pressure (BP) target in proteinuric, non-diabetic, chronic kidney disease (CKD), where indeed, there exists a difference in the recommendations from the existing guidelines. The KDIGO guidelines on blood pressure management in CKD recommend a blood pressure target of 130/80 or lower in CKD patients with proteinuria (defined as urinary albumin excretion > 30 mg per 24 hours). On the other hand, the Canadian Hypertension Education Program (CHEP), which is notable for doing a regular, annual update on their recommendations, suggests 140/90 for all non-diabetic CKD, whether proteinuric or not. Similarly, the CSN commentary on the KDIGO guidelines (published in the AJKD), disagreed with KDIGO on this issue and went along with their CHEP national brethren. For today’s debate, the proposition was ‘Be it resolved that the target blood pressure for patients with chronic kidney disease and proteinuria should be 130/80’. Arguing for the proposition was Nav Tangri from Winnipeg (and AJKD Blog Contributor), and against the proposition was Rob Quinn from Calgary. Of special interest is that both of them are co-authors on the CSN commentary, and hence they likely knew their respective opponents case very well. Another similarity is that they both hold a PhD in epidemiology, but used the same tools and the same literature to arrive at diametrically opposite conclusions.

Starting off, Nav Tangri showed all the strong, and robust data that supports the association of proteinuria, over and above CKD itself, with cardiovascular events and mortality. Apart from these epidemiological data, he quoted 4 randomized trials, MDRD, AASK, ESCAPE and STENO-2.  Firstly, the MDRD study, though overall negative, showed in a subsequent analysis, that there was a difference between the lower BP arm compared to the higher BP arm in the subgroup that had >1 g proteinuria per day, with respect to the outcome of a decline in GFR.

Secondly, the AASK trial, with data from the follow-up cohort phase despite an overall negative outcome, did show a difference between those with proteinuria (defined as protein:creatinine ratio >0.22) in whom there was a benefit with lower blood pressure, and those without proteinuria, in whom there was no such benefit. Similar signals were reported in the STENO-2 study (in diabetics with microalbuminuria) and ESCAPE (in children). Lastly, he also showed the results of a systematic review and meta-analysis which pooled these and some other studies, and suggest that a lower BP target produces better outcomes, especially in patients with proteinuria. Dr Tangri also attempted a pre-emptive strike against his opponent, by quoting the REIN-2 study, and pointing out that the achieved difference in blood pressure between arms was only 3 mm Hg, which could very well explain the lack of benefit with lower BP. 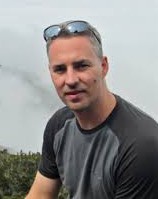 Rob Quinn then took the stage, by predictably starting off with the REIN-2 trial. He stressed that this is the only published trial conducted in non-diabetic, proteinuric CKD patients, who were all being treated with an ACE inhibitor already, and were randomized to a lower target blood pressure with felodipine. The results were unequivocal, with a perfect HR of 1.00 (95% CI, 0.61-1.64), despite enrolling over 300 patients. Dr. Quinn then tackled the MDRD and AASK results that Dr. Tangri had used to bolster the proposition. The results in both these papers are from subgroup analyses, and these were not pre-specified. He used a great example from a Lancet review, showing that  subgroup analyses can lead one astray, with a differential effect apparently seen when patients were grouped based on the seven days of the week that they were treated:

Fig 2 from Rothwell, The Lancet, © 2005 Elsevier Ltd. Reproduced with permission.

This does not make any biological sense, and is an artifact of the way the data gets sliced and results in chance findings. The parallel with AASK study was that in the subgroups of these studies, counter to the benefit seen in proteinuric CKD patients, there was a paradoxical greater risk of bad outcomes with low BP target in the non-proteinuric CKD patients, suggesting these subgroup results may be artifactual. Lastly, he also pointed out that another re-analysis of the AASK study showed potential pitfalls in interpretation of all these data. Patients who achieve a lower BP do have a better outcome overall, irrespective of the arm they were randomized to.

Being nice and friendly Canadians, there was a friendly rebuttal, but no vote from the audience to decide a winner. It does highlight that there are no easy answers in clinical medicine, and that guidelines, to paraphrase Douglas Bader, should be used more for guidance than obedience.