The KDIGO Chronic Kidney Disease–Mineral and Bone Disorder (CKD-MBD) Guideline Update was released last month. The team at KDIGO, as usual, did a great job presenting the update for people with differing needs and goals. The guideline update comes in three serving sizes:

Looking at the new guideline, there are 15 changes from 2009. Some of these changes are due to improved knowledge from well-done prospective and interventional trials to replace the cross-sectional and observational data that underpinned much of the original guideline. This is most clearly seen in the areas of osteoporosis where new data in CKD patients have shown bone mineral density (BMD) tests to be validated for assessing fracture risk in CKD patients. Additionally, physicians have gained experience with anti-resorptive agents in CKD, so the guideline no longer recommends a bone biopsy prior to prescribing these agents. (See guideline recommendations 3.2.1, 3.2.2, 4.3.3, 5.5, 5.6).

But other recommendations have changed less because of new data and more due to changing expectations and increasing humility with regards to guideline recommendations in general. Take a look at what the Executive Summary had to say on the recommendations for phosphorus in CKD:

Consequently, the Work Group has abandoned the previous suggestion to maintain phosphate in the normal range, instead suggesting that treatment be focused on patients with hyperphosphatemia.

Looking at the 4 conclusions for the change in the guideline, none of them are dependent on new data. The data that is lacking in 2017 was also lacking in 2009. The data didn’t change, but the interpretation did. KDIGO was no longer willing to take the leap of faith. Granted, the actual change in the guideline was pretty subtle, but I am encouraged by this and hope for more adherence to strict evidence standards, patient-oriented outcomes, and prospective, randomized, controlled, 1A-evidence.

Looking over the guideline in total, one can’t help but be a bit depressed. A grade heatmap below (note some recommendations have more than one grade): 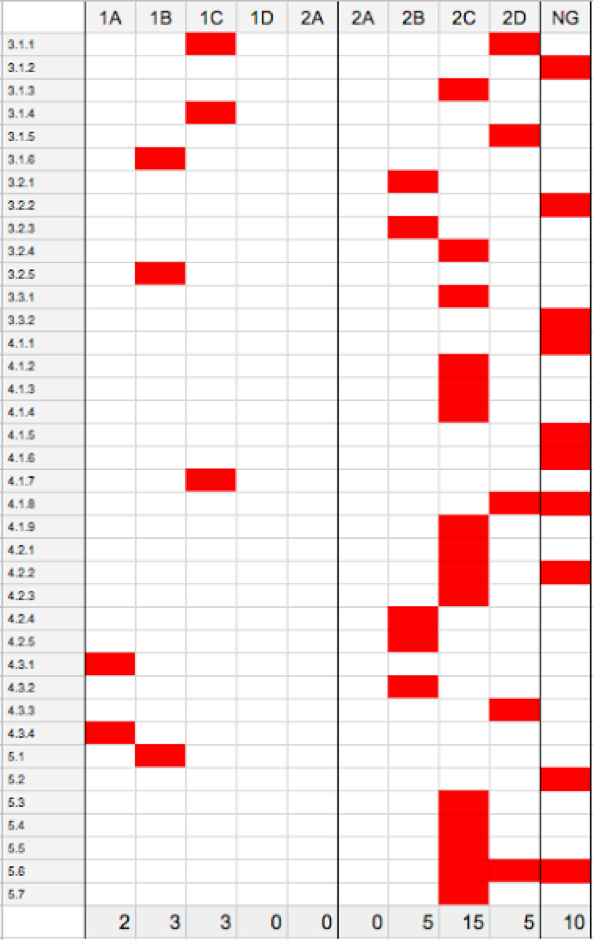 There are 38 separate guideline recommendations representing 43 scores; of these, 10 are not graded. Looking at the 33 evidence grades, 23 are C and D level, meaning the quality of the evidence is either low or very low. Only 2 of 43 recommendations are A-level evidence, ie a high grade of evidence with a large degree of certainty that the true effect is close to the estimate.

KDIGO provides research recommendations for each guideline, but despite nearly a decade between the original guideline and this update, only a single guideline improved its evidence score (4.1.4: recommending a dialysate calcium bath of 1.25 to 1.5 mmol/L improved from 2D to 2C).

Nephrology has long bemoaned the lack of prospective trials. Poor evidence and lack of progress in improving it show that the way we have been handling patient-oriented research may be failing both doctors and patients. It is time for new ideas to break the evidence stalemate.

1 Comment on KDIGO CKD-MBD Updated Guideline: The More We Know, The Less We Know