In an article recently published in AJKD, Dr. Michael Emmett reported a case of salicylate poisoning in association with a negative serum anion gap. Salicylate poisoning is classically associated with a mixed acid-base disorder: respiratory alkalosis and a high anion gap metabolic acidosis. The respiratory alkalosis is the result of hyperventilation from direct stimulation of the respiratory centers in the central nervous system. The high anion gap metabolic acidosis is caused by lactic acidosis and ketoacidosis as result of the uncoupling of the oxidative phosphorylation in the mitochondria. Salicylates itself also contribute to the elevation of the serum anion gap. Why then did this patient develop a negative serum anion gap? Dr. Emmett went on and reviewed some of the pitfalls and pearls in the interpretation of a negative serum anion gap, which help to explain the unexpected laboratory abnormalities observed in this patient. 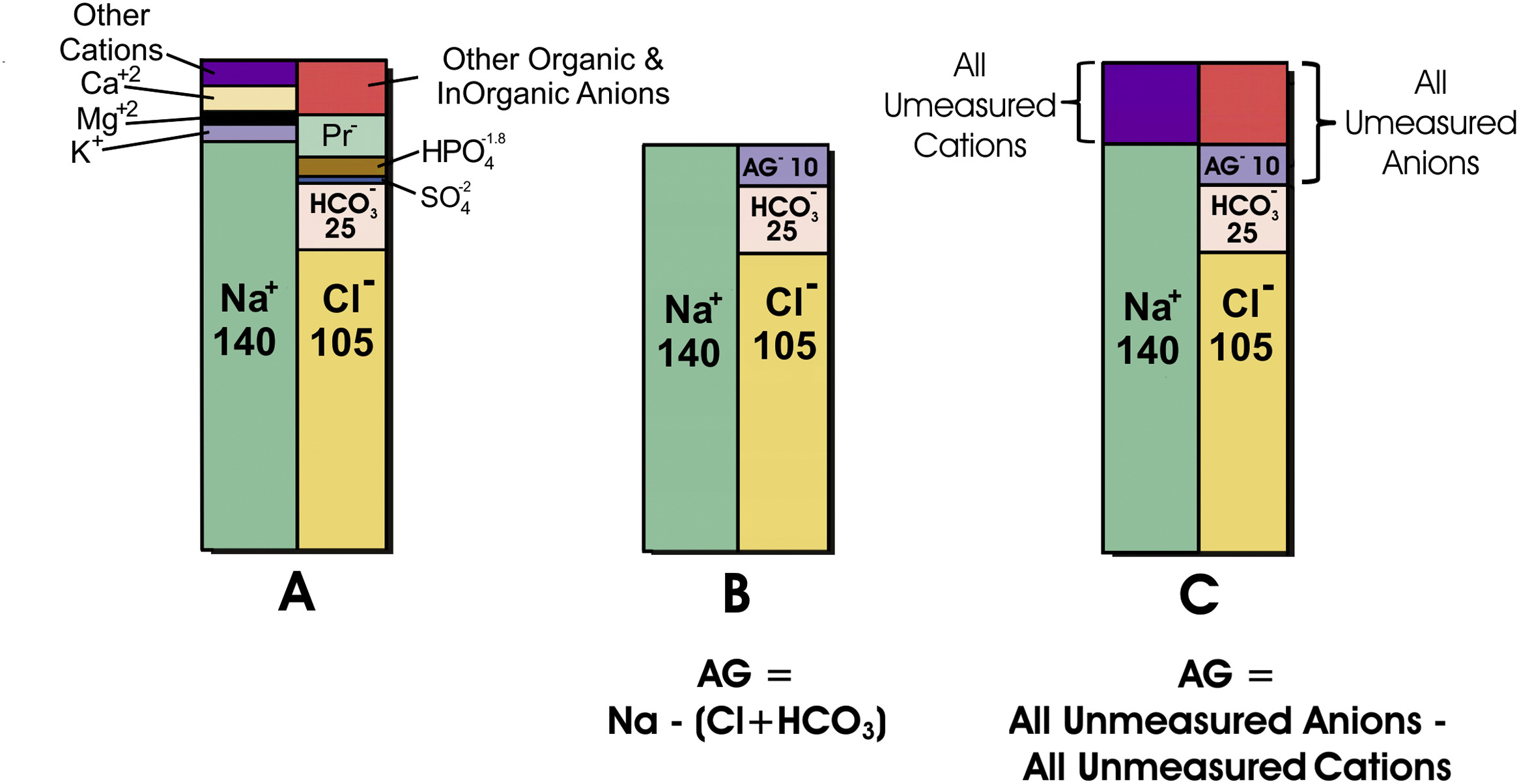 Based on the above, the 4 potential mechanisms that can explain the generation of a negative serum anion gap are as follows:

Sporadic laboratory error (non-reproducible) is a common cause of a negative serum anion gap. Repeating the measurement will rapidly uncover the problem.

Decreased unmeasured anions are usually the result of hypoalbuminemia. Other unmeasured anions, such as phosphate, typically have very small concentrations to significantly affect the serum anion gap.

Systematic laboratory error (reproducible) is also a significant mechanism of a negative serum anion gap. Decreased measured cations are mostly limited to reduced serum sodium concentration, which is usually caused by pseudohyponatremia, a laboratory artifact from hyperproteinemia, hypertriglyceridemia, or hypercholesterolemia. Increased measured anions means either increased serum chloride or bicarbonate concentration. Increased serum bicarbonate concentration usually occurs as a result of pseudohyperbicarbonatemia caused by monoclonal proteins. Serum chloride concentration can occur as a consequence of pseudohyperchloremia, a laboratory artifact. Pseudohyperchloremia may be a result of bromide intoxication since bromide reacts more strongly than chloride when sensed by the ion-selective electrodes used to measure chloride (e.g., one bromide ion may register as 2 or more chloride ions). Bromide intoxication is rare nowadays since most bromide-containing medications have disappeared from the market (note: some exceptions include pyridostigmine bromide for Myasthenia gravis). Salicylates can also interfere with chloride measurement in the clinical laboratory. This artifact is electrode-specific with some types of electrodes having a more sizable effect. It also becomes more pronounced as the electrodes age. The electrodes used in the case reported by Dr. Emmett were in the middle of its life cycle and resulted in a significant error. Sodium thiosulfate and cyanide poisoning can produce a similar laboratory artifact with overestimation of chloride.