The teams in the Transplantation region beautifully illustrate why transplantation is an exciting field to work in.  The region is also filled with a large number of wonderful teams including many that are up and coming that did not qualify for the tournament this year (such as Biomarkers – perhaps next year?). I won’t give you my pick till the end, though I will note upfront that this is really a difficult choice. Let’s examine the matchups: 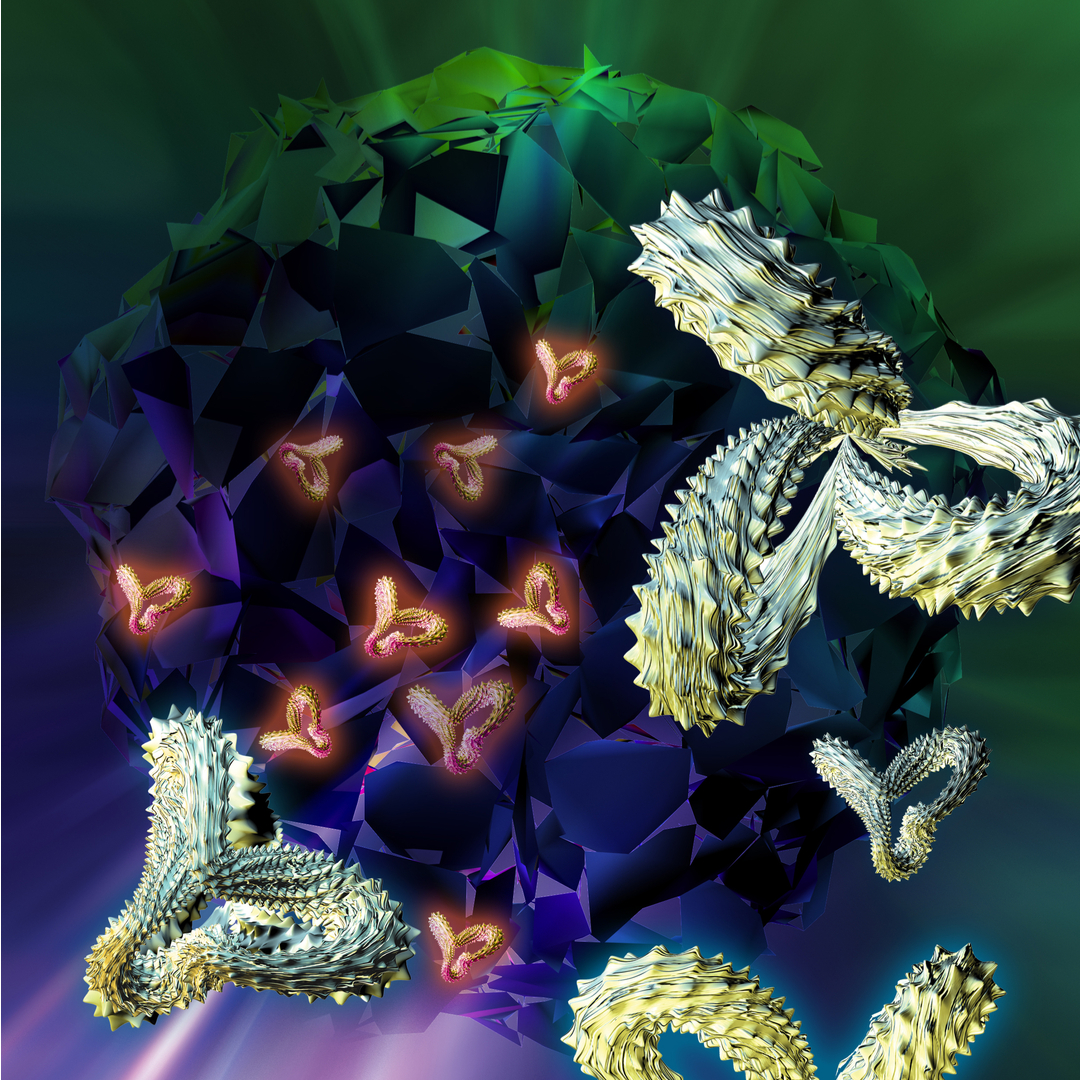 Pathogenic DSAs (donor specific antibodies) are an incredibly strong team and one whose toughness the transplant community has feared for years. In 1969, Patel and Terasaki published that positive pre-transplant crossmatches (performed by mixing recipient serum with donor lymphocytes) were associated with a high likelihood of hyperacute rejection. The positive crossmatch indicated the presence of pre-transplant DSAs. After that observation, whenever possible, crossmatch positive transplants were avoided.

In the early 1990s, Feucht and colleagues, found peritubular capillary C4d deposition in biopsy specimens obtained from kidney transplant recipients with graft dysfunction. C4d is a degradation product of the classic complement pathway and its deposition is a consequence of an antigen-antibody complex fixing complement.  Feucht’s finding led the transplant community to appreciate that DSAs can play a long term destructive role in the allograft, even if the pre-transplant crossmatch was negative.

Post-transplant DSA activity can go undetected, unless specifically looked for, as creatinine levels may not initially increase despite underlying kidney pathology. Once detected, a number of strategies can be employed to reduce or eliminate them, including plasma exchange, IVIG, rituximab, and bortezomib.

Unfortunately, the efficacy of these approaches is often limited or poor, particularly when used in the setting of chronic antibody mediated rejections. Overall, the most effective way of dealing with DSAs, when possible, is to stay away from them at the start and to avoid immunosuppression underdosing to prevent de novo formation after transplant. Team “Pathogenic DSAs” is indeed a formidable contender. 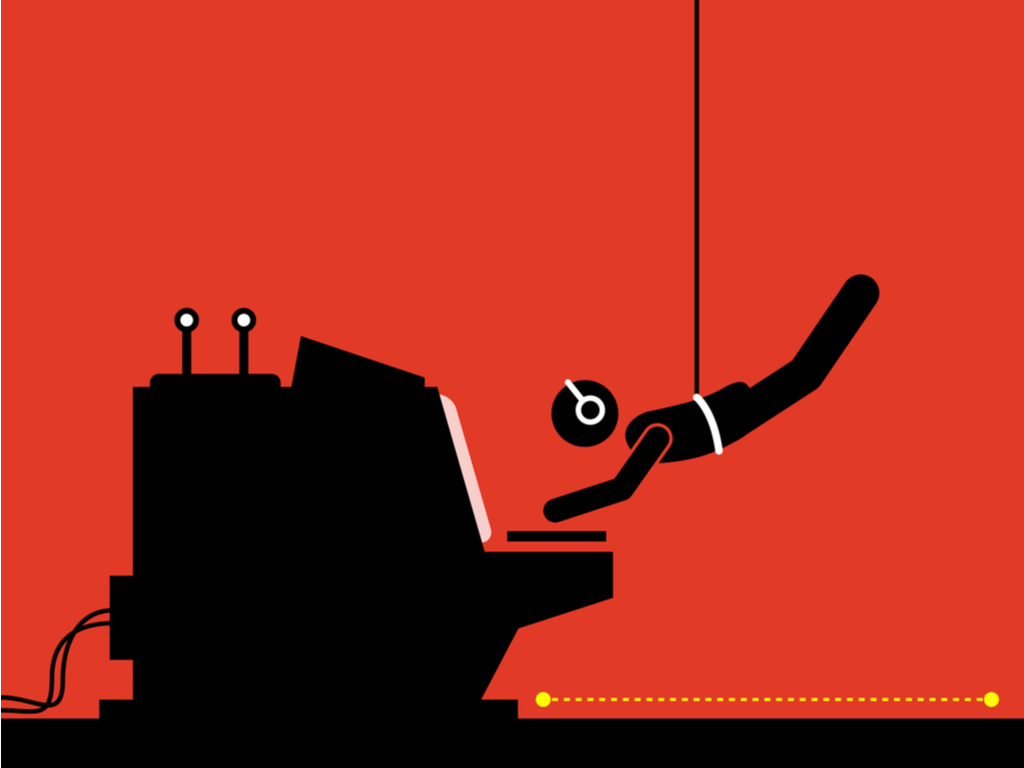 The Untransplantables is a team with several strategies, some more effective than others. Desensitization and IDES may reduce DSAs, making it possible to successfully transplant; however,  these approaches have limitations. Transplant outcomes for patients who undergo desensitization, though better than remaining on dialysis, are not as good as those seen in individuals who do not have pre-existing DSAs against their transplant.

Chains and swaps can be used as strategies to avoid DSAs. However, they are not always possible, and at times, employing desensitization in conjunction with a chain or swap is required to enable transplantation. I am a particular fan of chains because of the transplants that they have produced as well as the collaborative spirit they have brought to the transplant community. Physicians, coordinators, kidney donors, and centers far and wide leave competition behind to cooperate effectively to make kidney transplantations happen.

In this first match-up, despite the formidable nature of “Pathogenic DSAs,” I like the prospects and future of The Untransplantables. It is a relatively young team that, with innovations such as IDES, will become stronger over time. I make this choice knowing full well that DSAs are not easily beaten. They may come back (that sneaky team) and cause late injury such as chronic antibody-mediated rejection. 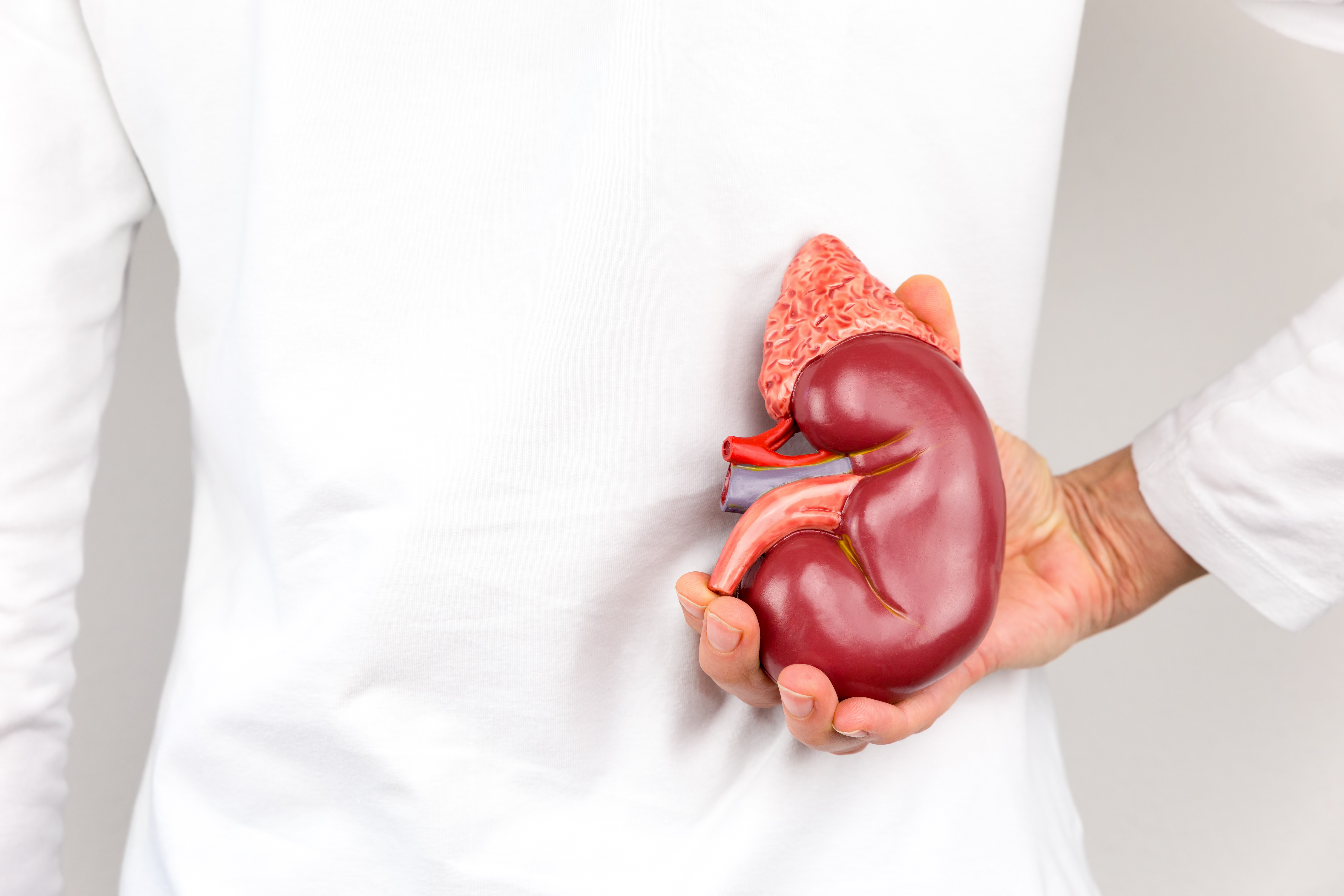 This team made its debut at the Brigham on December 23rd 1954 when Robert Herrick donated his kidney to his identical twin, Richard Herrick, who suffered from IgA nephropathy. Kidney donor risk can be broken down into 3 phases: the risk of testing for donation, the risk of the procedure, and the longterm risk. This last risk is the least well-understood and the one that is currently receiving long overdue focused attention. Important efforts are underway to identify potential risk factors (such as APOL1) for post-donation kidney dysfunction and failure, pinpoint associations (eg hyperuricemia, hypertension, and preeclampsia), and quantify risk at the time of donation. Calculators are being developed to gauge baseline and longterm risk after donation.

The idea of quantifying ESRD risk in prospective donors is appealing because it can help with standardization of clinical practice, informed consent, and individualization of post-donation follow up. However, relying on risk calculators to determine eligibility for donation has limitations. Misunderstanding or misusing the data could lead to either unnecessary exclusion or inappropriate acceptance of candidates. Calculators may not be accurate in younger candidates as risks for kidney disease may not develop until later in life.

Team Kidney Donor Risk has been an underappreciated player for a long time. Few know that the first living donor, Robert Herrick, was on dialysis for several years at the end of his life. We cannot know with certainty that his kidney failure was a consequence of his donation, but it is hard to dismiss some connection and refute that the donation he had made decades before may have played some role in his needing renal replacement therapy.

This is a truly exciting team. With the advent of Direct Acting Antivirals (DAAs), hepatitis C virus (HCV), a longtime menace, has been rendered a curable disease. This is an important advancement when one considers that the discard rate for procured kidneys has been on the rise, from 5.1% in 1988 to 19.2% in 2009.  In 2015, 3,159 kidneys were discarded.

There are a number of explanations for the high discard rate, and having an HCV infection is one. Over 400 HCV-positive kidneys are discarded annually; only a small number of kidneys from HCV-viremic individuals are used. Some transplant physicians believe that these kidneys should only be transplanted into individuals already infected with hepatitis C while others believe that there is a place for using these kidneys for candidates who do not have hepatitis C. Early results from the THINKER and EXPANDER-1 clinical  trials suggest that the latter strategy can be done safely. And with over 95,000 currently waiting for a kidney transplant, reducing the number of viable kidneys we discard is of utmost importance.

With the recent opioid epidemic, the rate of deaths from intravenous drug overdoses has risen, leading to an increased availability of kidneys from young and often HCV infected donors. The American Society of Transplantation held a consensus conference that examined use of HCV kidneys in the era of DAAs.  The participants concluded that HCV-viremic donors are an underused resource. They also agreed that, until we have more information on outcomes, transplantation of organs from HCV-positive donors into negative recipients should be performed under IRB-approved protocols and studies. 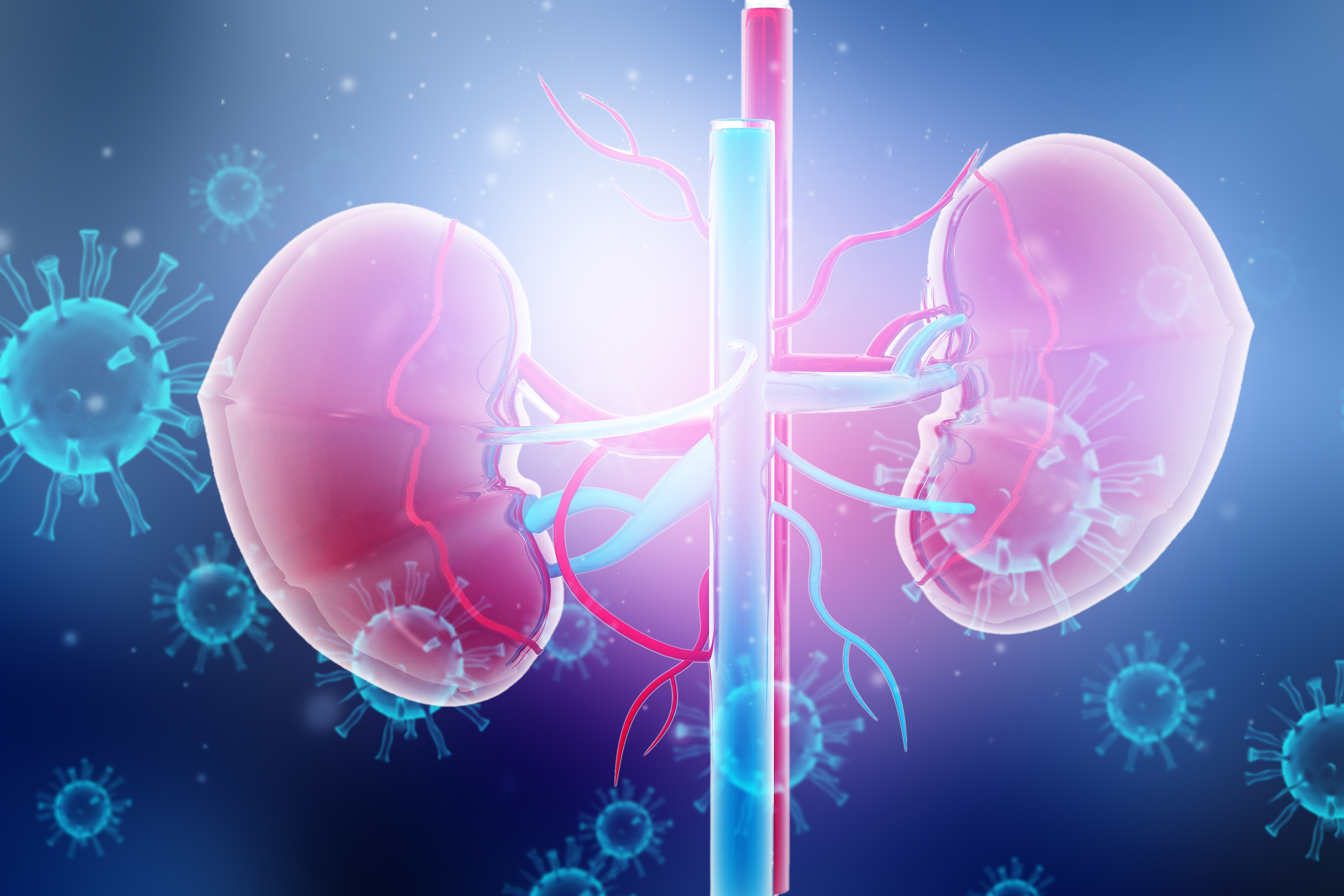 HIV-positive organs are also are included in this team, too. For many years, HIV-positive deceased donors were banned from participating because their kidneys could not be lawfully transplanted in the US. That is no longer true thanks to the HOPE ACT, signed into law by President Obama on November 21st, 2013 after being unanimously passed by the House and Senate.  The work and vision that went into overturning existing legislation by educating and convincing lawmakers, engaging medical societies, and introducing/promoting a bill that became the new law of the land is nothing short of awe-inspiring. This story is one of activism at its best.

There is a lot to like about the prospects of this young team, be it the effectiveness of the DAAs or changing federal policy. Of all 4 teams, this is the only one that benefits every single person in need of a kidney transplant.  This is the only one that expands the organ pool, thus addressing the organ shortage. Now that I have gotten you really excited about this team, you may be wondering why this is even a contest. Every team has its Achilles heel.

The weaknesses of team Virally Infected Kidneys include its youth (studies for the safety of using HCV and HIV kidneys are still ongoing) as well as the uncertainty of insurance coverage for anti-HCV viral agents outside of study settings. Furthermore, HIV-positive organs transplanted into HIV-positive recipients has benefited only a few patients, and like HCV, is being done under study conditions. Nevertheless, any transplant done from a HCV-positive or HIV-positive donor directly benefits the individual receiving the kidney as well as indirectly the patients remaining on the waitlist (by decreasing the length of the wait).

For this matchup, I am picking Team Virally Infected Kidneys.  I like its spunk, story, and potential.

Now we have The Untransplantables versus  Virally Infected Kidneys, which  comes down to a battle between their star players, IDES and DAAs. IDES is a bit untested and has limitations of only reducing antibodies temporarily and not being able to be reused. DAAs are new to the scene, too. However, DAAs have led to sustained viral responses after one course. Transplant is an ever-evolving field, but for right now I give the edge to DAAS over IDES. If future studies indicate that IDES can be used to treat acute and chronic AMR, then I might predict a different winner.

For the Transplantation region, I pick team Virally Infected Kidneys as the winner. The name does not do the team justice, so much so that it almost doesn’t sound right to favor it over “The Untransplantable.” However,  if the team did a bit of rebranding and  changed its name to “Expanding the Organ Pool” (which is really what it does), then it would have a much more appealing image and it would feel a lot better to pick it.

In sum, if you enjoy following this region (and how could you not) then you have to choose team “Expanding the Organ Pool” (aka “Virally Infected Kidneys”) as the team that must win!