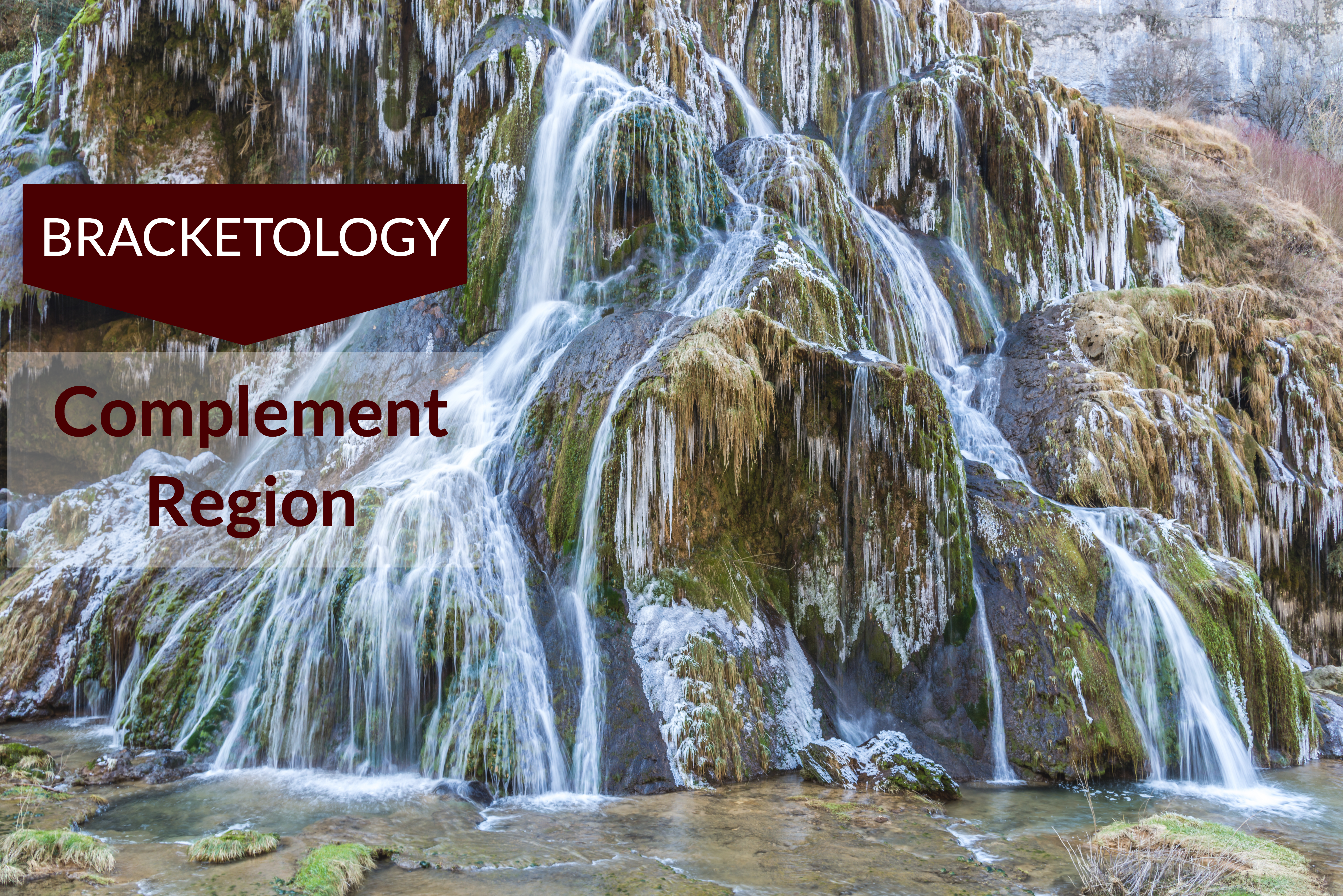 My brain craves simplicity, so this is my approach to understanding the complexity of the complement system. There are many other experts who are much better equipped to discuss the intricate details of the complement cascade, but I will focus on the big picture.

Complement is ready to destroy everything in its path as it circulates throughout the body and acts as a deadly security force, given its central role in innate immunity. Our own cells express complement regulatory proteins to protect itself from complement. (To learn more, watch this very educational 7-minute Pathoma video by Husain Sattar on complement and paroxysmal nocturnal hemoglobinuria).

Imagine this normal bell-shaped curve (Figure 1) as a representation of the entire population of the world and the distribution of the effectiveness of each person’s complement system. 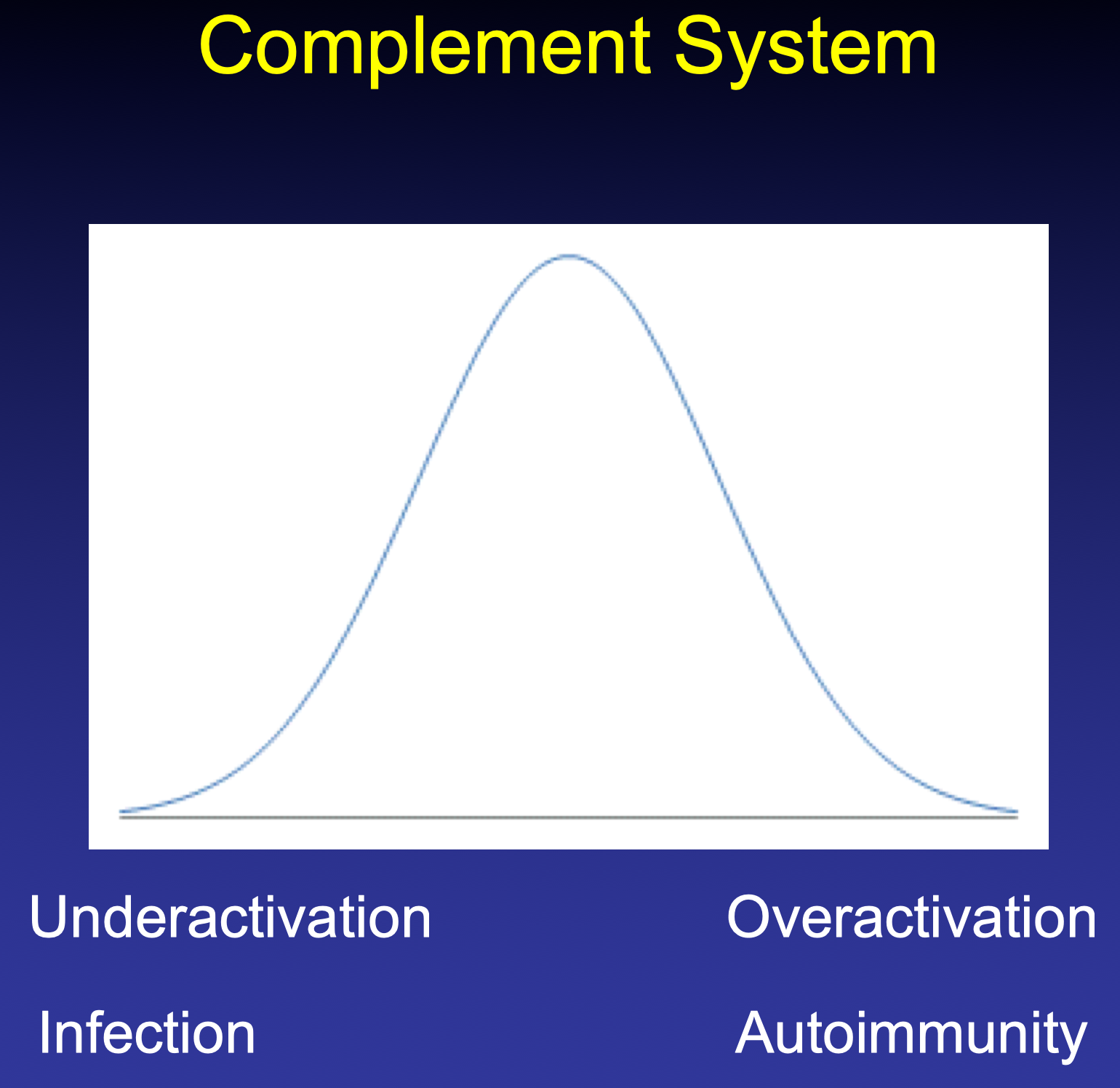 If you are on the left side of this curve, you would tend to have underactivation and a less effective complement system with an increased susceptibility to infections. If you are on the right side of the curve, you tend to over-activate complement with a propensity towards autoimmunity, which represents the double-edged sword of both innate and adaptive immunity. However, if you consider that being on the left side offers an enormous survival disadvantage, the reality is this curve should not be normally distributed. Over millennia as humans evolved, the evolutionary pressure to develop an efficient complement system would be very strong and there should be a huge skew to the right.

What is the evidence to support this theory? Infections remain the leading cause of death in the world. Sickle cell trait (HgbS) provides a survival advantage in the setting of malarial infection. The G1/G2 risk allele for APOL1 provides a survival advantage against trypanosomiasis. However, having two copies of the alleles for HgbS or the G1/G2 risk alleles are detrimental and represent a double-edged sword. A very efficient complement system is necessary to protect from fungal, parasitic, and bacterial infections, and in that sense, complement is analogous to sickle cell trait and APOL1, which protect from malaria and trypanosomiasis, respectively.

We recently encountered a black patient who had sickle cell trait, 2 APOL1 risk alleles, and atypical hemolytic uremic syndrome (aHUS). A few years ago, I would have concluded that this was the unluckiest patient, but now I realize that luck is not involved. Charles Darwin would have loved this example of how natural selection results in this phenotype. In fact, we have a cognitive bias towards Occam’s razor and the parsimony of diagnoses and this provides blind spots when we are caring for very complex patients, so it is important not to forget Hickam’s dictum. If you believe this explanation, then aHUS due to a genetic mutation would likely be polygenic, because all of the mutations that provided a survival advantage would be selected along every step of the complement cascade. Again, natural selection in action.

Let us consider scleroderma where 5-10% of scleroderma patients manifest with scleroderma renal crisis. Perhaps, this small subset of patients would be more likely to be on the right side of the skewed curve of Figure 1, as complement emerges as an important mechanism in scleroderma renal crisis. Or consider systemic lupus erythematosus where the patients on the right side of the curve will manifest with worse lupus nephritis (and I hypothesize that our black patients have a predilection for a very effective complement system, which could begin to explain why their lupus nephritis behaves more aggressively). One can apply any other kidney disease (e.g. ANCA GN, IgA nephropathy, etc) or clinical setting (e.g. kidney transplantation) to understand the emerging interest in the role of complement and complement inhibition in the treatment of a variety of diseases.