Despite our current understanding regarding the pathophysiology of autosomal dominant polycystic kidney disease (ADPKD), only one therapy has been approved by the US FDA. There has been recent interest in redefining end points for clinical trials targeting earlier stages of the disease, when GFR is preserved and patients are still asymptomatic. A recent Special Report by Smith et al published in AJKD addresses key considerations related to the design of such clinical trials.

To this end, on July 14, 2016, various stakeholders attended a meeting (Polycystic Kidney Disease Outcomes Consortium, PKDOC) to develop new clinical end points for ADPKD, ie surrogate end points for use in earlier stages of the disease. With the general consensus that ADPKD is serious and life-threatening, an “accelerated approval” process is appropriate. Accelerated approval is based on the effect on a putative surrogate end point that is reasonably likely to predict clinical benefit or on a clinical end point that is reasonably likely to predict an effect on irreversible morbidity or mortality.

The Accelerating Treatments to Patients (ATP) initiative is a comprehensive, integrated research and development program that represents the core of the work of the PKDOC. ATP was launched in 2010 to speed up development of treatments which could slow or stop the progression of PKD. Each of the programs within ATP is important and interconnected. 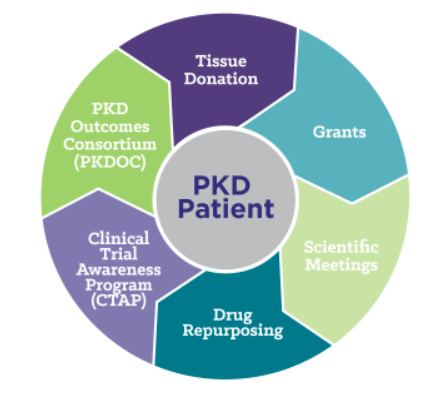 Selection of An Appropriate ADPKD Patient Population for Clinical Trials

Taking into consideration the risk for disease progression, total kidney volume (TKV) is currently regarded as a prognostic biomarker for ADPKD.

The ProPKD Score and Mayo ADPKD Imaging Classification are examples of scoring systems that take into consideration the relationships between age and kidney size, along with disease progression. 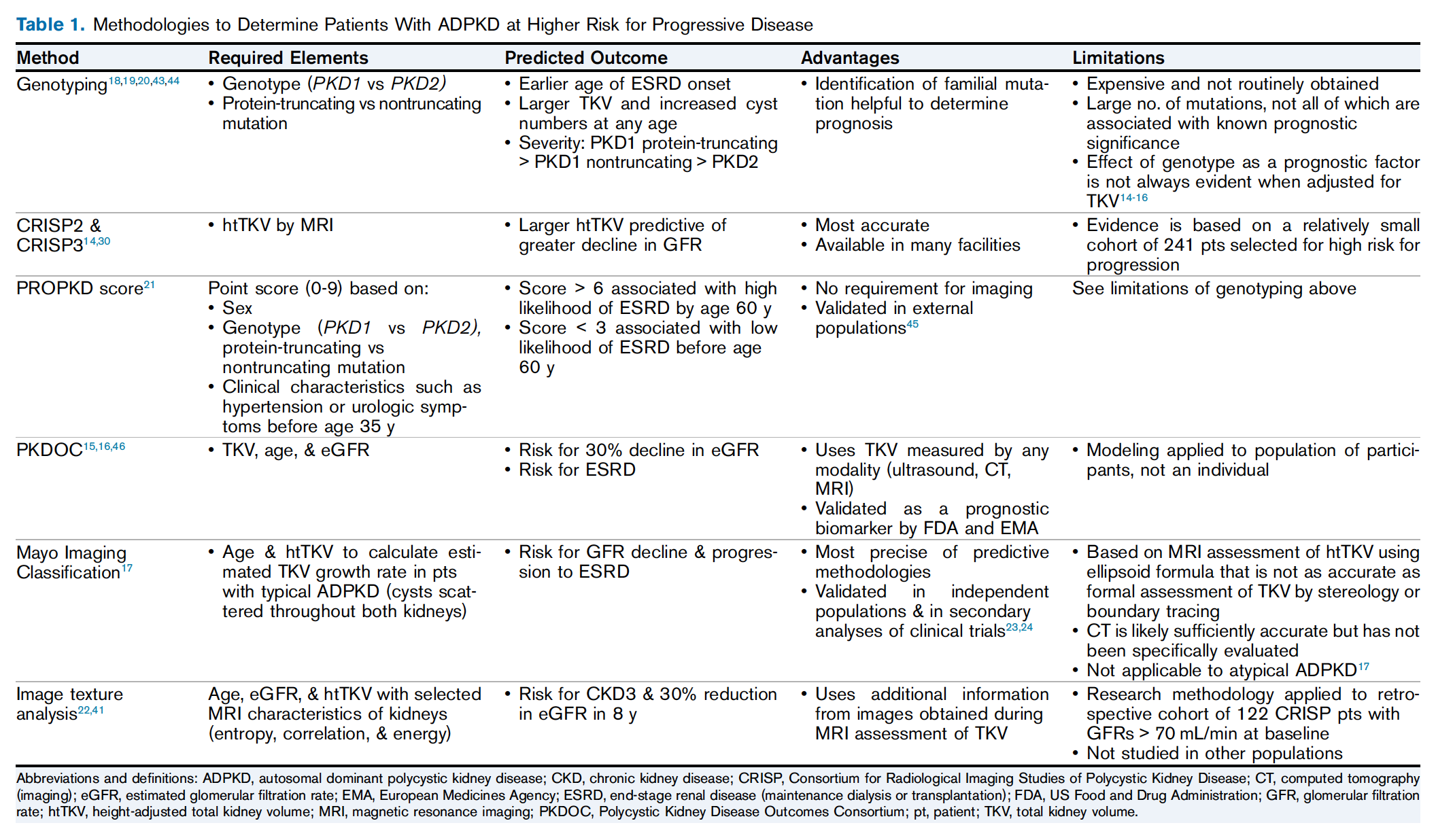 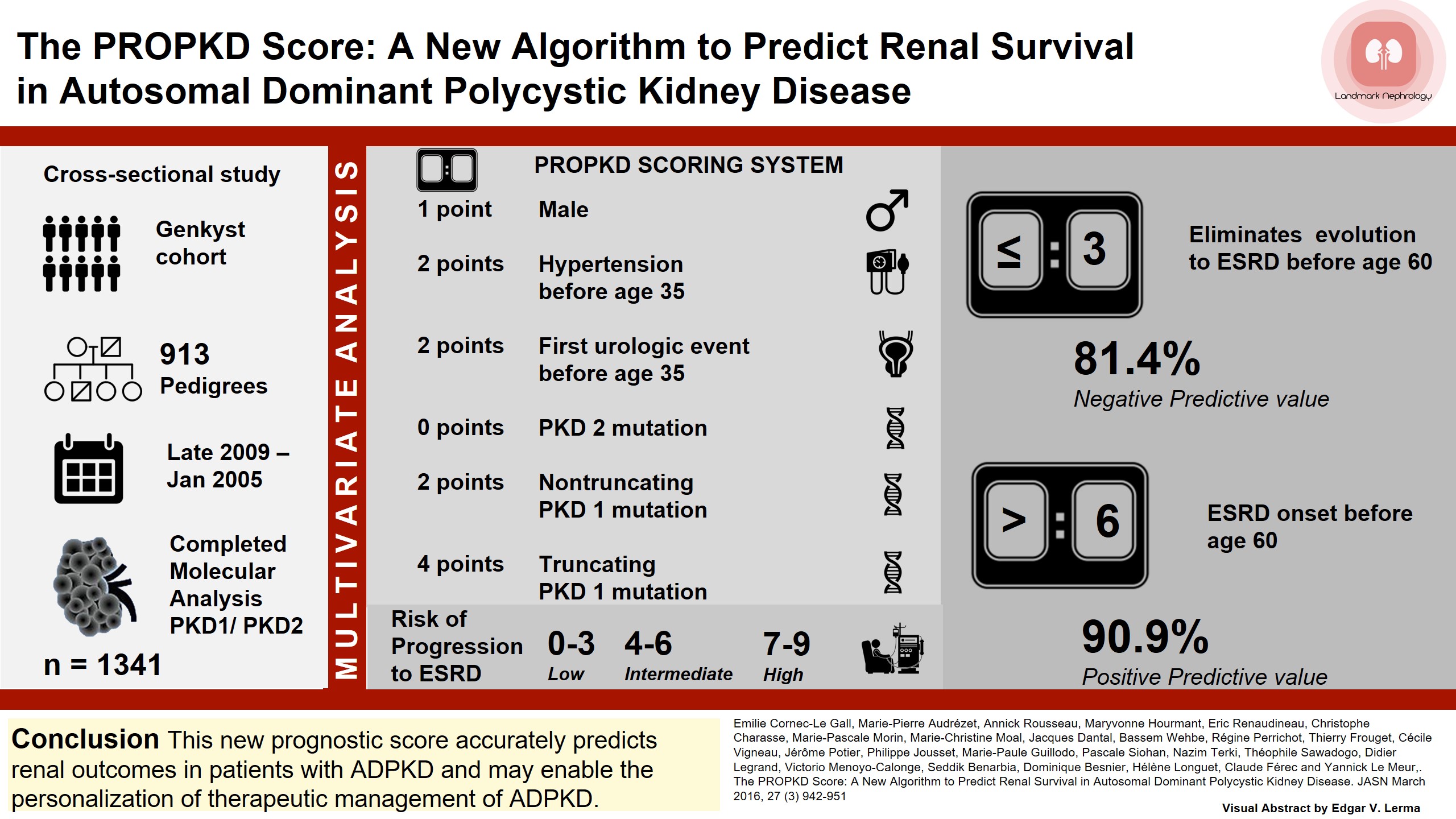 There are 3 important characteristics that need to be considered when selecting the appropriate patient population for an ADPKD trial:

The potential end points that can be used for ADPKD trials can be grouped into 2 categories:

Total kidney volume (TKV) appears to be a reasonably likely surrogate and basis for accelerated approval: 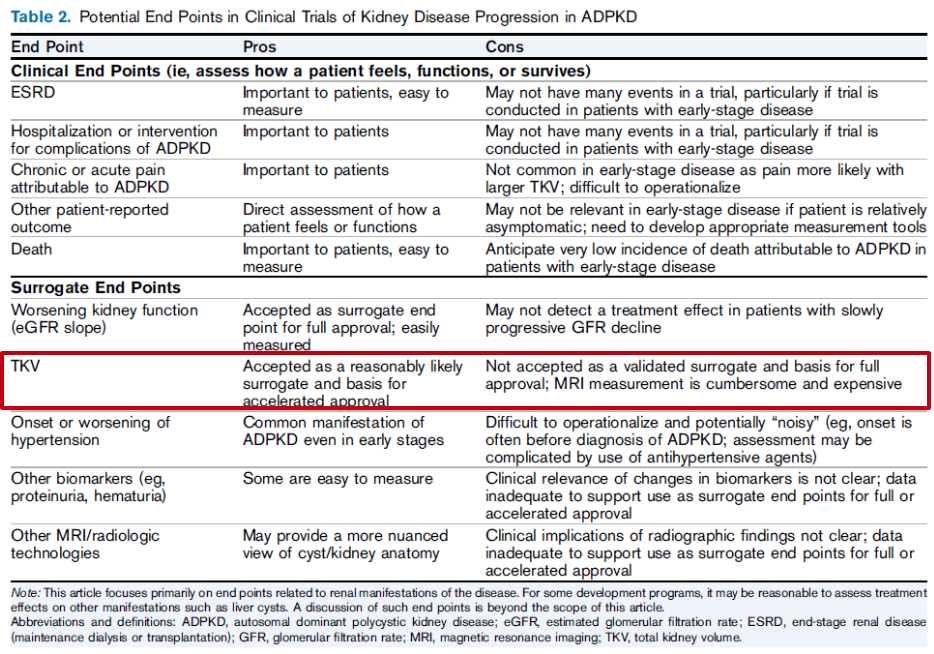 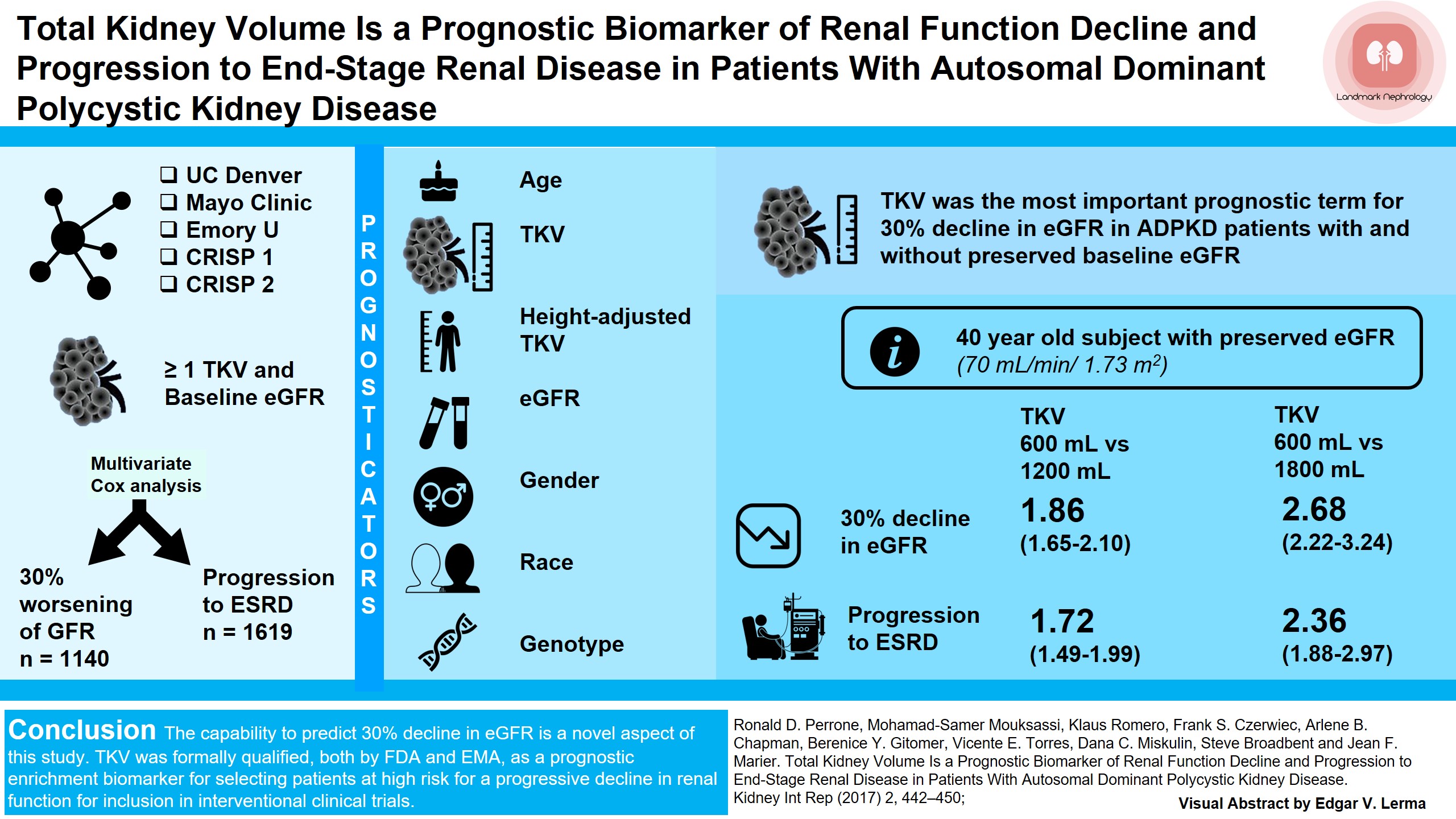 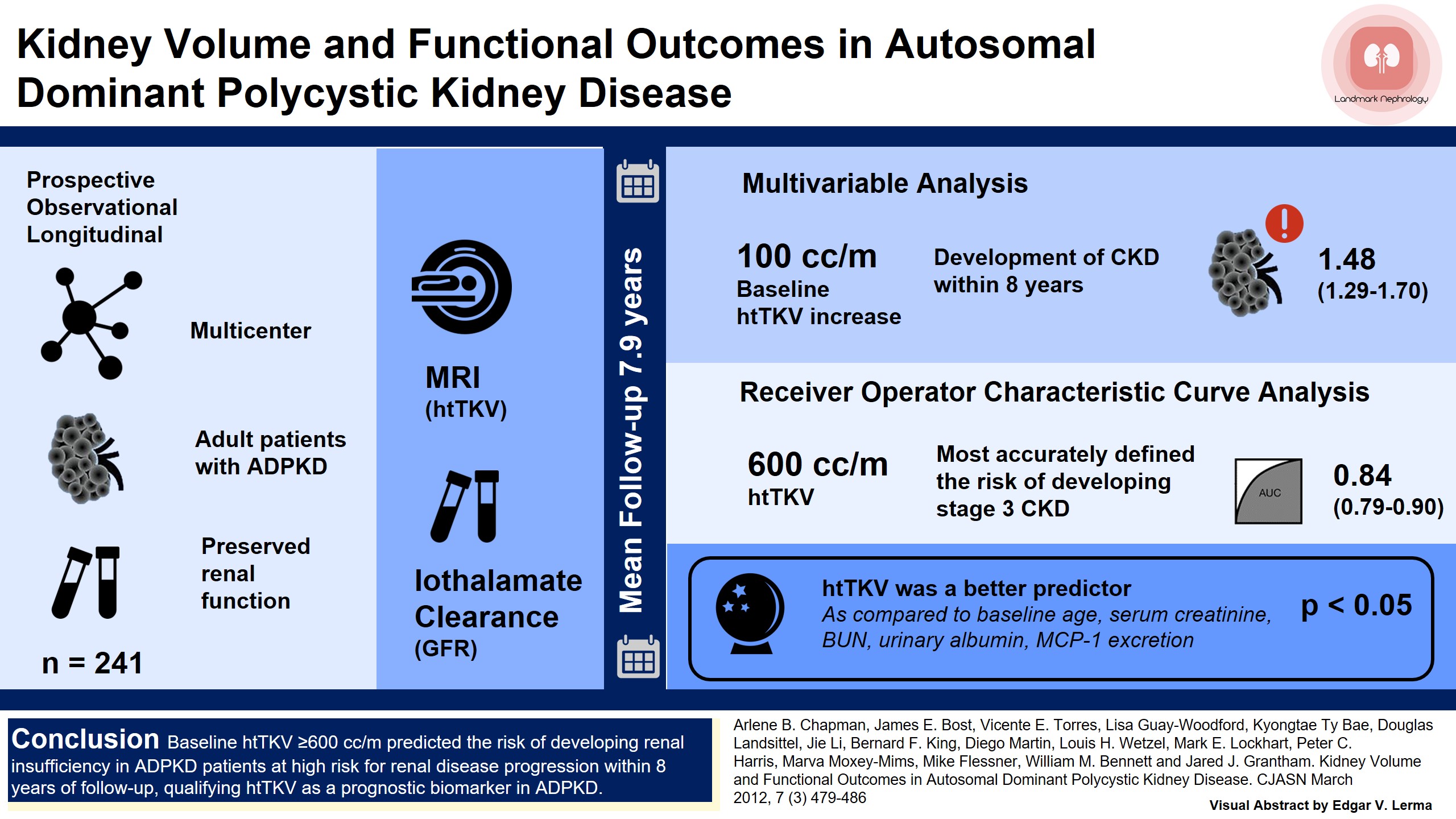 Other Biomarkers and Future Directions 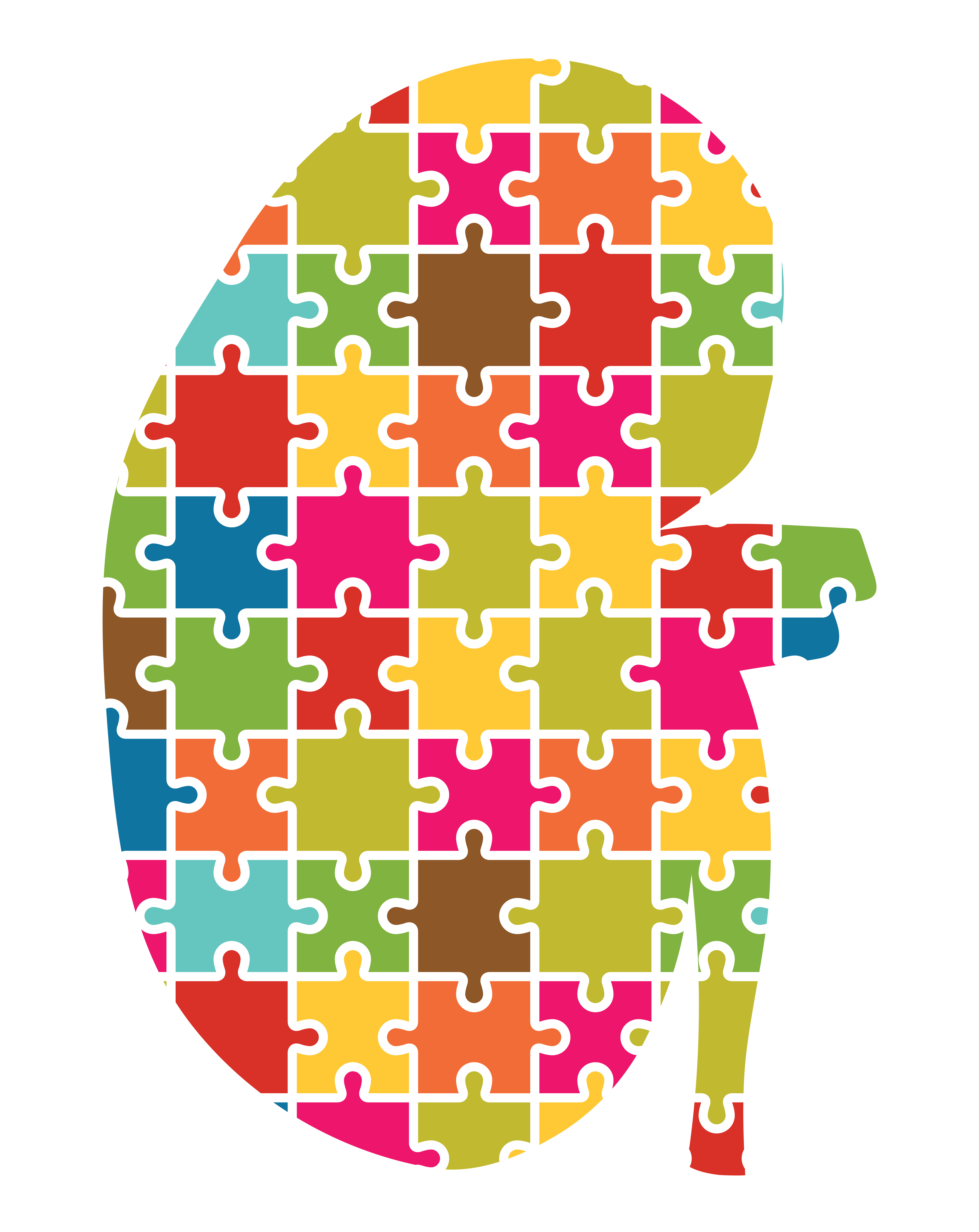 Newer MRI methods may also potentially identify imaging-based end points linked to disease progression. Some biomarkers have also demonstrated an association, yet a lot of work remains before they can be considered surrogate end points.

It must be noted that when the PKDOC convened in 2016, there was no FDA-approved therapies for ADPKD in the US. Tolvaptan was approved in 2018. To date, there are other ongoing clinical trials (e.g., RCTs testing therapies for reducing kidney cyst burden, etc.) as well as others that are in advanced planning stages. Collaborations such as this will hopefully lead to finding other treatment options to slow progression in ADPKD.