NephMadness 2019 featured the Hepatorenal Region. Patients with liver failure are sick. Patients with acute kidney injury (AKI) are sick. Put the two together and you have a fine mess. Test your knowledge on hepatorenal syndrome with the quiz* below. 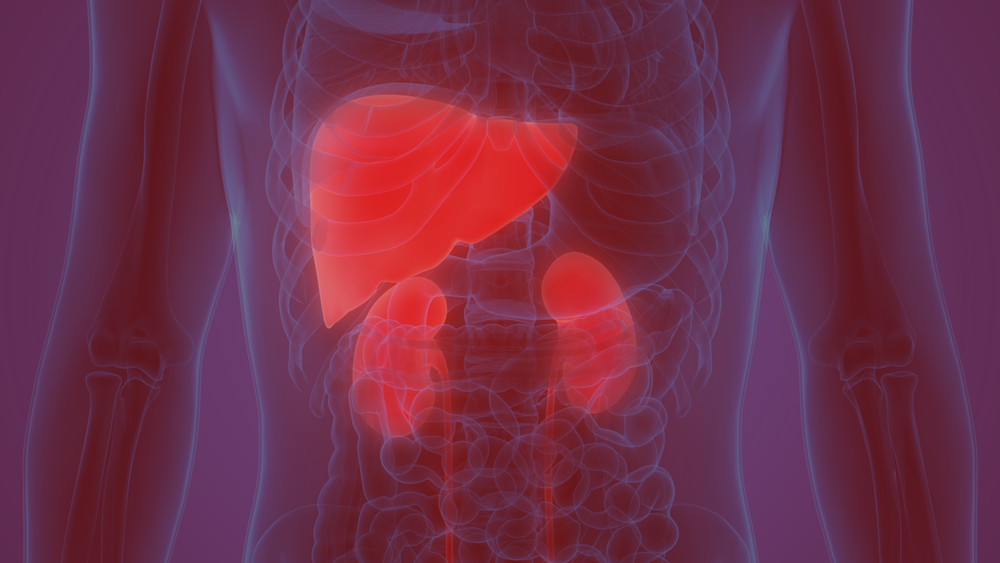 A 25-year-old man bodybuilder presents for nephrologic evaluation after being found to have an elevated creatinine of 1.8 mg/dL on routine screening. He has no past medical problems. On exam his blood pressure is 135/57 mm Hg and his heart rate is 87 beats per minute. He has scleral icterus and his skin is jaundiced. His abdomen is soft and nontender. His liver is not enlarged. His kidneys and bladder are not palpable. He admits to using anabolic steroids daily. The remainder of his labs show 1 gram of proteinuria/24 hours and no hematuria. Which of the following mechanisms of injury is most likely causing his kidney injury?
Bile acid nephropathy
Correct! There have been many multiple different mechanisms of injury from anabolic steroids. Anabolic steroid use has been associated with cholestatic jaundice and hepatotoxicity leading to development of bile cast nephropathy. Other mechanisms of injury seen have included a secondary FSGS from postadaptive glomerular changes and ATN.
Minimal change disease
Incorrect.
Anti-glomerular basement membrane
Incorrect.
Acute interstitial nephritis
Incorrect.
2. A 57-year-old female with cirrhosis dies in the setting of septic shock that was complicated by acute renal failure. An autopsy is performed. After her kidneys are fixed with formalin, they are noted to develop a greenish hue. Which of the following is likely to be seen on microscopic exam and explains the color change?
Acute tubular necrosis
Incorrect.
Tubular bile casts
Correct! Formalin fixed kidneys with bile cast nephropathy turn green as the bilirubin is converted to biliverdin. [Reference: Van Slambrouck, C.M., Salem, F., Meehan, S.M., and Chang, A. Bile cast nephropathy is a common pathologic finding for kidney injury associated with severe liver dysfunction. Kidney Int 2013; 84(1): 192-1.]
Membranoproliferative glomerulonephritis
Incorrect.
Neutrophils in the interstitium
Incorrect.
3. A 47-year-old female with history of cirrhosis secondary to alcohol and hepatitis C presented to the emergency department because of a 1-week history of progressively severe ascites. He has not had any fevers, chills, or abdominal pain. He has noted a mild decrease in his urine output. At his clinic visit last week his serum creatinine was 1.2 mg/dL. On exam his pulse is 85 beats per minute and his blood pressure is 95/54 mm Hg. He has scleral icterus with mild jaundice and a nontender, distended abdomen with tense ascites and 2+ pretibial edema bilaterally. Initially on presentation his creatinine is 3.2 mg/dL and he had no proteinuria or hematuria. A fractional excretion of sodium was 0.01%. He was treated with albumin infusions initially but over the next three days his creatinine increased further to 3.8 mg/dL. Which of the following is part of the pathophysiology underlying the likely cause of her acute kidney failure?
Blockade of the adrenergic system
Incorrect.
Splanchnic vasoconstriction
Incorrect.
Increased systemic vascular resistance
Incorrect.
Activation of the renin-angiotensin-aldosterone system
Correct! Patients with cirrhosis have portal hypertension which leads to splanchnic vasodilation and a reduction in systemic vascular resistance. In response to this drop in SVR, there is activation of the adrenergic and renin-angiotensin-aldosterone systems to maintain arterial blood pressure. As cirrhosis and portal hypertension advances, hemodynamic stability is more and more dependent on vasoconstriction of the extra-splanchnic vascular beds. This intense vasoconstriction leads to decreased renal perfusion and GFR. [Reference: Ginès, P., and Schrier, R.W. Renal failure in cirrhosis. N Eng J Med 2009; 361(13): 1279-90.]
4. A 49-year-old female with cirrhosis presented to the hospital with worsening ascites, was found to be in AKI, and was ultimately diagnosed with type 1 hepatorenal syndrome. True or False: Norepinephrine as compared to terlipressin for treatment of type 1 hepatorenal syndrome is more likely to reverse hepatorenal syndrome?
True
Incorrect.
False
Correct! Neither terlipressin nor norepinephrine have been shown to have superiority in treating hepatorenal syndrome over the other. The biggest difference has been in cost, with norepinephrine being significantly less expensive than terlipressin. [References: (1) Saif, R.U., Dar, H.A., Sofi, S.M., Andrabi, M.S., Javid, G., and Zargar, S.A. Noradrenaline versus terlipressin in the management of type 1 hepatorenal syndrome: A randomized controlled study. Indian J Gastroenterol 2018; 37(5): 424-9. (2) Badawy, S.S., Meckawy, N.M., and Ahmed, A. Norepinephrine versus terlipressin in patients with type 1 hepatorenal syndrome refractory to treatment with octreotide, midodrine, and albumin (a prospective randomized comparative study). The Egyptian Journal of Cardiothoracic Anesthesia 2013; 7(1): 13. (3) Wang, H., Liu, A., Bo, W., Feng, X., and Hu, Y. Terlipressin in the treatment of hepatorenal syndrome: A systematic review and meta-analysis. Medicine 2018; 97(16):e0431.]

*Questions in this quiz was originally featured in the MOC Post-Test Questions for NephMadness 2019. 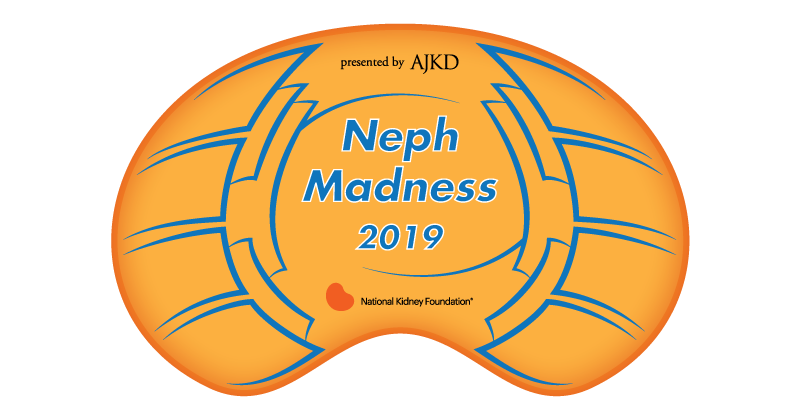