For a long time, uric acid has been known as a presumably inert by-product of purine metabolism that is associated with gout and kidney stones. In recent years, there has been much interest in studying uric acid as a causative agent in cardiovascular and metabolic pathologies. 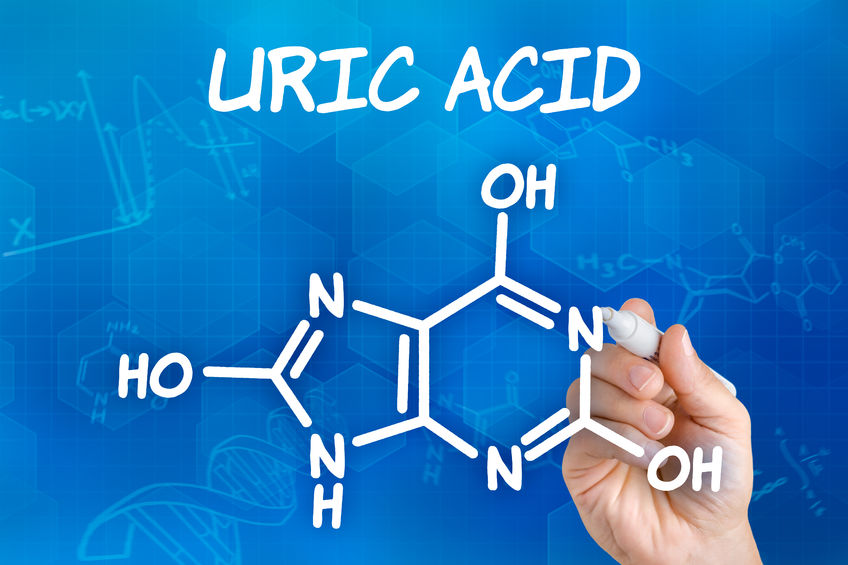 Physicians such as Frederick Mahomed, Alexander Haig, and Nathan Smith Davis noted the link between uric acid, hypertension, and renal disease in the late 19th century. Interest in uric acid resurfaced again in the mid-20th-century when epidemiological studies noted the association of uric acid with many cardiovascular-related diseases such as hypertension, metabolic syndrome, coronary artery disease, cerebrovascular disease, vascular dementia, preeclampsia, and kidney disease. Soon after, scientists also began to examine this relationship.

Inhibiting uricase in laboratory animals (humans do not express this enzyme) results in mild hypertension. Hypothetical mechanisms for this response include impairment of endothelial function due to nitric oxide reduction and endothelial dysfunction through alteration of mitochondrial function and decreased intracellular ATP concentrations. Uric acid also stimulates endothelin-1 gene expression and activates both the renal and intracellular renin angiotensin system. In addition, uric acid has been linked to pathogenesis of the metabolic syndrome. As uric acid is a product of AMP deaminase, it promotes fat storage and insulin resistance.

Conversely, evidence exists to suggest that uric acid is not a cardiovascular risk factor. Acute infusion of uric acid does not cause endothelial dysfunction and may actually improve endothelial function by acting as an antioxidant. However, uric acid is pro-oxidative in the intracellular environment; thus, any pathological affects may be due to its intracellular actions.

The laboratory findings mentioned above have not been convincingly substantiated in the clinical arena. Observational studies have suggested a relationship between uric acid and cardiovascular disease such as was noted in the NHANES study. In this study published in AJKD, Kalil et al report on the analysis of uric acid levels and long-term outcomes in kidney transplant patients. This was a post hoc analysis of the FAVORIT trial cohort. Urate-lowering therapy has shown promise in potentially  slowing progression of chronic kidney disease (CKD) but only in small studies. A recent meta-analysis showed uric acid levels were associated with gout and uric acids stones only but not CKD progression. In kidney transplantation, the association between uric acid and both renal and cardiovascular outcomes have been studied with equivocal results. 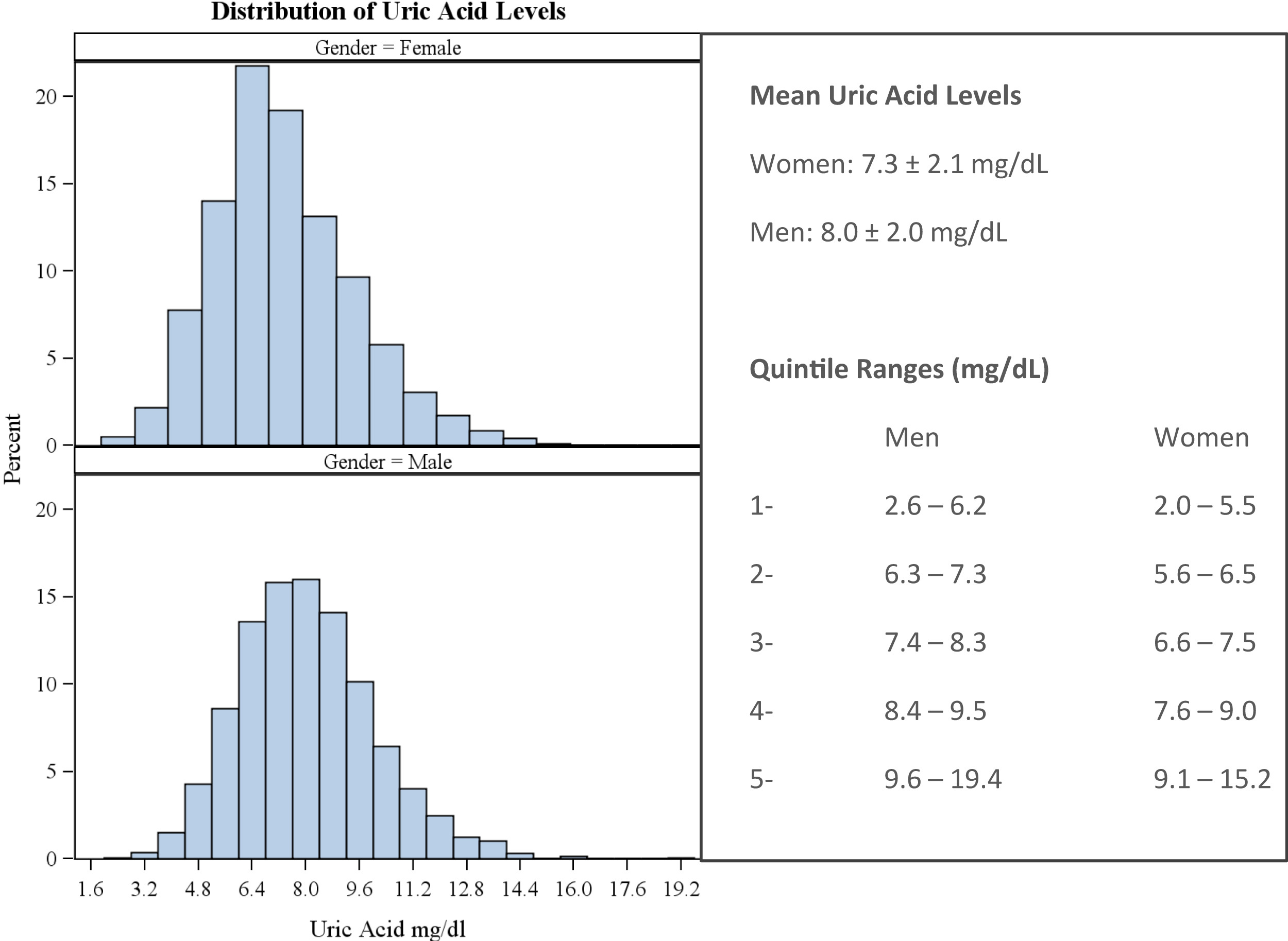 Kalil et al examined 3,512 FAVORIT trial participants with recorded uric acid levels, making it the largest observational study of its kind in kidney transplantation. This study found no relationship between uric acid concentration and any of the study end points (composite of CV events, all-cause mortality and transplant failure) after adjusting for multiple variables. As expected, uric acid level was strongly associated with eGFR. Thus, if hyperuricemia is injurious and uric acid reduction therapy is effective, they may only be so prior to the onset of any significant cardiovascular or renal pathology. Evidence to support this possibility remain to be found. 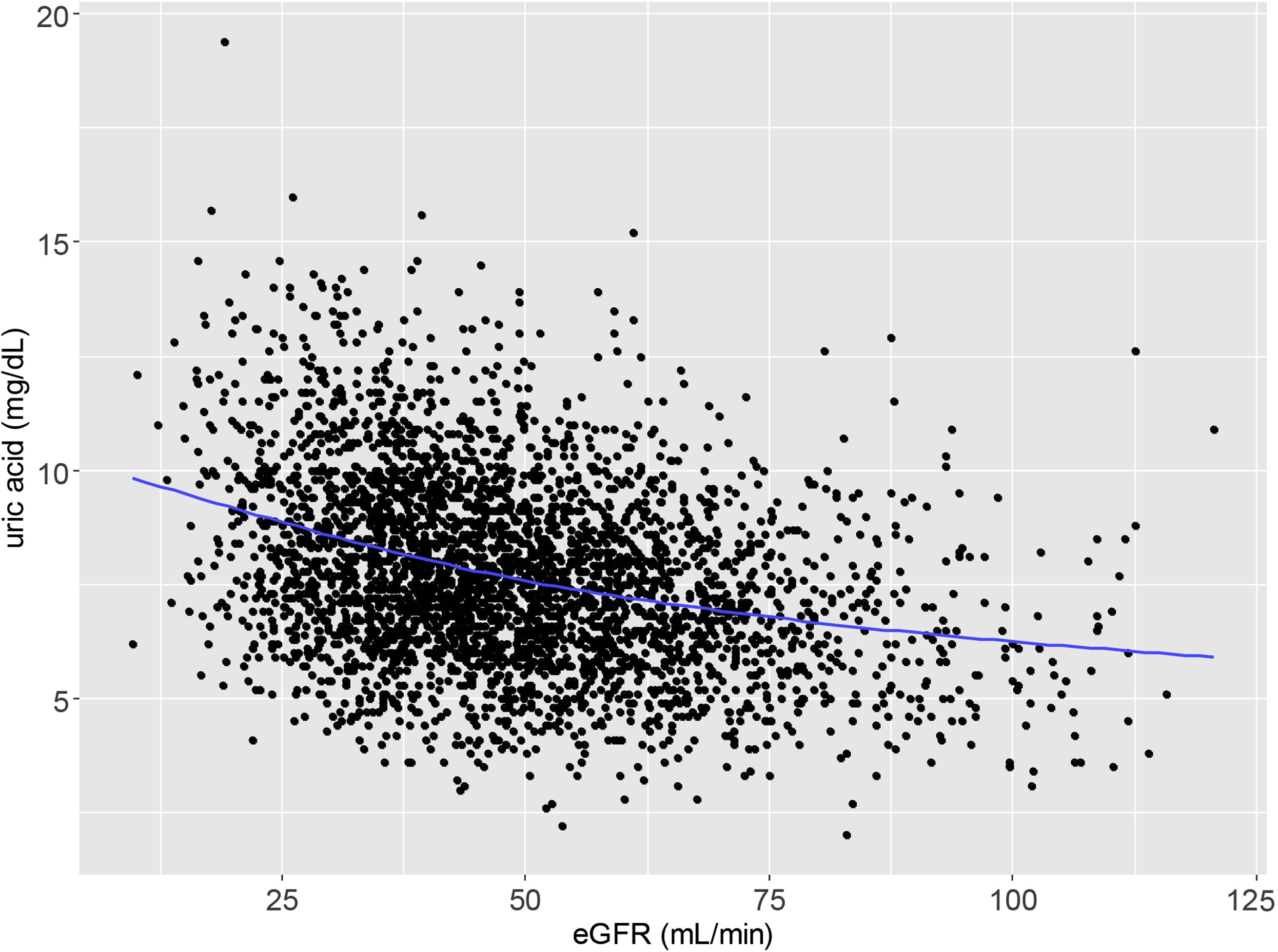 Uric acid levels in the FAVORIT cohort were drawn on average 4 years posttransplantation and when the average eGFR was 45–55 ml/min. At this stage, significant cardiovascular and renal pathology has likely occurred, blunting or nullifying any potential benefit of uric acid lowering. Furthermore, with this degree of renal failure, hyperuricemia is probably a consequence of reduced GFR and not causal. The multiple pathological processes and co-morbidities associated with renal transplantation render it very difficult to implicate any single factor such as hyperuricemia in the pathogenesis of declining kidney function.

Overall, this study demonstrates that a prospective well-conducted randomized trial is needed to determine if uric acid lowering therapy has a clinical impact in our kidney transplant patients. The uncertainty over whether uric acid is an independent marker (or causative factor) of cardiovascular disease remains.