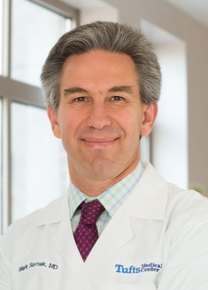 eAJKD: Could you describe your hypothesis in this study?

MS: We’ve been interested in cognitive function in the CKD and ESRD populations. Over the last five years, there have been several studies which suggest a high prevalence of cognitive impairment in dialysis patients. Reasons for this decline include inadequate clearance, medications, and chronic vascular disease.

eAJKD: What is meant by “executive function”?

MS: Executive function is the ability to plan or carry out instructions. An example of one test of executive function is the Trails B, which asks someone to draw lines connecting dots labeled 1 to A to 2 to B. The reason why we are particularly interested in executive function is it tends to be more specific for the diagnosis of vascular dementia and it may localize more closely to the subcortical (and frontal) areas of the brain. We have hypothesized that patients with kidney disease may be at particular risk for this type of cognitive impairment. Patients with Alzheimer’s dementia on the other hand particularly have initial problems with memory, and this may localize more closely to the cortex of the brain.

eAJKD: Can you characterize the population you studied?

MS: We recruited patients from five DCI units and one hospital based unit in Massachusetts. Participants underwent about an hour of cognitive testing. We did the cognitive testing in the first hour of dialysis before fatigue or hypotension developed. We have prior data which suggest testing at this time is similar to testing prior to dialysis. Performing the testing on dialysis allowed us to recruit a more generalizable sample.

eAJKD: Aren’t you going to get some unintended selection bias as a result?

MS: Yes, there is some selection bias in those who decided to enroll. A good percentage of eligible patients however agreed to participate.

eAJKD: Why did you exclude incident dialysis patients?

MS: We didn’t want to test acutely uremic patients. We wanted participants to be stable on dialysis when they were tested.

eAJKD: Can you elaborate on your primary outcome?

So how does one interpret the data? Since there’s clearly some attenuation when you take into account cardiovascular disease and its associated risk factors it may that executive function is actually another measure of total vascular burden, and thereby associated with mortality. An alternate interpretation, if one believes that executive function is independently associated with mortality, is that those individuals with executive impairment can’t comply with the best level of care including such things as medication compliance, and therefore have higher mortality.

eAJKD: But you looked and didn’t see any difference in phosphorous control. The blood pressure was equally controlled across those groups.

MS: That is correct. Cardiovascular disease however was different across the executive function quartiles.

eAJKD: What was the reason for the repeat cognitive testing in 196 of the patients?

MS: This is a longitudinal study. We are also interested in learning on how cognitive function changes over time.

eAJKD: There are no peritoneal dialysis (PD) patients in your study. It seems like this would be a very interesting subgroup to examine because they are less likely to have hemodynamic swings during treatment?

MS: You’re correct. I think the PD population will be fascinating to evaluate.

eAJKD: What type of discoveries are you looking forward to in the future?

MS: To me, the next step will be to do conduct longitudinal analyses. That is, are there changes in cognitive function over time, and what are the risk factors for these changes? Once you understand the risk factors, can you intervene? Examples of interventions may include treatment of depression, treatment of cardiovascular risk factors, or incorporation of alternative dialysis techniques.