APOL1 was crowned the NephMadness champion but we know the real winners are the people who got the loot.

The Champions: You know them as PAVA_neph, but are now revealed to be the tag-team duo: Manjula Tamura, MD, and Yiming Lit, MD and they destroyed the field by calling 7 of the 8 Regional Winners (their only miss was Statins in ESRD), calling 3 of the Final Four, the two finalists, and the winner. An amazing run worth a staggering 89 points.

Dr. Tamura is a Chicago native. She did residency at Duke and then nephrology at UCSF. She now attends at Stanford and researches kidney disease in older adults. She was a NephMadness rookie and reports filling out the brackets while in clinic picking the brain of her partner, a few fellows, and some students. Her partner, Dr. Lit was born in China, went to medical school at Harvard, followed by residency and fellowship at Mass General/Brigham. She also attends at Stanford/Palo Alto VA and was a NephMadness Rookie. 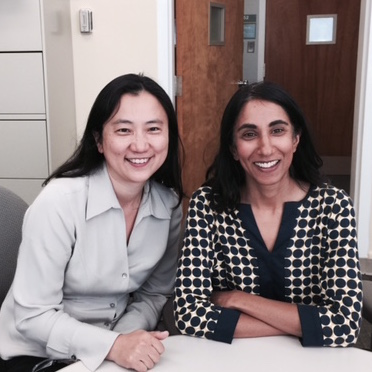 Top Medical Student: Rhodes Hambrick. Mr. Hambrick scored 49 points to edge into the top 25%. He rode APOL1 through a bracket of red to reach the podium. He is a first-year medical student at NYU School of Medicine and is planing on a career in either pediatrics or internal medicine. He is even thinking about the specializing in Nephrology.

Top Resident: Khalid Alamiri. Dr. Alamiri is one of my residents at St John Hospital and Medical Center. He is starting a Nephrology-Critical Care Fellowship this July at Henry Ford Hospital. He entered the contest as kna3000 and finished in 26th place with 59 points. The fatal flaw in his bracket? His slavish devotion to the survival benefit of Sacubitril, taking that all the way to the championship.

Top Fellow: Kerri McGreal, is a nephrology fellow from the University of Kansas Medical Center. She came in second overall with 80 points. She only called two of the Final Four, but from there on out was perfect.

Here are the top 12 finishers: 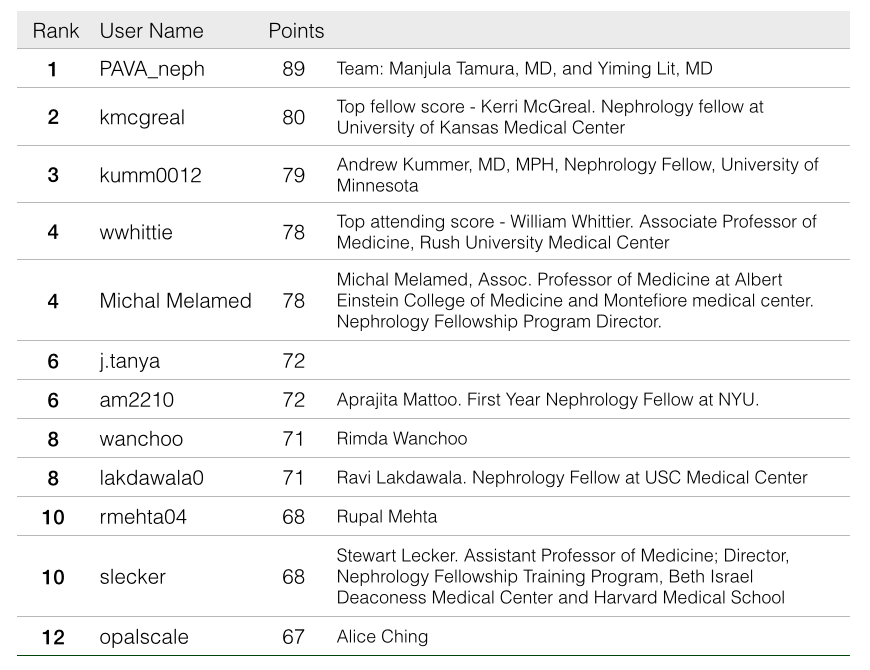 Best Blogger: Sivakumar Sridharan. He did a great post on obesity and ESRD. He also was an enthusiastic tweeter. He is a nephrology fellow at Lister Hospital, Stevenage.

See the final standings! | For more on NephMadness 2015 | #NephMadness on Twitter