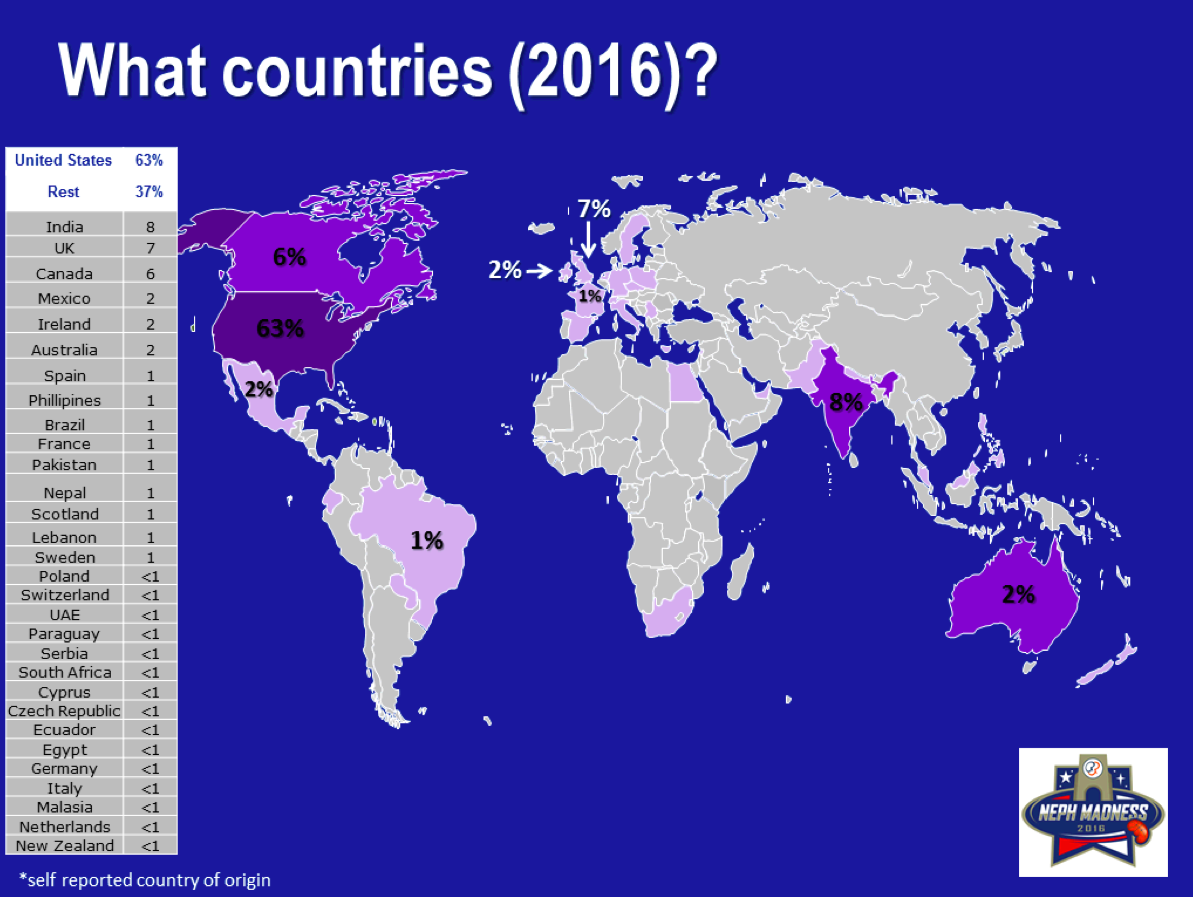 We had more entries than last year: 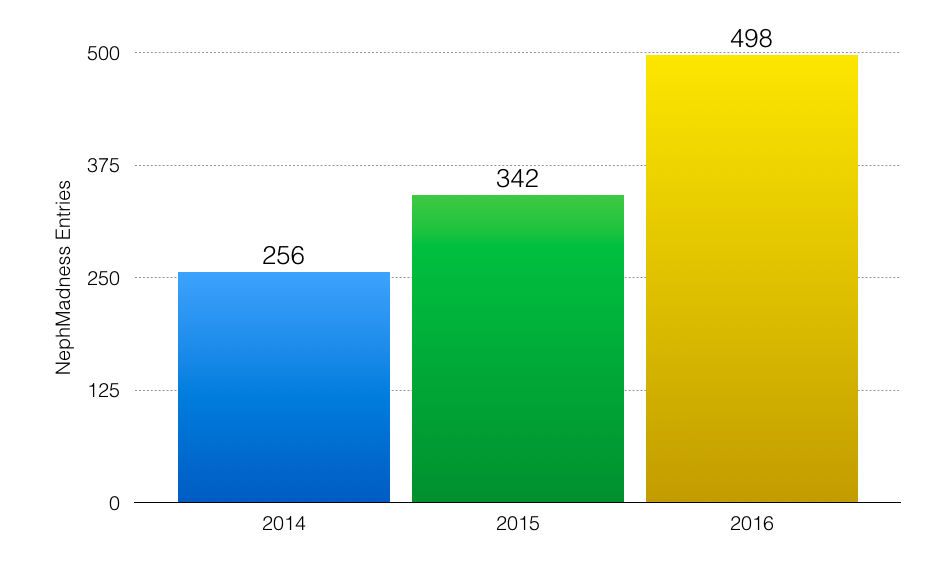 We had more people tweeting: 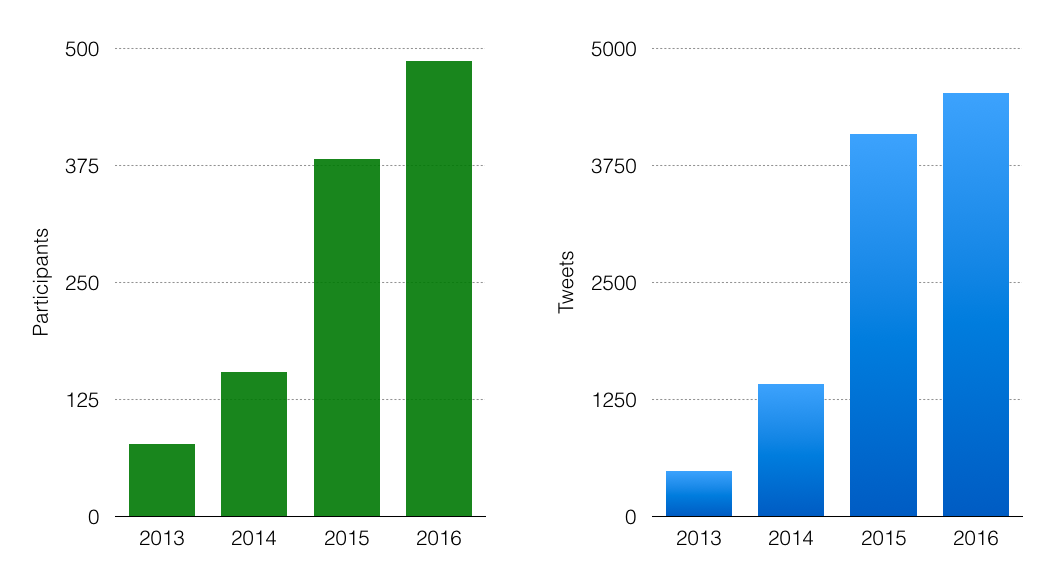 Data from Symplur.com measures tweets from 2/14-4/14 of each year 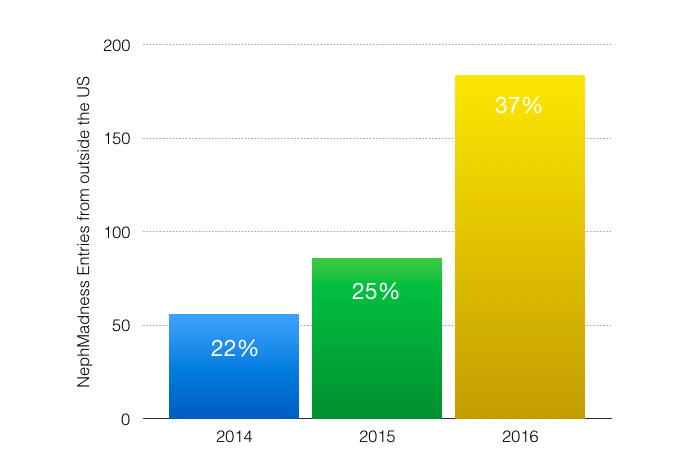 Each year participants from outside of the US represent a larger proportion of the pie, which itself is growing.

We are delighted that people are engaging in NephMadness. A project like this cannot be done by one or two people. It takes a team and we have a great one. We literally could not do this without the blood, sweat, tears, nights, and weekends of the following people:

Twitter Nephrophiles for great discussion and support of NephMadness.

We especially would like to thank everyone who participated in the game. All of the planning, interviews, and writing is meaningless without players. Seeing all of the people participate, tweet, and cheer makes the whole endeavor particularly rewarding.

See the final standings! | For more on NephMadness 2016 | #NephMadness on Twitter