Since early 2000, there have been an explosion of publications in the area of biomarkers for early diagnosis of acute kidney injury (AKI). The nephrology community has long been cognizant of the fact that serum creatinine (Scr) is a suboptimal marker for the diagnosis of AKI. However, unlike our cardiology colleagues who have had significant success over the past several decades in early diagnosis of acute myocardial infarction (AMI), nephrologists have had to resort to Scr and urine output (UO). The mortality of AMI has significantly improved over time while mortality for critically ill patients with AKI hovers around 40-50%. 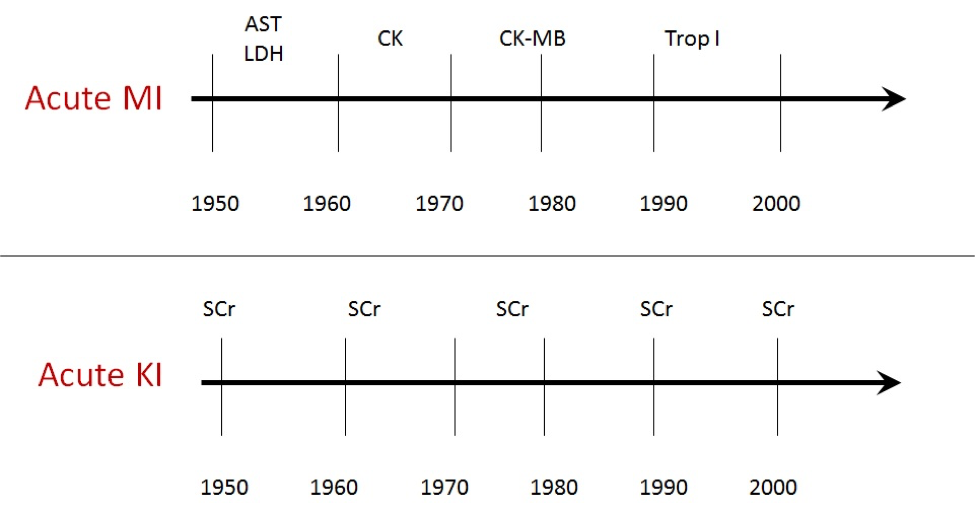 Development of Biomarkers for Acute MI and AKI

A perfect renal biomarker should have several characteristics:

(b) high specificity so that it will not be detectable in other disease state or non-renal injury;

(d) favorable clinical characteristics which would mean that the test will be able to influence existing and developing treatments and should have the prognostic ability to predict and guide treatments such as the need for dialysis.

However, for an organ as complex as the kidney, a single biomarker cannot fulfill all these criteria. It is, therefore, imperative that we have different biomarkers available to better localize the renal injury. In addition, we probably need a serial panel of biomarkers to allow for early and delayed diagnosis of AKI.

In a recent AJKD publication, Moledina et al attempted to correlate the degree of histological acute tubular injury (ATI) in deceased donor kidneys with four different urine biomarkers – neutrophil gelatinase-associated lipocalin (NGAL), liver-type fatty acid binding protein (L-FABP), interleukin 18 (IL-18), and kidney injury molecule 1 (KIM-1). The concentrations of these biomarkers have been shown to peak at different times after renal injury. Almost all previous studies have looked at the ability of these biomarkers to predict AKI based on Scr and urine output criteria and, therefore, the availability of renal histology makes this study extremely interesting.

The study screened 905 deceased donors who underwent a wedge kidney biopsy to assist with the allocation process. All specimens were examined by a nephropathologist. 581 donors (64%) had a pathology report which commented on the severity of the ATI; these were included in the final analysis. Ninety-eight donors (17%) had mild ATI, and 57 donors (10%) had severe ATI. Even though urine NGAL performed slightly better compared to the other 3 biomarkers and Scr, overall all 4 biomarkers lacked accuracy in predicting ATI in deceased donors.

One of the major drawbacks of this study is that it was conducted in deceased donors; therefore, these results are not necessarily applicable to the standard critically ill patients with AKI as there are significant neuroendocrine changes associated with brain death. Also, even though KIM-1 is approved for preclinical use in the US and L-FABP and NGAL are approved for use in Japan and Europe, only one test for early diagnosis of AKI has been allowed by the FDA to be marketed in the US for clinical use. The test is a combination of urine concentrations of tissue inhibitor of metalloproteinase 2 (TIMP-2) and insulin-like growth factor binding protein 7 (IGFBP7). The authors do not mention why these 2 biomarkers were not analyzed in the study.

Despite the setbacks to date, the search for the elusive “renal troponin” must go on.  As the cardiologists have shown, early diagnosis leads to early treatments and improved survival.  Skeptics might challenge this notion by suggesting that we do not have an intervention for treatment of AKI, so early diagnosis of AKI will not change management. One could argue in response that all the previous intervention studies in AKI (IGF-1, anaritide, fenoldopam etc.) have been conducted before the consensus definitions of AKI and the biomarker era. The interventions studied in these trials were administered once the Scr had risen significantly. In fact, in the multicenter trial conducted by Hirschberg et al, the study drug (IGF-1 vs placebo) was given as late as six days after the diagnosis of AKI and some patients had even started dialysis. The horse hasn’t just left the barn – it is galloping away. 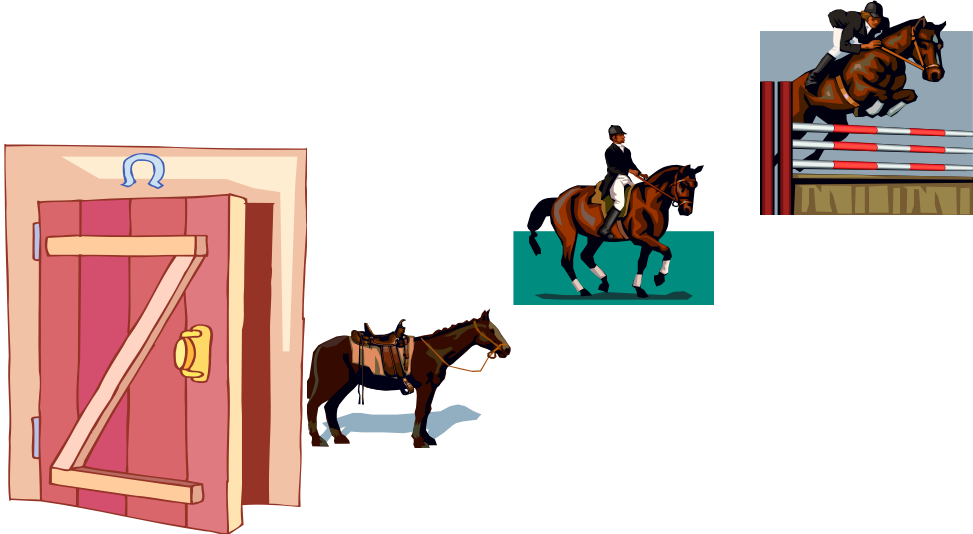 The newly funded NIH Kidney Precision Medicine Project (KPMP) will attempt to correlate histological findings in AKI patients with biomarkers with the aim of identifying targets for novel therapies. To reverse renal injury, we have to be able to administer a therapeutic agent at the onset of tubular injury, not in the extension and maintenance phases. A biomarker for early diagnosis of tubular injury is critical to the development of an agent for early intervention for AKI.