Aging is relentless, progressive, and inevitable. With aging comes a whole host of physical, mental, and emotional issues, often compounded in an predictable and unforeseen manner. There is ever increasing literature on the changes in health status that accompany old age. 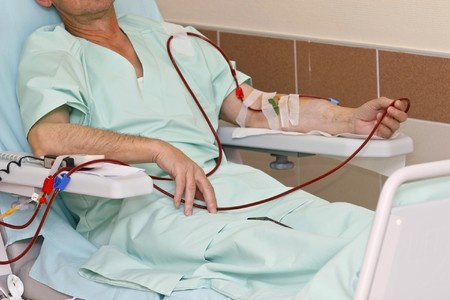 In the dialysis population, one of the biggest splashes in recent years was the data from Kurella Tamura (also famed as winner of the 2015 NephMadness) and colleagues reporting the utterly abysmal outcome in the institutionalized elderly after initiation of dialysis. Most of them were dead at one year, and all of them underwent worsening quality of life at the point of dialysis initiation. This is a stark, unambiguous and saddening realization.

Now, Derrett et al present data from a longitudinal study from New Zealand (the DOS65+) that attempts to shed more light on the precise predictors of this worsening health in generally older adults after starting dialysis. The key outcome was determined by asking the participants a simple question, “Compared to 1 year ago, how would you rate your health in general now?” with three possible answers: better, same, or worse.

Those who died before the 12-month follow-up post initiating dialysis were grouped with “worse.” Roughly half the patients were of Maori or Pacific ethnicity, and about half were treated with home dialysis (mostly peritoneal dialysis, but 11/150 patients were treated with home hemodialysis). Of note, only 26 of the 150 patients assessed (17%) died in the first 12 months, suggesting this population is quite different than the institutionalized elderly cohort reported by Kurella Tamura. Even in the overall USRDS population, annual mortality ranges from 20% (age 70 to 74 years) to 43% (older than 85 years).

Another contrast:  about two-thirds reported feeling the “same” or “better” than 12 months previously at dialysis initiation. In the unadjusted data, comorbid disease burden, lesser sense of community, and numbness in hands and toes were some of the factors associated with worse health status at 1 year. In the multivariable analysis, ethnicity (Maori and Pacific), a strong sense of community, being on home dialysis, as well as having fewer comorbid conditions and better quality of life scores were still associated with feeling the “same” or “better” at 1 year.

Importantly, the authors believe that the high proportion of home dialysis therapy contributes to the overall level of satisfaction found in this cohort. Surprisingly, age itself was no longer significant after accounting for these other covariates.

The authors stress that their data suggest the biased perception of dialysis as merely forestalling death and not improving quality of life should be tempered. It is hard not to agree with that sentiment. The ‘elderly’ population is quite heterogenous, and categorizing people by age and not considering functional status as well is inherently problematic. As the first group of “Baby Boomers” cross the 65 year threshold, it is clear that they are dramatically different in some ways as many are still quite fit and vigorous.

Clearly age as a simple heuristic fails, and a more holistic assessment is necessary. What of the ethnicity and social connection data? Indeed, the granular data collected on the sense of social connections is one of the strengths of this study. Though ethnicity doesn’t translate easily into a modifiable risk factor, the sense of community and strength of social relationships is one that merits further research.

Needless to say, this is a small study from New Zealand, and many of these factors may not be generalizable to North America, but they definitely warrant more investigation. It may even be worth telling our older patients with CKD that maintaining a strong sense of community later in life may not only benefit their mental and emotional well-being, but their physical health as well.

1 Comment on Old Age and Dialysis: Is It Really the Deadly Cocktail?