Dr. Rondon is Associate Professor of Medicine and Associate Program Director of the Nephrology Fellowship Training Program at the University of Pittsburgh School of Medicine. Follow him @NephroMD.

Competitors for the Hyponatremia Region

Hyponatremia, the most ubiquitous yet most misunderstood of all electrolyte disorders, comes as a strong contender region in this year’s NephMadness. What are the four concepts that are competing for glory? Who will reign supreme?

A lot of rumors circulate in the nephrosphere about this feud. Some claim this rivalry is about the methodology of the guidelines. While the European guidelines are actually a systematic review of the literature that includes a system for grading their recommendations, the US counterpart are expert recommendations, plain and simple. The other circulating rumor is that this clash is about conflict of interest as the US guidelines as well as some of their authors were sponsored by Otsuka Pharmaceuticals, the manufacturer of tolvaptan, the only oral vasopressin antagonist (vaptan) available for the management of hyponatremia.

This leads us to what, in my opinion, is the main difference between the guidelines: The US guidelines are “pro-vaptans” and the European guidelines are “anti-vaptans” (or as I call it “pro-urea”). Many therapeutic interventions used in hyponatremia are supported by our knowledge of physiology and pathophysiology but are not backed by clinical trial evidence and have inconsistent efficacy, slow onset of action, and/or poor adherence. The discovery of vaptans seemed to address these problems at first by providing a new drug category that targets the common denominator in most types of hyponatremia: elevated vasopressin.

Despite their demonstrated efficacy in clinical trials, the indications for vaptans in hyponatremia remain unclear. Moreover, their use has been limited by their high cost without an added mortality and/or morbidity benefit. Safety concerns have also arisen. Use of high-dose vaptans (which are not commonly used in hyponatremia) has been associated with liver injury and the FDA warns against its use in liver disease. Also, data obtained from meta-analyses and case reports suggest vaptans are associated with overcorrection of hyponatremia, and in rare cases, this can result in osmotic demyelination syndrome (ODS). Therefore, it is important to explore alternative therapies that deal with hyponatremia in a more cost-effective and safer manner.

Case series in Europe published since the early 1980s suggest that urea is safe and effective for the treatment of hyponatremia, but it has not been available in the US until recently, when the first American formulation of oral urea was launched. Decaux et al first reported on the use of enteral urea for the treatment of hyponatremia associated with SIADH and subsequently reported on its use in other settings, such as in critically ill patients and patients with subarachnoid hemorrhage, heart failure, primary polydipsia, and nephrogenic syndrome of antidiuresis (NSIAD).

Even though no randomized clinical trials on the use of urea in hyponatremia currently exist, when compared to vaptans in a quasi-experimental study, urea was as effective in normalizing plasma sodium in patients with SIADH. Urea works as an osmotic diuretic increasing renal free water excretion.

One of the main advantages of urea over vaptans is that is significantly more affordable. The retail price is approximately $112.25 for a 30-day supply of urea 15-g packets versus $12,913.00 for a month supply of tolvaptan 15-mg tablets.

Urea has also been found to be safe. Side effects reported in some studies include headaches and nausea when urea is infused rapidly over a feeding tube. What is more, animal studies have shown that urea, compared with vaptans and hypertonic saline, reduces risk of ODS after rapid correction of chronic hyponatremia.

The palatability of urea has been an issue in Europe although it has not prevented its long-term use. The US formulation has a sweet citrus flavor that makes it more tolerable (I have personally tried it and found the taste acceptable). 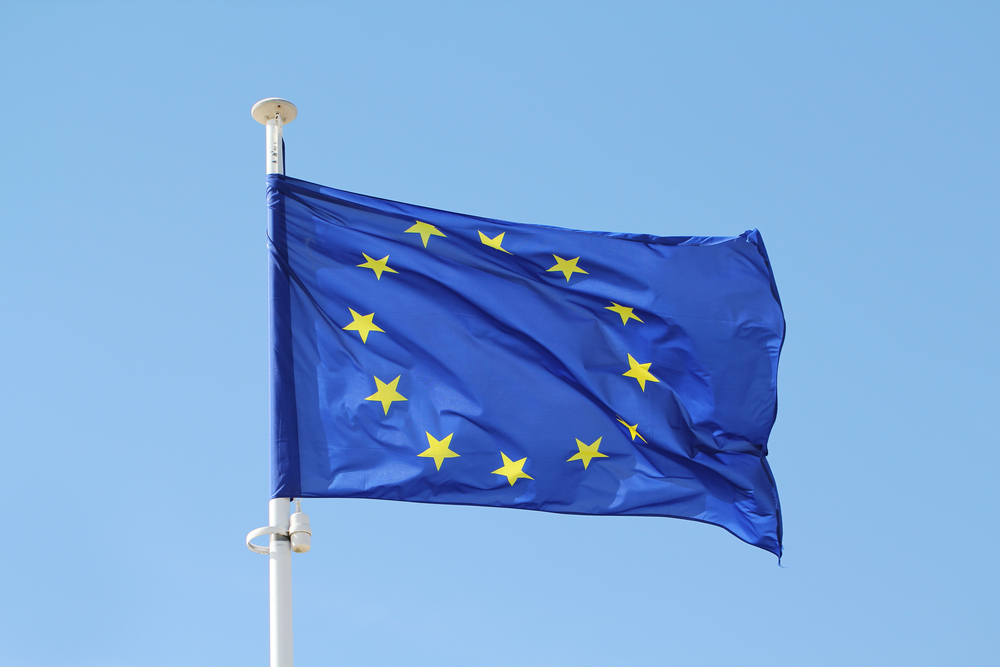 My prediction is that the European Guidelines will take the win because of their stronger methodology, greater attention to safety and cost-effectiveness, and lack of conflict of interest.

The second bracket in this contentious region is the tale of two sworn enemies standing waist deep in water: the Syndrome of Inappropriate Antidiuretic Hormone (SIADH) versus the Cerebral Salt Wasting Syndrome (CSWS). The fight is for survival, to prove who is a legitimate free water disorder.

Let’s start with some history: the original description of CSWS actually preceded the Schwartz et al landmark description of SIADH by a few years. After the original description of SIADH, everybody became a convert and the term CSWS vanished from the literature for over 20 years until Nelson et al encountered 10 hyponatremic patients with subarachnoid hemorrhage, fulfilling the diagnostic criteria for SIADH with the caveat that they had a reduced intravascular volume (measured by radioisotopic techniques). The authors concluded that the hyponatremia was not due to SIADH but CSWS. CSWS was then rescued from eternal oblivion. Since then, the concept of CSWS has survived in neurosurgeons’ brains for a few decades as other studies in patients with intracranial pathology have reported similar results. But what has happened in nephrologists’ heads in the mean time?

We need to take a look at how hyponatremia develops in CSWS. The postulated sequence of events in the pathogenesis of CSWS is as follows:

(i) an intracranial disease causes the release of unidentified natriuretic substances into the bloodstream;

(ii) these substances attenuate proximal tubular reabsorption of sodium and perhaps other molecules;

Other authors have reported that CSWS may occur in the absence of intracranial pathology and proposed that the term be changed to the more appropriate Renal Salt Wasting syndrome (RSW).

Differentiating SIADH from CSWS seems rather difficult as they both share the presence of hypotonic hyponatremia associated with an elevated urine osmolality and urine sodium. The main distinction between the two lies in the patient’s volume status. While SIADH is associated with mild volume expansion clinically manifested as euvolemia, CSWS is characterized by volume contraction. This key difference presumably points towards the appropriate therapy: fluid restriction in SIADH versus volume expansion in CSWS.

Measurements supporting volume contraction in the studies reporting a diagnosis of CSWS have been diverse and included the following: the presence of physical exam findings of hypovolemia, weight loss, reduced central venous pressure, reduced cardiac output, elevated plasma renin activity and plasma aldosterone concentration, elevated plasma natriuretic peptides, negative sodium balance studies, and decreased plasma volume by radioisotopic techniques. Some authors also have suggested that the fractional excretion of urate (FEurate) after resolution of hyponatremia in SIADH and CSWS can be helpful in distinguishing them as FEurate decreases in SIADH but remains persistently elevated in CSWS.

However, we should not forget that all of the measurements described above are poor surrogates for effective arterial blood volume (EABV), the key non-osmotic stimulus for vasopressin release. Moreover, the presence of a reduced intravascular volume measured even by sophisticated radioisotopic techniques does not necessarily equate a reduced EABV. Approximately 85% of the plasma volume resides in the venous circulation. Vasoconstriction caused by sympathetic activation can potentially reduce intravascular volume without reducing EABV. EABV is an elusive concept that cannot be directly measured and lacks a gold standard for diagnosis. Sterns et al make this compelling argument. Furthermore, as fluid restriction in the prototypical patient with hyponatremia from SIADH due to subarachnoid hemorrhage is not recommended because of the risk of vasospasm, the authors also question the utility of diagnosing CSWS given that treatment for SIADH and CSWS in these neurosurgical patients should be the same, ie the administration of hypertonic saline.

In a recent study of 100 patients with subarachnoid hemorrhage with hyponatremia, every hyponatremia case was either caused by SIADH or cortisol deficiency. Not a single case of CSWS was identified. 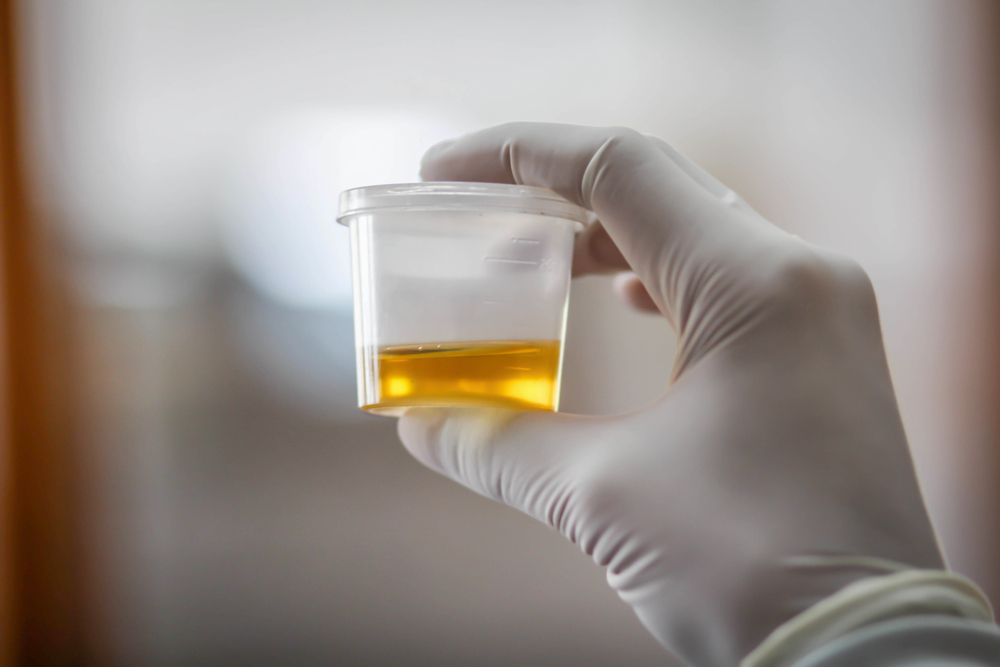 In conclusion, the existence of CSWS is still debatable, whereas the existence of SIADH is undeniable and is still the most common cause of hyponatremia overall. My prediction is that SIADH will win by a landslide.