The patient is a 51-year-old male who initially presented with anemia and thrombocytopenia (9K) and creatinine of 1.72. Serology showed negative ANA but anti-DNA positive; SPEP showed no M spike. He was treated with platelet transfusion and dexamethasone. One month later he returned, again with platelets <10K. With bone marrow biopsy unrevealing, his thrombocytopenia was felt to be immune-mediated and was treated with rituximab. One year later, biopsy of an incidentally discovered mediastinal mass showed reactive plasmacytosis and findings concerning for IgG4-related disease. CT also showed haziness of both kidneys, prompting a kidney biopsy. 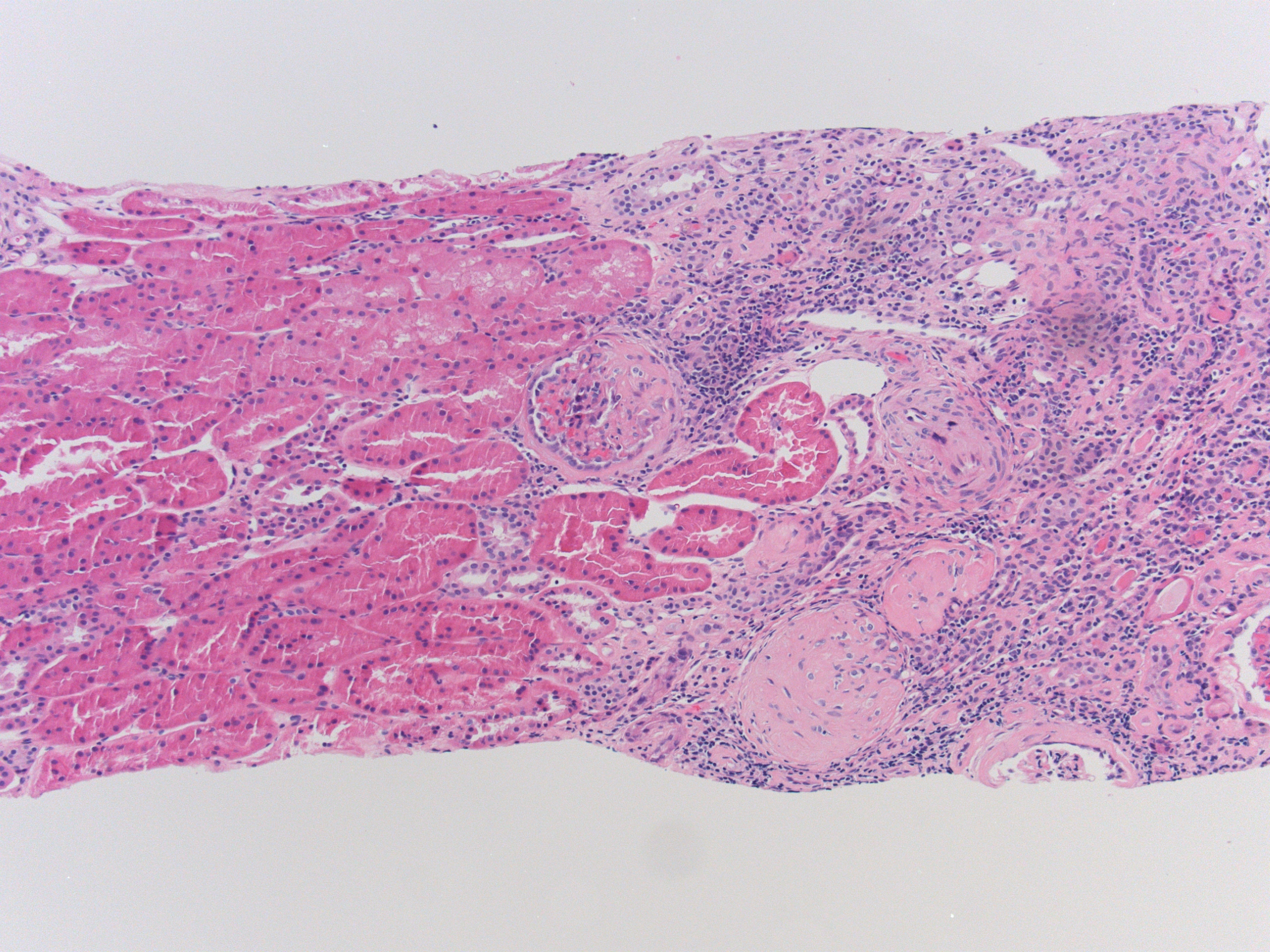 High-power views revealed the inflammatory infiltrate to be enriched in plasma cells, many of which were positive for IgG4 by immunostain: 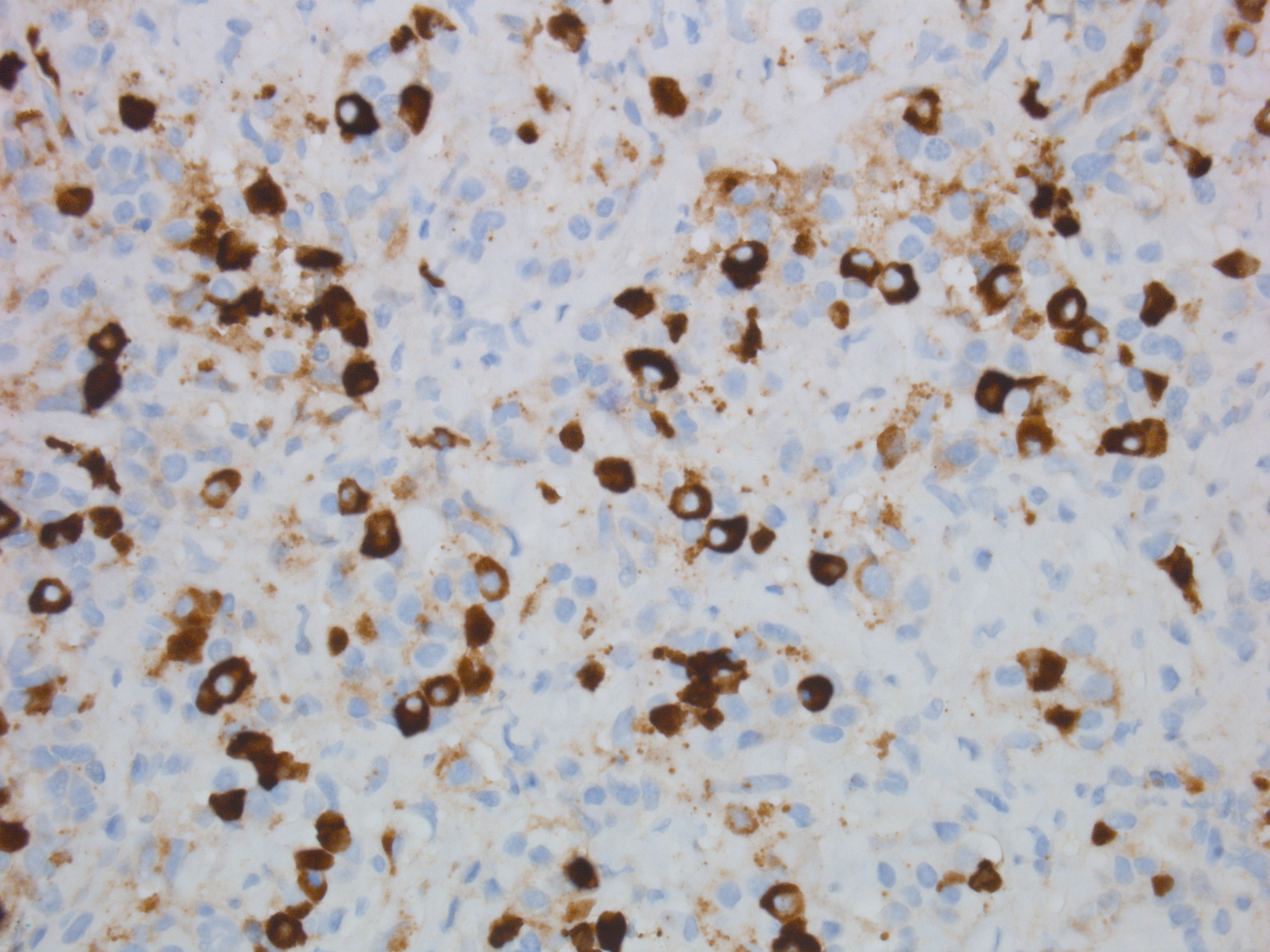 Many classic features of IgG4-related tubulointerstitial nephritis are illustrated in this case. First, the sharp demarcation between fibrotic and uninvolved areas is striking and is typical of IgG4 disease. Second, the pattern of fibrosis is remarkable in its density and its appearance with “bird’s eye” character. Birdseye is a wood grain pattern (classically seen with maple) with circular whorls overlaying a background of smooth linear grain, seen in decorative wood such as a cabinet in my living room and in musical instruments: 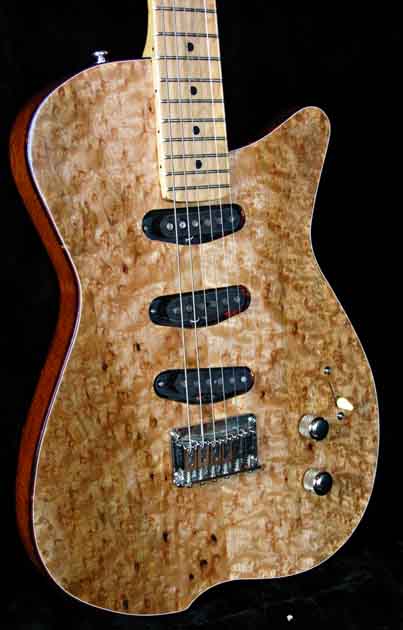 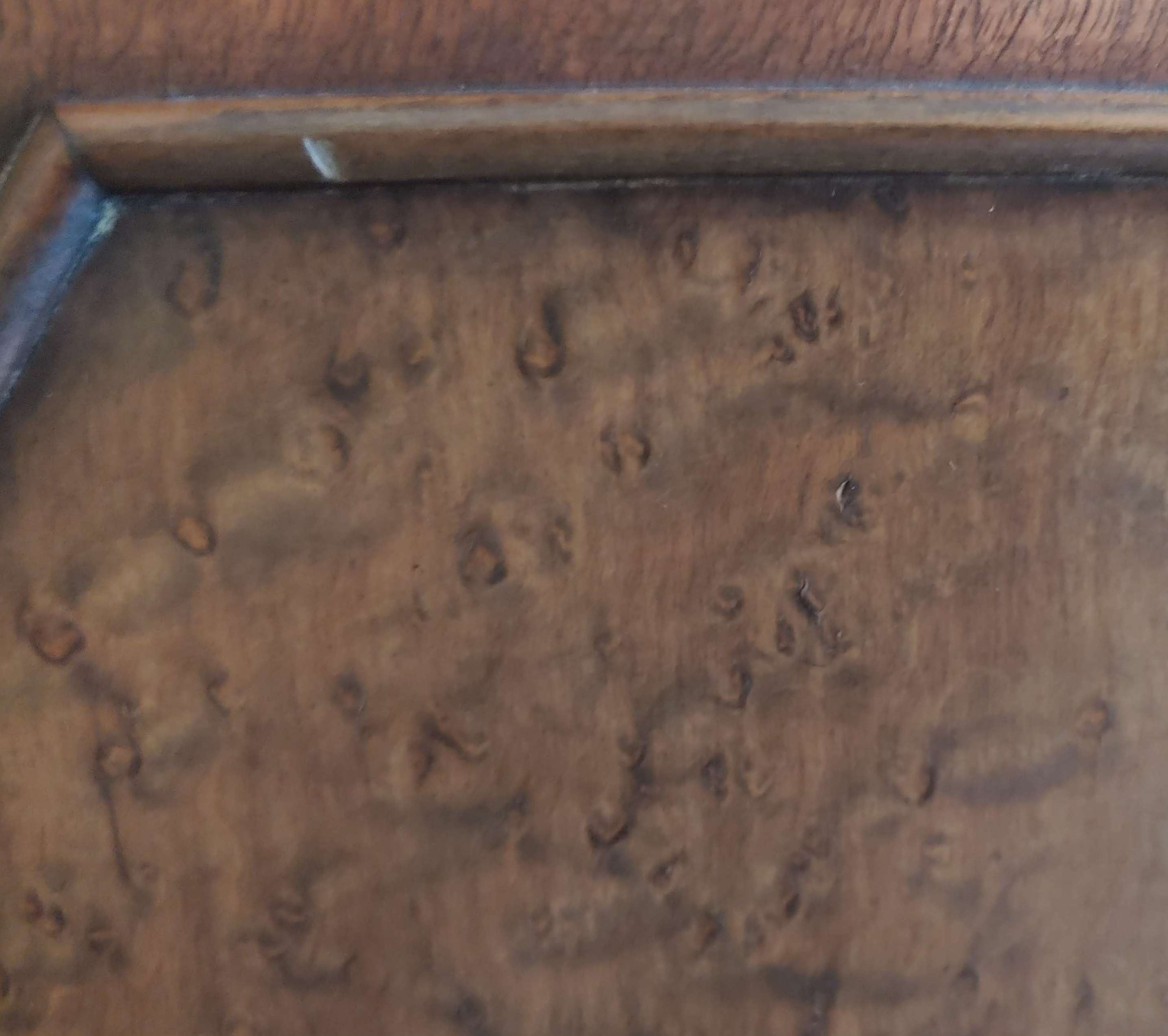 The description of IgG4 fibrosis as a birdseye pattern is a wonderful and evocative comparison that accurately conveys the way the collagen fibers surround small circular nests of inflammatory cells. This pattern is best appreciated on silver stains: 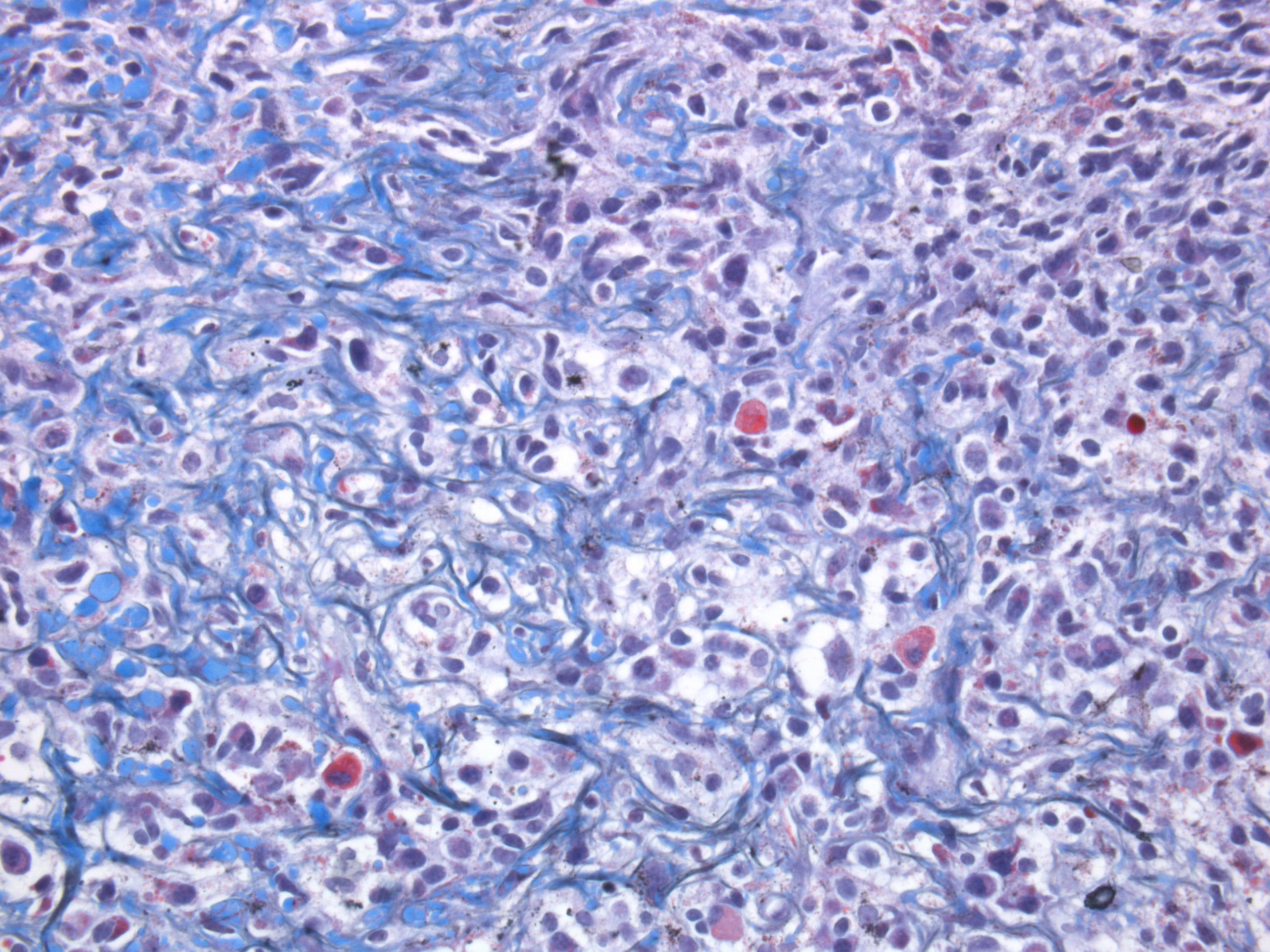 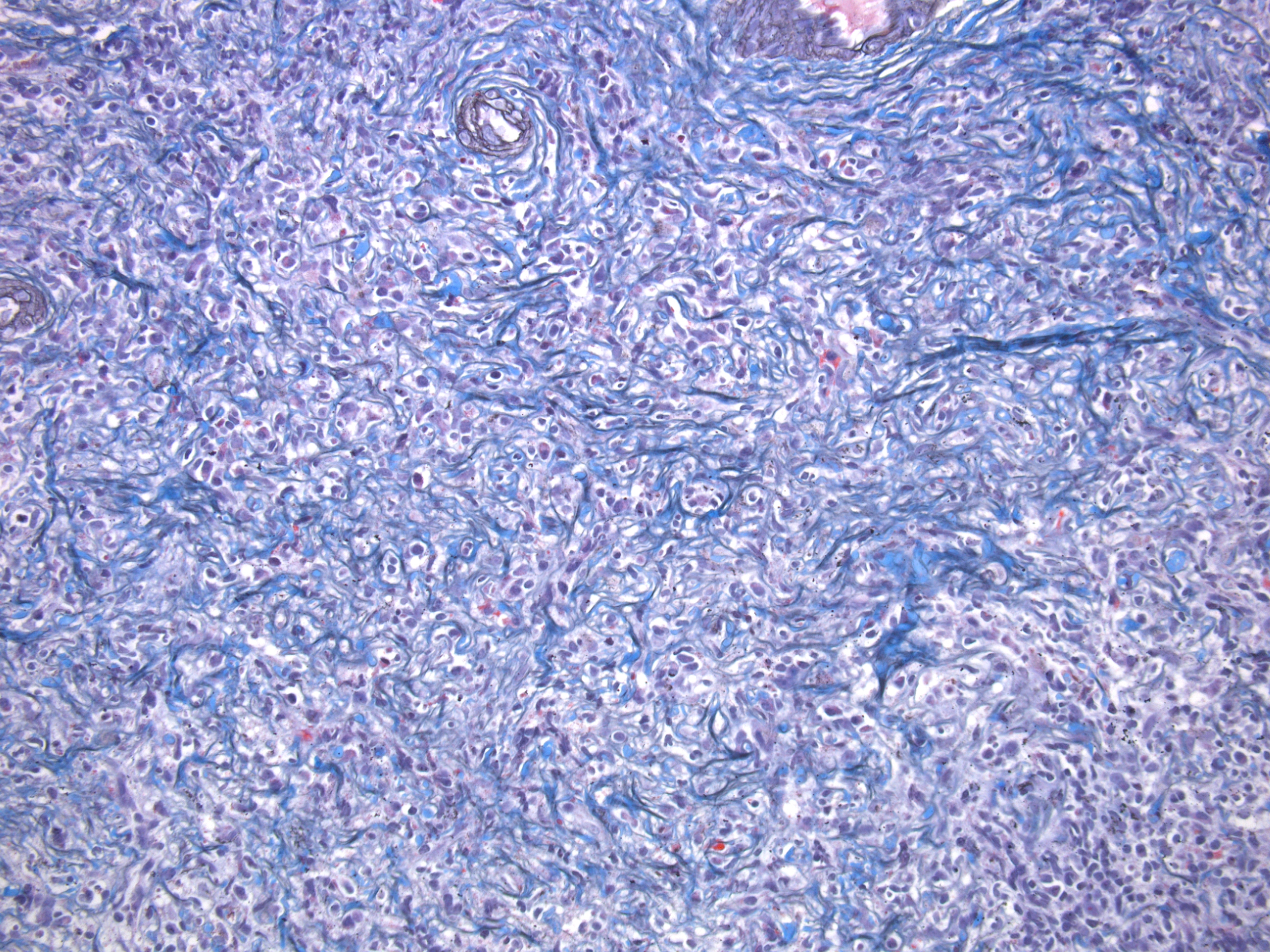 The fibrosis may also take on a “storiform” character, which evokes cartwheel spokes radially emanating from a center. This pattern is not as well-illustrated in the present case.

The histopathologic diagnosis of IgG4-related disease requires integrated assessment of multiple features, including:

Applying multiple criteria, including clinical information, is important as it has been shown that other entities may have overlapping features including focally increased IgG4 plasma cells. These entities include diabetic nephropathy, ANCA-associated vasculitis, lupus nephritis, and anti-LRP2 nephropathy.