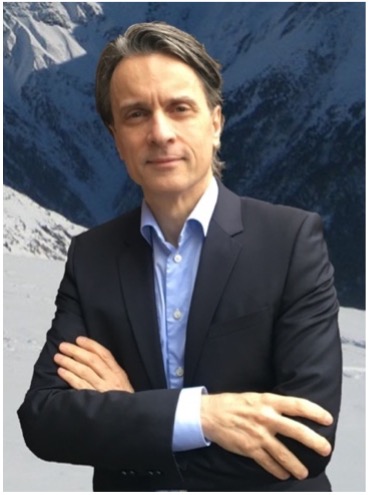 Volker H. Haase holds the Krick-Brooks Chair in Nephrology at Vanderbilt University, where he serves as a Professor of Medicine and Professor of Molecular Physiology and Biophysics. Professor Haase has a long-standing interest in oxygen sensing, HIF biology and renal anemia. For information about his research program, please visit www.haaselab.org. 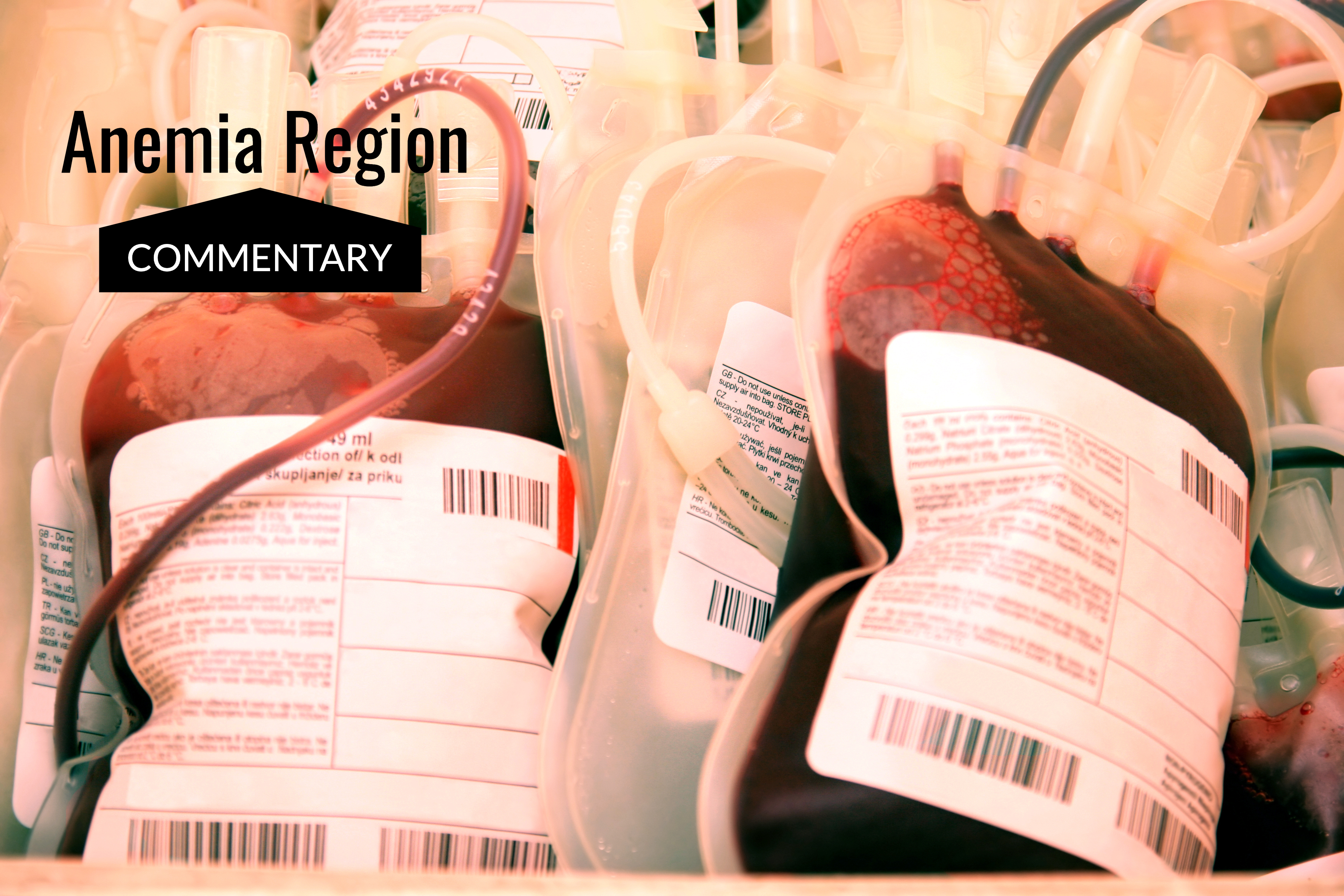 Competitors for the Anemia Region

A new class of orally-administered anemia drugs, hypoxia-inducible factor-prolyl hydroxylase inhibitors (HIF-PHIs), is about to enter the market in the United States and become part of the nephrologist’s medical toolbox. Several HIF-PHIs have already been approved for marketing in Japan and China. HIF-PHIs do not only have the potential to change how nephrologists manage patients with chronic kidney disease (CKD) and anemia but are likely to impact on other areas of clinical medicine.

Anemia is a major complication of CKD, which not only impacts on quality of life, but also is a risk factor for cardiovascular morbidity and mortality, and for kidney disease progression.

A major breakthrough in the therapy of anemia in CKD was the introduction of recombinant human erythropoietin (EPO), which received FDA approval in 1989. Since then, different versions of recombinant EPO, referred to as erythropoiesis stimulating agents (ESAs), have become the mainstay of current anemia therapy in conjunction with supplemental iron treatment. Although ESAs have transformed the lives of millions of patients with CKD and reduced the need for blood transfusions, large clinical trials have raised significant cardiovascular safety concerns. ESA treatment that aimed at raising hemoglobin levels above 13 g/dL increased cardiovascular event rates and mortality in non-dialysis- and in dialysis-dependent CKD. This increase appeared to be associated with high ESA dosages rather than the achieved hemoglobin levels.

Although current anemia therapy is effective in the majority of patients with CKD, nephrologists are still faced with several clinical challenges, including logistical and safety concerns related to the need for parenteral drug administration, the frequency of intravenous iron infusions, hemoglobin excursions and side effects associated with ESA therapy, such as hypertension. Furthermore, current anemia therapy does not target some of the common mechanisms that underly ESA hyporesponsiveness, which represents a significant clinical problem that is associated with greater risk of cardiovascular events and blood transfusions. A major cause of ESA hyporesponsiveness in patients with CKD is inflammation associated with the inability to mobilize and utilize stored iron for erythropoiesis. The latter is mediated by elevated serum hepcidin, which is a small iron-regulated peptide produced by the liver. Hepcidin promotes the degradation of ferroportin, the only known cell surface molecule that transports iron out of cells, thus impeding intestinal iron uptake and iron mobilization. Serum hepcidin levels are increased in CKD patients due to low renal clearance and inflammation, i.e., elevated levels of inflammatory cytokines, which increase hepcidin transcription. The development of therapeutic strategies that, alone or in combination, target mechanisms underlying anemia associated with inflammation and ESA hyporesponsiveness is therefore highly desirable.

HIF-PHIs are orally administered anemia drugs that have recently been approved for marketing in Japan and China and are currently undergoing regulatory evaluation in the United States and in Europe. HIF-PHIs mimic cellular hypoxia responses and activate HIF transcription factors, which are master regulators of multiple cellular and tissue hypoxia responses. HIFs stimulate erythropoiesis by inducing the production of EPO in kidneys and liver, increasing the transcription of genes involved in iron metabolism, thus enhancing iron uptake, mobilization and transport, and by facilitating erythropoiesis via direct action on cells of the bone marrow environment.

The HIF transcription factors HIF-1 and HIF-2, which are the most clinically relevant HIFs, belong to a larger family of proteins that regulate cellular responses to environmental stresses and are composed of two subunits: an oxygen-sensitive α-subunit (HIF-1α, HIF-2α, or HIF-3α), and a constitutively expressed β-subunit; HIF-1α and HIF-2α heterodimerize with HIF-β to form HIF-1 and HIF-2 transcription factors, respectively. In the presence of oxygen, continuously synthesized HIF-α subunits are hydroxylated by prolyl hydroxylase domain dioxygenases (PHD)1, PHD2, and PHD3, which initiates the rapid proteasomal degradation of HIF-α. PHD dioxygenases utilize molecular oxygen and α-ketoglutarate as substrates, and act as the oxygen sensors of the HIF pathway. Under hypoxia or when the HIF-PHDs are inhibited pharmacologically, HIF-α degradation is diminished and intracellular HIF-α levels increase (HIF stabilization) resulting in the formation of HIF heterodimers and activation of HIF-dependent gene transcription. In addition to regulating erythropoiesis, HIFs regulate other hypoxia response including angiogenesis, energy metabolism, cellular differentiation and growth. Some of these responses are cytoprotective, promote tissue regeneration and wound healing or inhibit inflammation.

HIF-PHIs in anemia therapy and beyond

HIF-PHIs are potent HIF-activating drugs that inhibit all three PHD isoforms reversibly and stabilize HIF-1α and HIF-2α intermittently. Low levels of HIF activation are sufficient for the induction of EPO transcription and stimulation of erythropoiesis. It is important to note that HIFs are pleiotropic transcription factors, which regulate a multitude of cellular processes. The activation of broader HIF responses is therefore not desirable in patients who are being treated for longer periods of time.

Although large global cardiovascular safety-driven phase 3 trials with more than 20,000 participants combined have been completed, most trial results have not been published in peer-reviewed journals. However, preliminary efficacy and safety data have been presented at international meetings. These, together with smaller published phase 3 studies from Asia demonstrated that HIF-PHIs are efficacious in correcting and maintaining hemoglobin in patients with non-dialysis and dialysis-dependent CKD and are non-inferior to ESAs with regard to efficacy. Efficacious HIF-PHI dosage is associated with the induction of serum EPO levels that are lower than those typically observed in patients receiving standard ESA dosing. Furthermore, HIF-PHIs appear to have iron-sparing effects based on preliminary data from phase 3 studies. The effects of HIF-PHIs on iron homeostasis are not unexpected, as HIF regulates the transcription of multiple genes involved in iron metabolism such as transferrin, transferrin receptor 1, ceruloplasmin and others. In fact, serum transferrin levels and TIBC were found to be elevated in patients treated with HIF-PHIs. Similar to ESA injections, oral administration of HIF-PHIs lowers serum hepcidin levels. This results from stimulated erythropoiesis and increased erythroferrone production in the bone marrow, and not from a direct effect of HIF on hepcidin transcription. Although it has been speculated that HIF-activation could potentially be beneficial in patients who do not adequately respond to ESA treatment, the impact of HIF-PHIs on this subgroup of patients is unclear and has not been properly studied. 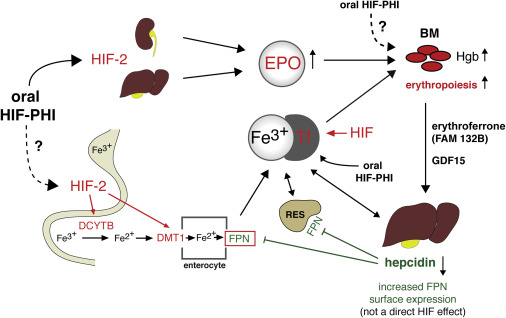 HIF-activating drugs have clinical effects beyond erythropoiesis, the extent of which is under investigation. A consistently observed non-erythropoietic effect is the lowering of serum cholesterol with some compounds (LDL and HDL), which appears to be a HIF-mediated on-target effect. To what degree this will impact on cardiovascular outcome and management of dyslipidemias is unclear and requires further study.

Preliminary cardiovascular safety analysis from large global phase 3 trials suggests that HIF-PHIs appear to be non-inferior to ESAs in patients receiving dialysis, whereas cardiovascular safety in non-dialysis patients indicates regional differences with one of the compounds, i.e., a higher cardiovascular hazard ratio in patients from non-US trial sites versus US patients compared to ESA. Although HIF-PHIs have been well-tolerated by patients, there are several theoretical safety concerns that will need to be addressed in further clinical studies and post-marketing analyses. These include potential tumor-promoting effects associated with HIF activation; pro-angiogenic effects; pulmonary arterial hypertension, as HIF activation increases vascular tone in pulmonary arteries; thromboembolic complications; the promotion of kidney cyst growth; adverse effects on glucose and liver metabolism; and potential pro-fibrotic effects in the kidney and other organs.

Because of the anti-inflammatory and tissue-protective effects associated with HIF activation, HIF-PHIs have therapeutic potential for clinical conditions other than anemia, which include inflammatory bowel disease, wound healing and ischemia-reperfusion injury.

Disclosure: Volker Haase has received consulting fees from AstraZeneca and FibroGen, which develop the HIF-PHI roxadustat in collaboration; Akebia Therapeutics, which develops the HIF-PHI vadadustat; Rockwell Medical and Incyte.