Editor’s Note: We asked authors of Original Investigations to provide short plain-language summaries that would briefly summarize what inspired their study, the basic approach taken, what was learned, and why it matters. We hope our readers will find this valuable in helping them keep up with the latest research in the field of nephrology. From the September 2021 issue: 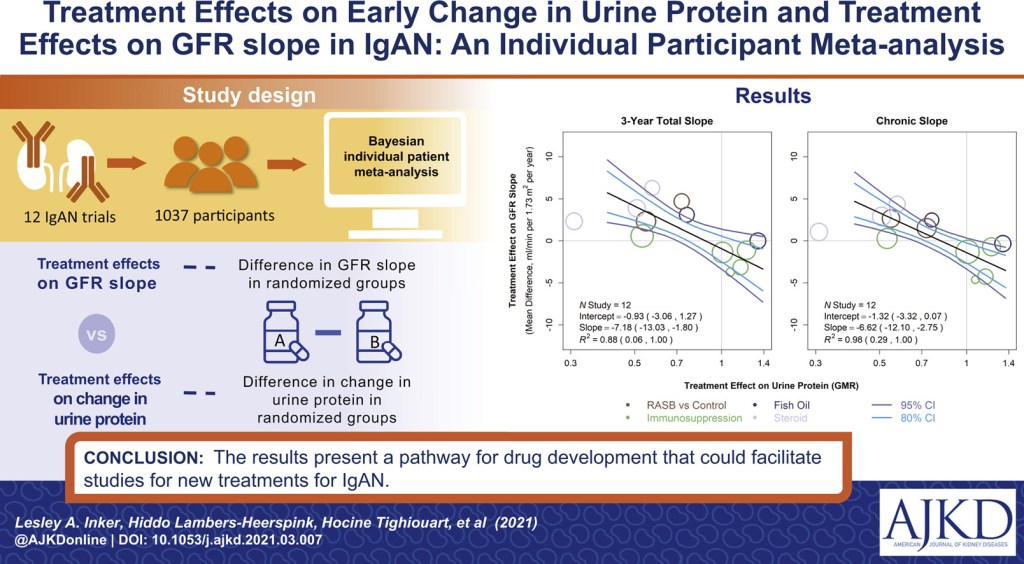 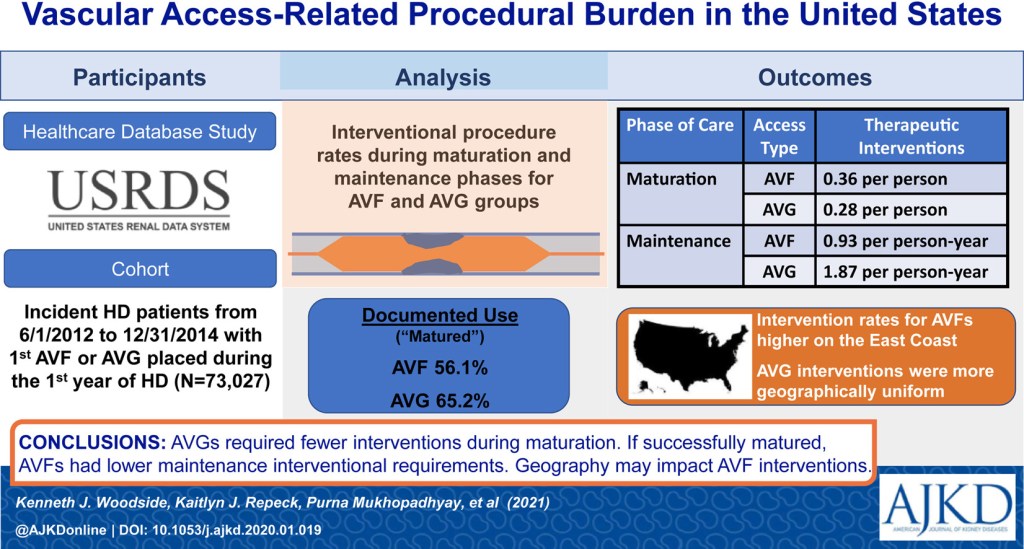 From the authors: So far, research on children who are treated with dialysis or have received a kidney transplant has focused on Europe and North America. In this study, we describe the mortality risk of children on maintenance peritoneal dialysis in different parts of the world and assess which factors are associated with patient survival. We included 2,956 patients younger than 19 years from the International Pediatric Peritoneal Dialysis Network who started maintenance peritoneal dialysis between 1996 and 2017. After 3 years, the overall probability of death was 5%, ranging from 2% in North America to 9% in Eastern Europe. Mortality was higher in low-income countries than in high-income countries. This study shows that the overall patient survival on maintenance peritoneal dialysis is high in children, and that country income is associated with patient survival.

From the authors: Creation of an arteriovenous ﬁstula (AVF), compared to an arteriovenous graft (AVG), is associated with longer initial catheter dependence after starting hemodialysis. It is hoped that this initial dependence is overcome by lower long-term dependence, but it is not clear whether this is realized in older patients. We examined catheter dependence among patients aged 67 years or older who received an AVF/AVG within the ﬁrst year after starting hemodialysis. We found that the initial higher dependence was not reversed with follow-up to 3 years. Cumulative catheter dependence remained greater for those with an AVF. These ﬁndings emphasize the importance of patient characteristics when choosing a vascular access type. 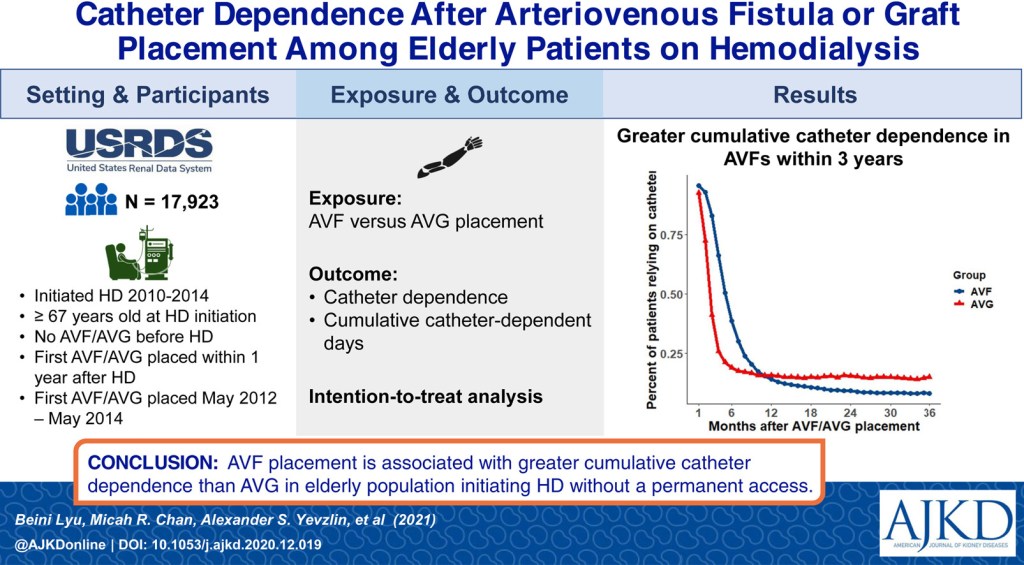 Brief Guide: Interpreting the Evidence from the August 2021 Issue: 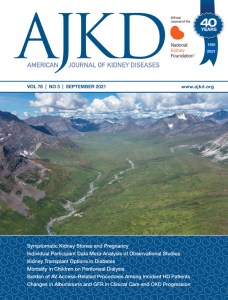 On the Cover: The Kiagna River wends its way through the wilderness of the Wrangelle-St. Elias National Park and Preserve in Alaska. Though the journey is a long one, the river’s branching course is clear and its flow unimpeded, evoking the image of a well-functioning hemodialysis vascular access. However, all too often, arteriovenous accesses for hemodialysis do not mature or fail after some period of clinical use. These complications often require endovascular interventions to achieve and maintain patency. In this issue of AJKD, Woodside et al report on the high rate of interventions required to successfully create and sustain vascular accesses as well variations across access type and geographic area.

The photograph “East Fork Kiagna River” is by US National Park Service/Jacob W. Frank, available via Flickr and released into the public domain.

AJKD is celebrating its 40th year in 2021. In this special collection, the editors highlight landmark papers on chronic kidney disease that have been published in the journal over the past four decades. 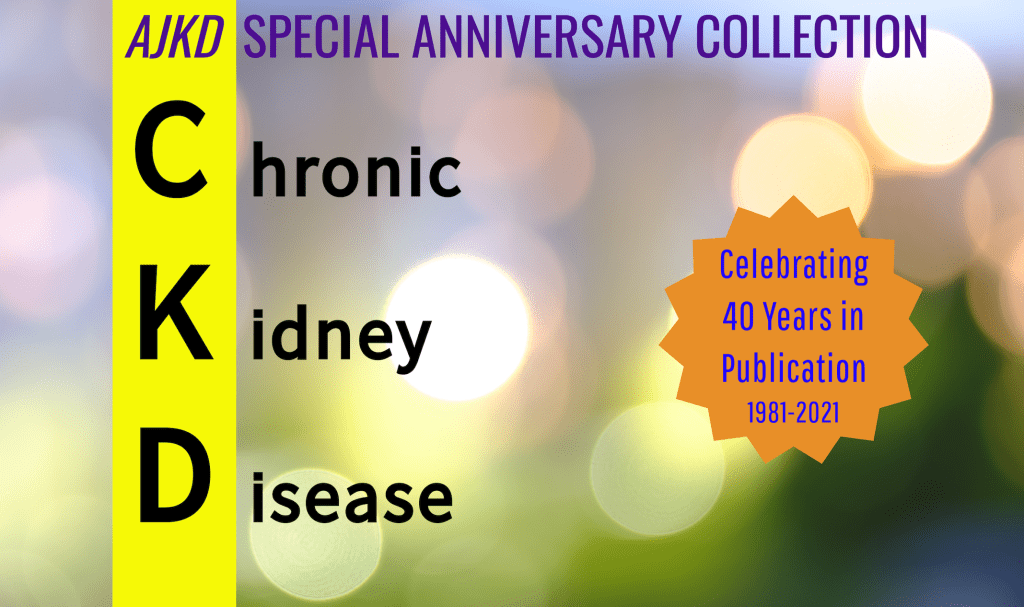