Michelle Rheault is the Director of the Division of Pediatric Nephrology at the University of Minnesota Masonic Children’s Hospital. Her clinical research interests are in Alport syndrome and pediatric glomerular diseases.

Competitors for the Neonatal Nephrology Region

Neonatal AKI and CKD vs Nephron Number and CKD 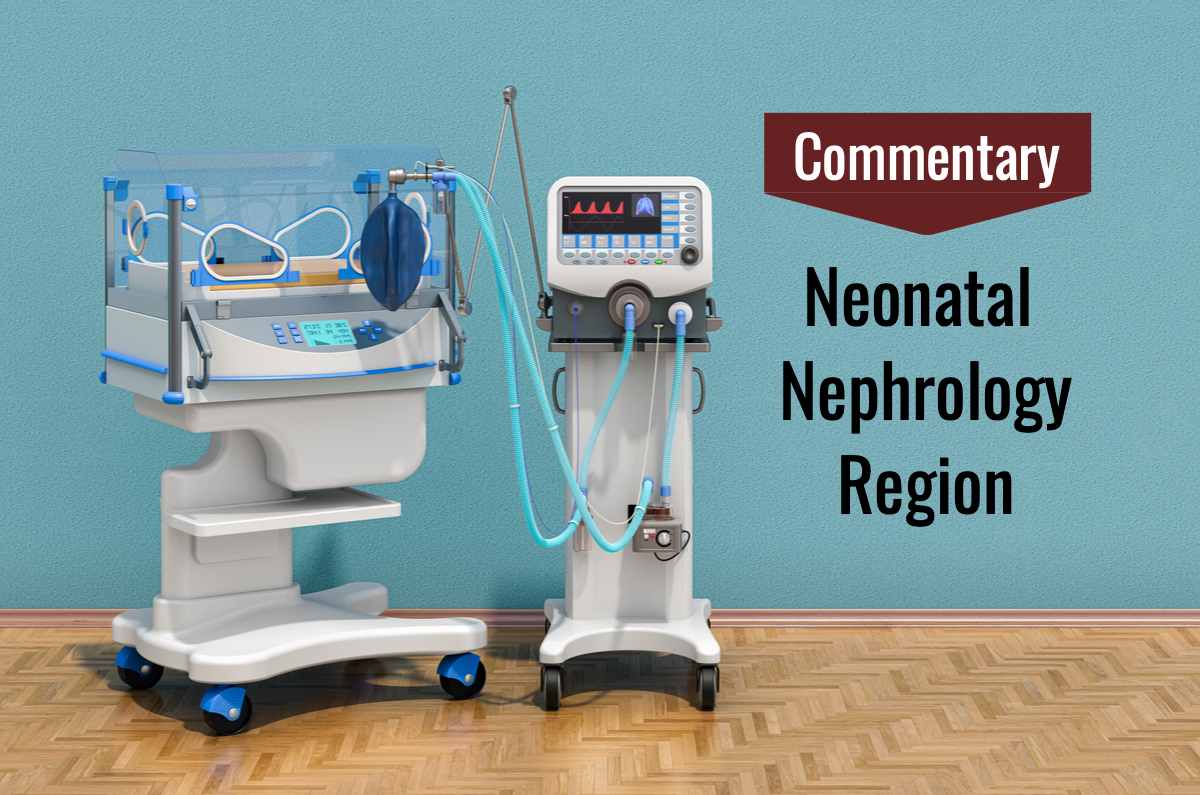 The NephMadness 2022 Neonatal Nephrology region matchups are epic this year. It’s like Duke vs. UNC or Kentucky vs. Louisville. These competitors are all at the top of their game. While only one of the teams can come out on top, baby kidneys are sure to be the real winners here.

The first matchup pits Novel Devices for Neonatal HD vs. Novel Therapies in Neonatal AKI. In the early 1970s, pediatric nephrologists were starting to attempt extracorporeal dialysis therapies in infants with some regularity. These pioneers ran into major issues including lack of small dialyzers and blood tubing, inability to accurately weigh small ultrafiltrate volumes, lack of small enough dialysis-capable catheters, and need for frequent blood transfusions. And even if the procedure itself was successful, there were complications such as “severe hypertension, malnutrition, electrolyte imbalance, and retarded motor development.”

It wasn’t THAT long ago (OK, it was during my fellowship) that we were doing single needle hemodialysis for the smallest babies because that was the best we could offer. The newest infant dialysis machines including Aquadex and Carpediem have really revolutionized infant dialysis and will allow this therapy to reach smaller, sicker infants. But it’s not as easy as plopping a new dialysis machine in the middle of a NICU and reaping the benefits. These new machines take training for nephrologists and nurses, ongoing nursing competencies, and administrator buy in. You have to convince someone in an ivory tower that a machine you may only need a few times a year is really worth their time, effort, and, of course, money.

So in that case, why don’t we just prevent the need for dialysis altogether by treating with theophylline or caffeine to prevent AKI? These promising preemptive therapies, especially in the setting of perinatal asphyxia, can probably reduce the severity of AKI but I’m not yet convinced that they help with hard outcomes like need for dialysis or CKD in the future. As much as I’d like to believe that caffeine cures everything, I’m not willing to put all my money on Novel Therapies in Neonatal AKI yet this year.

For that reason, I’m choosing Novel Devices for Neonatal HD for the win in this bracket.

Our next matchup pits Neonatal AKI and CKD vs. Nephron Number and CKD.

Neonatal AKI remains poorly recognized as a problem in the clinical setting. One of the most enlightening studies of all time comes from Carmody et al and showed that AKI occurred in 40% of all very low birth weight infants; however, only 13.5% of these infants had AKI noted on their discharge summary and NONE were referred to nephrology for follow-up. Maybe if we pretend it didn’t happen, everything will turn out OK? Of course, that’s not the case. These infants have increased risk of CKD, proteinuria, and hypertension already in childhood.

If neonatal AKI is bad, then we should do something to prevent it. What a great idea! Baby NINJA aimed to replicate the findings of NINJA. This pilot study prospectively identified infants who were being treated with ≥ 3 nephrotoxic medications for targeted interventions and successfully reduced AKI rates in the NICU. Unfortunately, even with these interventions, there are still a lot of infants affected by AKI who need nephrology monitoring for long-term complications.

The next competitor in this bracket is Nephron Number and CKD. Worldwide, an estimated 15 million infants are born prematurely (<37 weeks gestation) each year. An estimated 2-5 in 1,000 births are extremely premature (<28 weeks gestation) and more of these infants are surviving long-term. This timing is important because nephrons form exponentially from ~20-28 weeks gestation and continue to form through ~36 weeks gestation. If you are born prematurely, nephron development halts and you are stuck with what you have. Fewer nephrons leads to hyperfiltration and risk for proteinuria, hypertension, and chronic kidney disease.

These little 22-week infants who are now surviving in our NICU scare the heck out of me. How many nephrons do they have? What is their risk of CKD in the future? Are we going to see a tidal wave of CKD as all of these premature infants reach adulthood in 20 years? For sheer potential worldwide impact alone, I choose Nephron Number and CKD as the winner for this matchup and for the Neonatal Nephrology region overall.

Although there is only a single (?!?!) pediatric nephrologist on the 21-person Blue Ribbon Panel this year, I expect Nephron Number and CKD to go far. 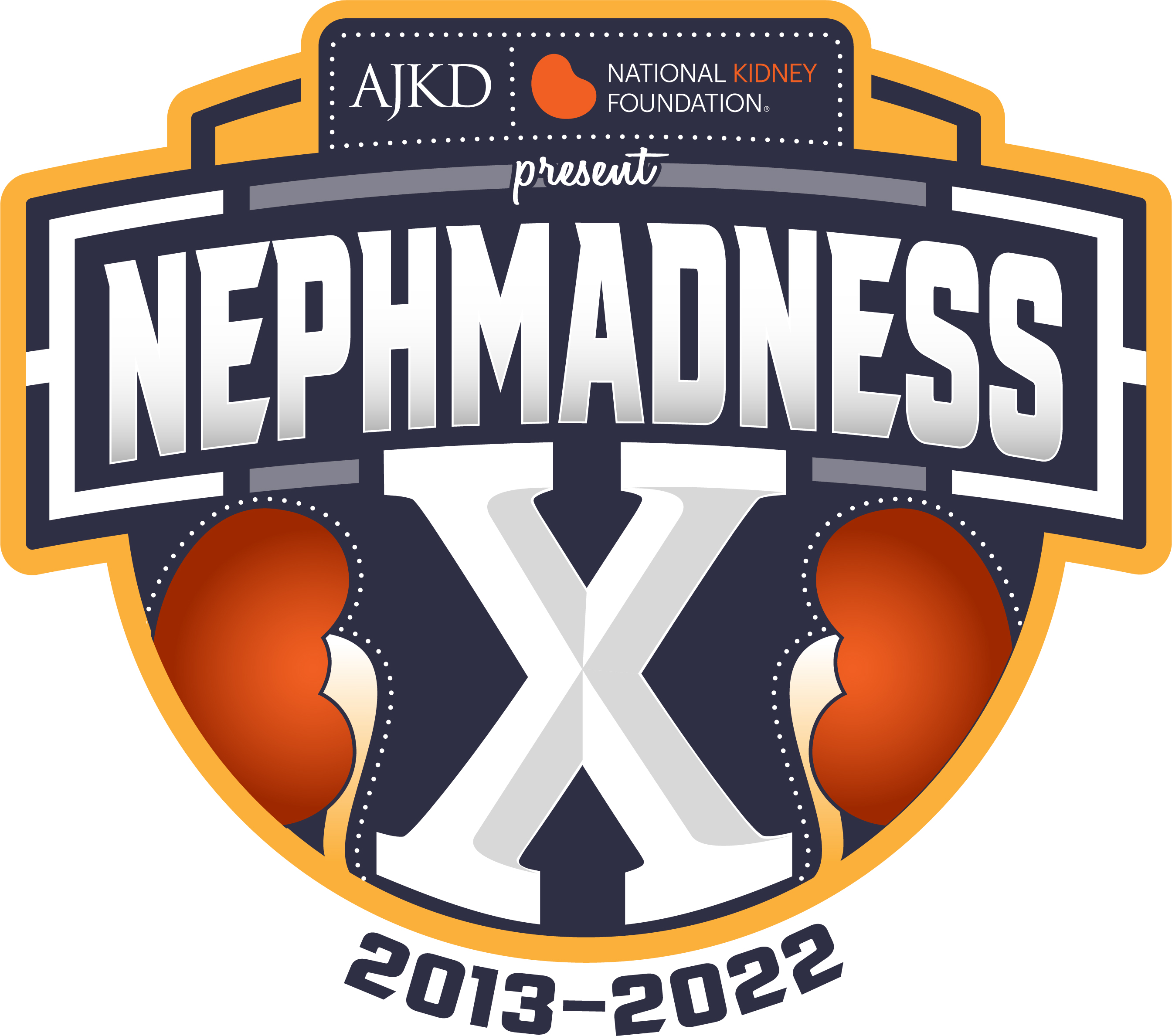