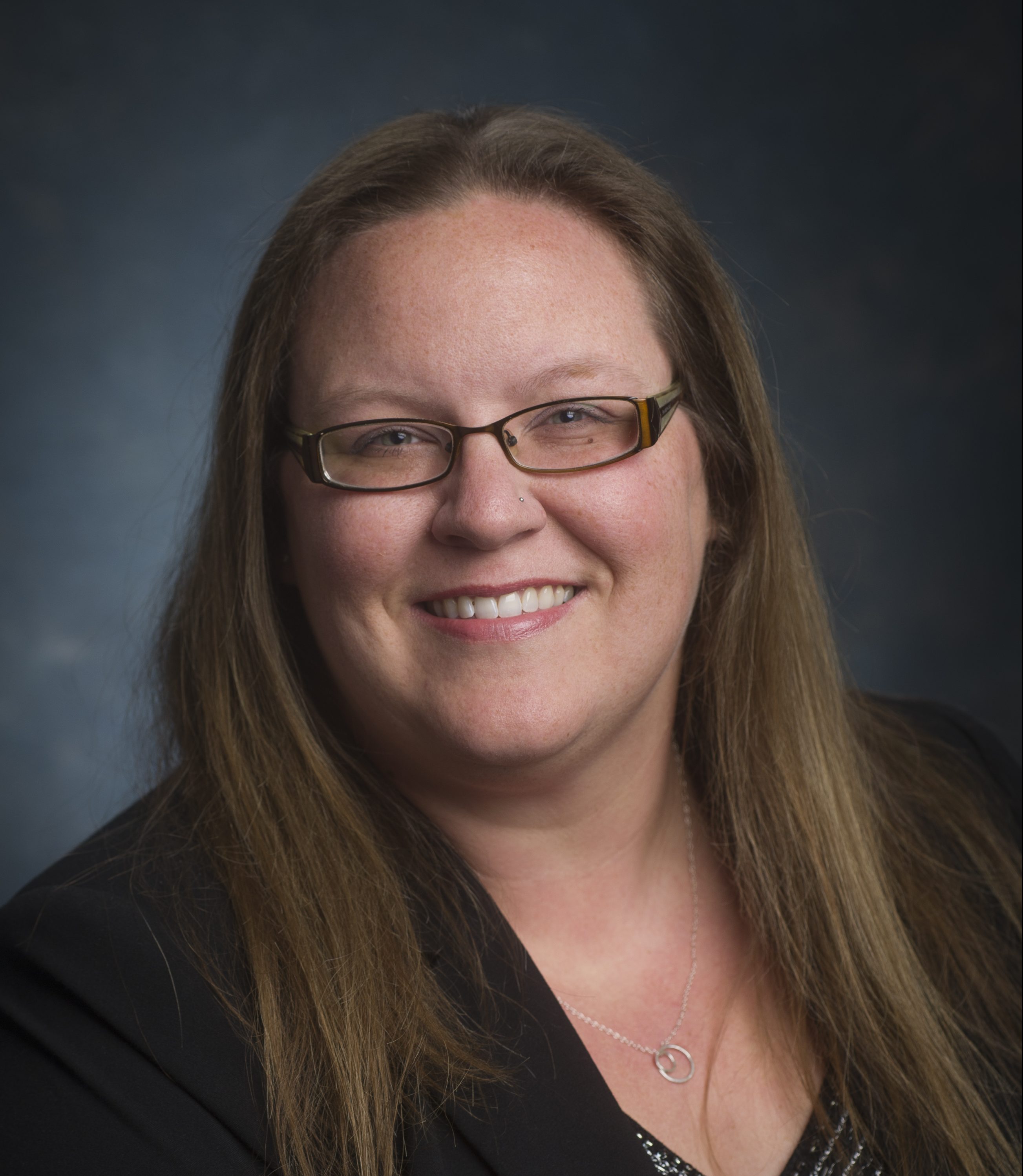 Kelly Hyndman is an Assistant Professor of Medicine in the Section of Cardio-Renal Physiology and Medicine, Division of Nephrology, at the University of Alabama at Birmingham. She has trained both in comparative physiology and kidney physiology labs and is currently a principal investigator of a basic science lab with research interests in novel mechanisms of fluid-electrolyte balance. She is also the Selection Committee Member for the Animal House Region.

Competitors for the Animal House Region 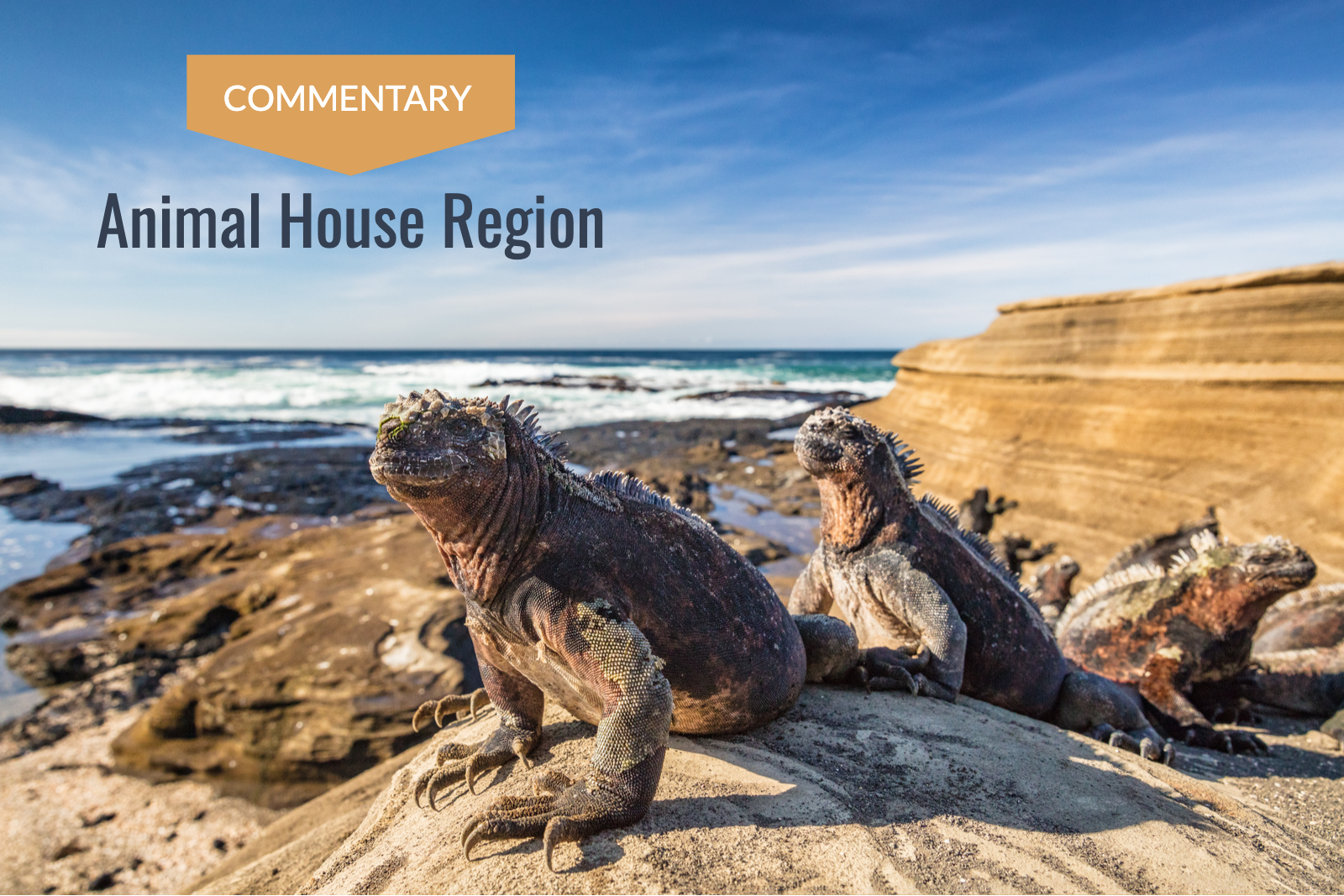 The Animal House is once again packed with exciting examples of how animals have evolved novel mechanisms to survive and thrive in different environments.

As August Krogh put it so eloquently, “for every biological question is an organism best suited to its solution.”

As Homer Smith called them, the kidneys are “the master chemists of our internal environment”.

So how did the glomerulus and nephron evolve? To start let’s briefly review kidney development. In mammals, during development we have 3 different types of kidneys: 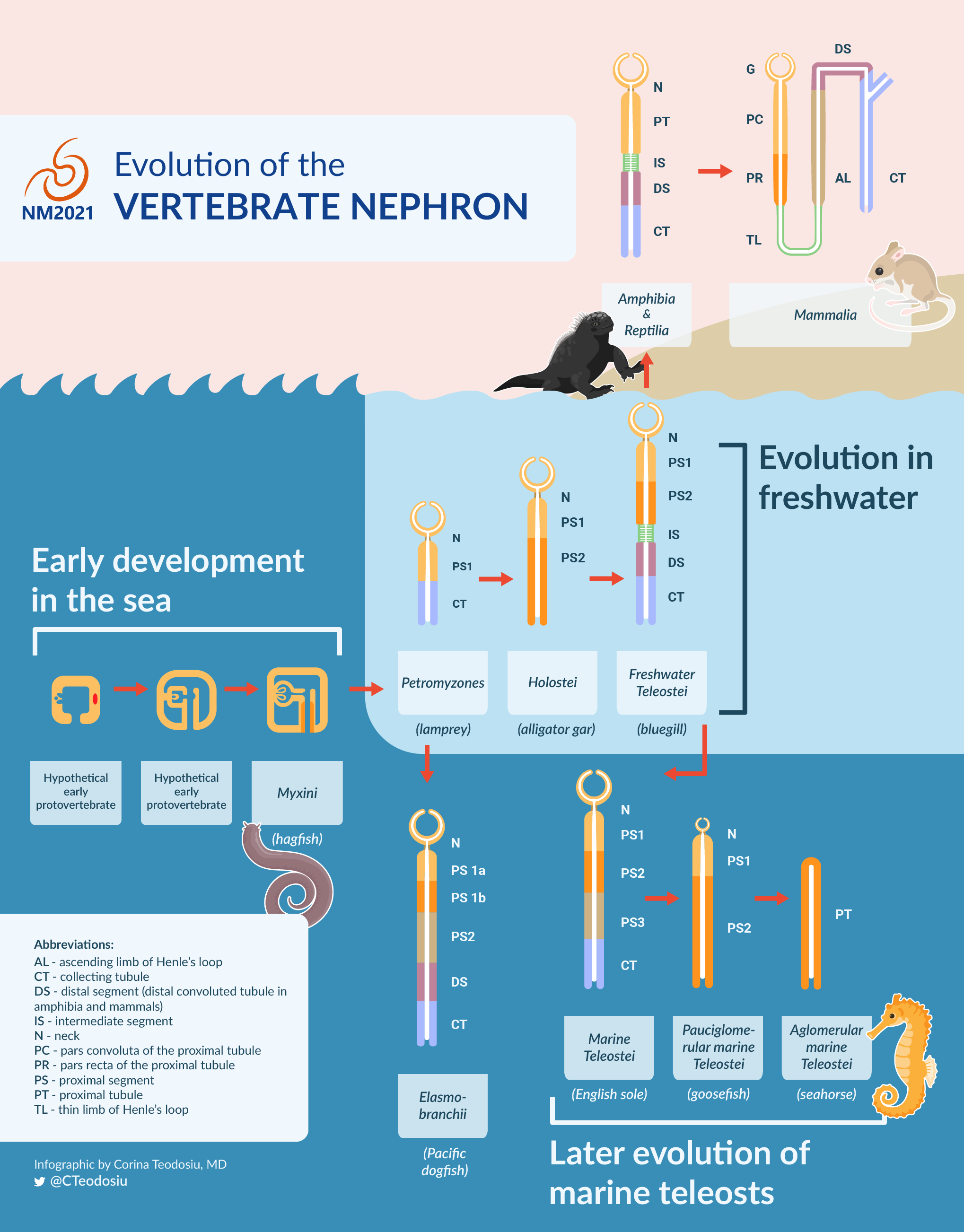 The kidneys in fishes and amphibians are mesonephric, and it was somewhere in the ancestor to the reptiles, birds, and mammals that the metanephric kidney evolved! Keeping that in mind, let’s examine the relationship between kidney structure and function in different environments.

The earliest vertebrates, animals like the marine hagfish (e.g. Myxini glutinosa) live in deep waters and encounter high environmental ammonia and urea while burrowing into decaying carcasses to feed. They are unique among the vertebrates because they are iono- and osmo-conformers; their blood is basically seawater so they don’t need to worry about regulating sodium! Hagfish have glomeruli and nephrons that are important for reabsorbing molecules such as glucose and proteins, just like all the vertebrate nephrons. But unlike the nephron in humans, the hagfish nephron does not regulate sodium but instead excretes phosphate, magnesium, calcium, and sulphates. This is a common function of all fish nephrons – sodium is regulated by extrarenal organs (gills or salt glands).

Next the Elasmobranchs – sharks and rays. These fishes are osmo-conformers but unlike the hagfish, they are iono-regulators maintaining their internal sodium to about 1/3 that of seawater. They have evolved an extrarenal salt gland that regulates the sodium, so what does their nephron look like? They have glomeruli, proximal tubules, distal tubules and collecting ducts. This nephron functions to excrete excess water and divalent ions.

The bony fishes are the most specious of the vertebrates (~29,000 different species), and they live in all aquatic environments – cold, tropical, freshwater, marine, and everything in between. These fishes evolved in freshwater, where because they are iono- and osmo- regulators (they maintain their internal osmolarity between 280-330 mOsm/L), they have the problem of being water loaded. It’s not surprising their nephron allows them to survive in this ion-depleted environment. They generally have big glomeruli to filter large amounts of fluid followed by proximal and distal tubules. At some point during evolution, some fishes were pushed out of the freshwater environment and re-entered the marine environment. Now dehydration was an issue. As a consequence, the glomeruli are generally smaller, and in the case of some fishes, gone completely like the seahorse, which helps prevent losing more fluid to the environment.

As animals evolved and transitioned to life on land — now water and salt were much harder to find — so did their nephrons change. Now the kidney functions in the excretion of sodium. Major changes to the nephron were seen in the ancestor that evolved into the reptiles, birds, and mammals; here we see development of the metanephric kidneys, and in the birds and mammals the development of the loop of Henle. This nephron segment allows the ultrafiltrate to be concentrated to that above plasma. Interestingly, in some marine reptiles and birds, extrarenal salt secreting organs evolved – like in the marine iguana to help them remain in balance. Similarly, the desert rodents like the spinifex hopping mouse, where water is nearly impossible to find, they evolved very long loops of Henle, and a greater medullary area in the kidney to help them to concentrate their urine even greater than is possible by humans.

Nature has given us lots of interesting nephrons to study, which help us understand structure/function relationships directly related to our evolution and developmental history. If you are interested in more details, check out Homer Smith’s seminal essay and a comprehensive review by Dr. William Dantzler.