Kathleen D. Liu is Professor of Medicine and Anesthesia in the Divisions of Nephrology and Critical Care Medicine at the University of California, San Francisco, where she is the Medical Director of the Apheresis/Hemodialysis Unit and Medical Intensive Care Unit at the University of California, San Francisco. Her research has focused on acute kidney injury, the acute respiratory distress syndrome, and critical care nephrology.

Competitors for the ICU Nephrology Region

Dialysis With ECMO vs AKI Etiology With ECMO 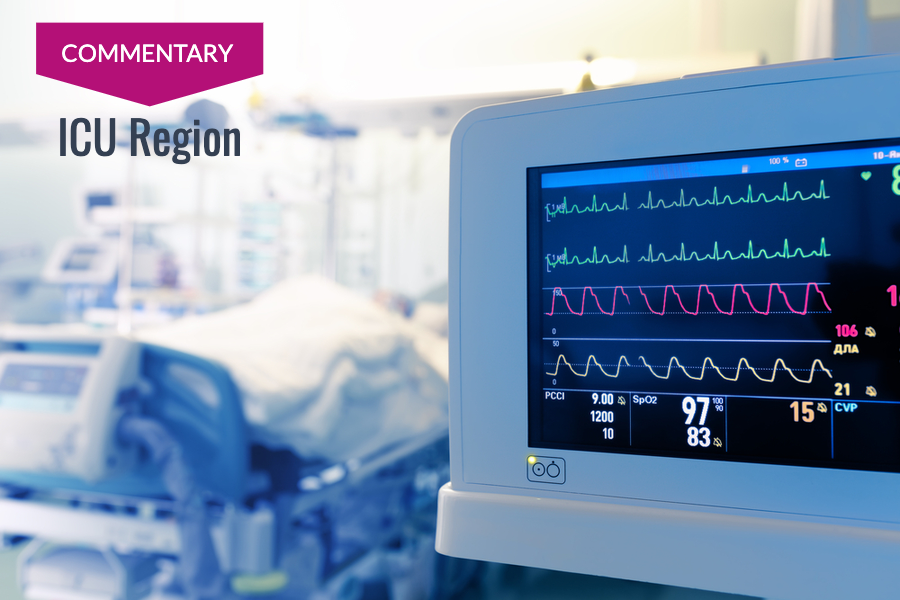 They say that in life, timing is everything. Thus, supporting timing of kidney replacement therapy (KRT) over extracorporeal membrane oxygenation (ECMO) makes sense to me. Although ECMO continues to grow in popularity (in particular for the treatment of severe COVID-19), per the Extracorporeal Life Support Organization (ELSO), there are less than 250 ECMO centers currently in the United States and less than 1000 in the world. Thus, ECMO is not a treatment with broad applicability, whereas timing of KRT is an issue that confronts nephrologists daily.

With regards to management of dialysis during ECMO, there is considerable variation, in part due to center-specific differences. For example, where I practice, our ECMO program is nurse driven, with an on call perfusionist. Therefore, we do not deliver CKRT in-line with the ECMO circuit. Rather, the circuits are kept separate so that if there is a technical issue with the CKRT circuit, it does not impact the ECMO circuit. This is a safety issue since there is not always a perfusionist in-house. Since each center has a slightly different setup, I don’t know that a standardized approach is realistic. Similarly, in the absence of a commercially available citrate solution specifically for regional anticoagulation, a standardized approach to anticoagulation for CKRT is also likely unrealistic. Although citrate may be preferable for a number of reasons, including better efficacy, decreased risk of bleeding and anti-inflammatory/anti-microbial properties, these must be weighed against the intensive monitoring that is typically associated with citrate anticoagulation and the risk of life-threatening hypocalcemia.

The AKIKI trial tested the potential benefit of a delayed dialysis strategy compared to initiation of KRT within 6 hours of meeting criteria for KDIGO Stage 3 acute kidney injury (AKI) in critically ill patients requiring mechanical ventilation or vasopressors. In the delayed strategy, KRT was started if oliguria persisted beyond 72 hours; BUN > 112 mg/dL; K > 6 mmol/L; pH < 7.15; or for acute pulmonary edema. Approximately half of the delayed arm did not receive KRT, and the mortality rate was lowest in the delayed arm subgroup that did not receive KRT. There was no overall difference in survival between the two arms. 20% of the cohort (approximately 125 patients) had a surgical reason for admission, with ¾ admitted after emergency surgery and ¼ admitted after scheduled surgery.

The IDEAL-ICU trial examined KRT in the setting of early septic shock and hypothesized that early KRT would be associated with improved mortality. The timing criteria for IDEAL-ICU and AKIKI were, in fact, quite similar – in the early arm, KRT was started within 12 hours of meeting (Risk, Injury, Failure, Loss of kidney function, and End-stage kidney disease) RIFLE F — approximately equivalent to KDIGO Stage 3 — criteria for AKI. There was no difference in survival between the two arms, and almost 30% of the delayed arm recovered without dialysis. There was no comment on surgery in this cohort, so unfortunately, we cannot make any inferences about KRT in surgical patients.

Finally, the STARRT-AKI trial was completed last year and is the largest trial in this space. Again, there was no benefit to early dialysis in this cohort, and approximately 40% of the delayed cohort did not receive dialysis. Approximately 20% of the overall cohort had emergency surgery, and 13% had scheduled surgery. In a prespecified analysis focused on the surgical cohort, there was no significant difference between the treatment strategies (OR of 1.20 favoring the standard strategy [95% CI, 0.91-1.59]).

In contrast, the single center ELAIN trial randomized 231 patients with KDIGO Stage 2 AKI and elevated levels of neutrophil gelatinase-associated lipocalin (NGAL) to early dialysis (within 8 hours) or a delayed strategy (within 12 hours of meeting KDIGO Stage 3 AKI criteria). Despite only approximately 24 hours of separation between the treatment arms with regards to KRT initiation, there was a difference in 90 mortality that persisted at 365 days. This was a single center study. In addition, there has been significant interest in intra-operative/peri-operative fluid optimization. However, at present, in the absence of additional data, with regards to KRT in surgical patients, there is no data to support an earlier initiation strategy.  This is based on robust data from more than 1000 patients from AKIKI and STARRT-AKI, though a pooled analysis has not been completed.

With regards to the timing of initiation of KRT in children, there has been tremendous interest in the association of fluid overload with mortality. This association persists regardless of KRT status. Although these studies have been criticized because this association may be confounded by severity of illness, for many pediatric intensivists and nephrologists there is not equipoise regarding KRT initiation in children and neonates with AKI who are not responsive to diuretics. Fluid overload may also dilute serum creatinine and impact AKI ascertainment; this may be a particular issue in children and neonates, where fluid overload may occur more readily due to their small size. However, the timing of dialysis in children will be challenging to study, given the likely lack of equipoise.

Thus, to me, of the 4 areas in this region, the timing of KRT in surgical patients is the area with with the strongest data in support of our current approach, and the region winner. I look forward to hearing the comments of the NephMadness Blue Ribbon panel!