Each year NephMadness continues to grow and grow. At first, NephMadness was a difficult concept to grasp for anyone who didn’t grow up in the US addicted to college basketball. Brackets and March Madness were deeply ingrained into my youth and is still an exciting time of the year for me. When Joel (also a rabid college basketball fan) and myself pitched the idea to Kenar Jhaveri (AJKD blog editor) he wasn’t too familiar with the concept. His sport is cricket and his time of the year (or every 4 years) is the Cricket World Cup. In World Cup play, both football and cricket, teams are placed in pools allowing for teams to advance with the best record. Even with a loss, you have the potential to advance. In stark contrast, NephMadness is a single elimination tournament. As such, this creates an environment where upsets happen all too frequent. Sometimes with no rhyme or reason. The Madness in March– and in this case Neph–Madness. So, it is interesting to see how our nephrology branded event has caught on around the world. If you look at the country of origin data for NephMadness 2014 (which was all voluntary and had a ~75% response rate) you can see that a vast majority (78%) of participants come from the US. With Canada, UK and Brazil having the next highest participation rate. However, the reach beyond that is interesting as well. NephMadness ’14 had participants from India, Germany, France, Lebanon, Turkey, Kuwait, Egypt, among others. 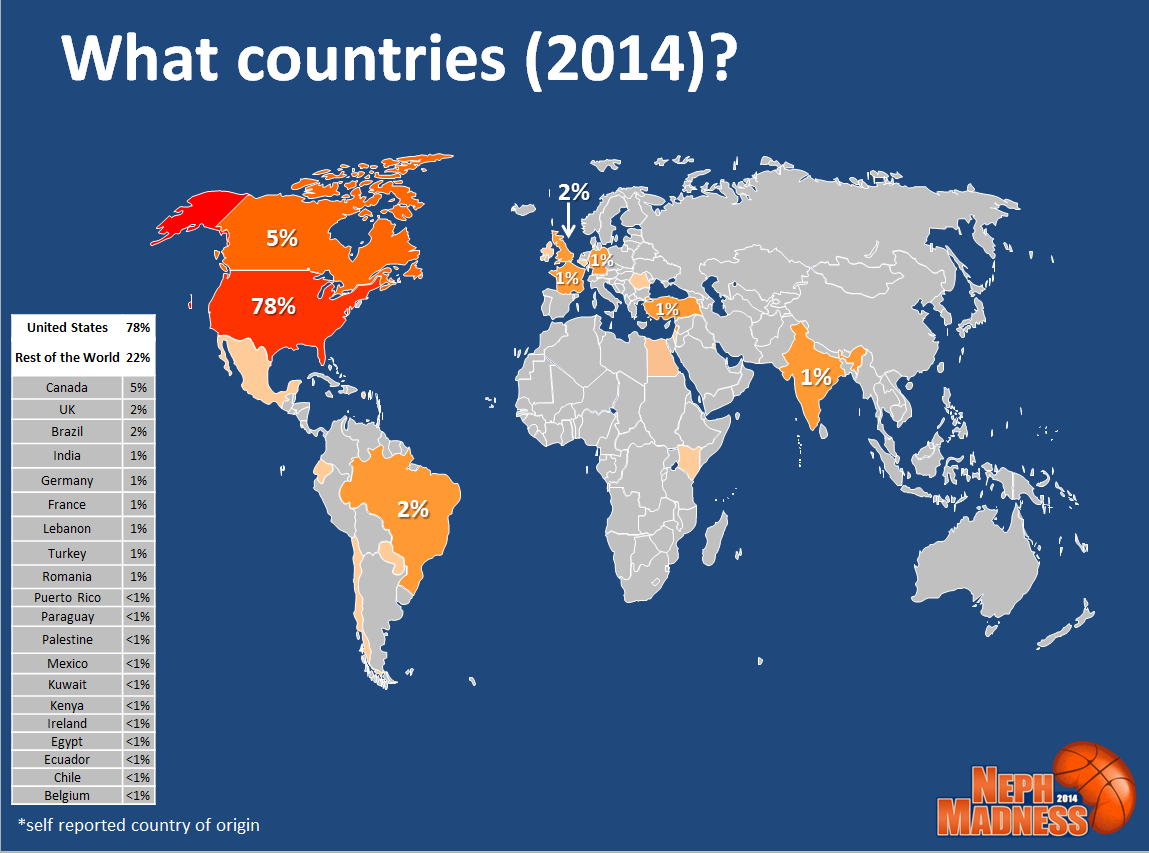 NephMadness ’15 data (~75% response rate) still shows great participation from the US (75%). However, we saw an uptick from Canada, India, UK, and Mexico (all very encouraging to us). Furthermore, we saw new players from the Philippines, New Zealand, Qatar, Italy, Japan. Since this is all voluntary data, it is possible that the remaining players who didn’t answer the questions could come from countries not represented here. 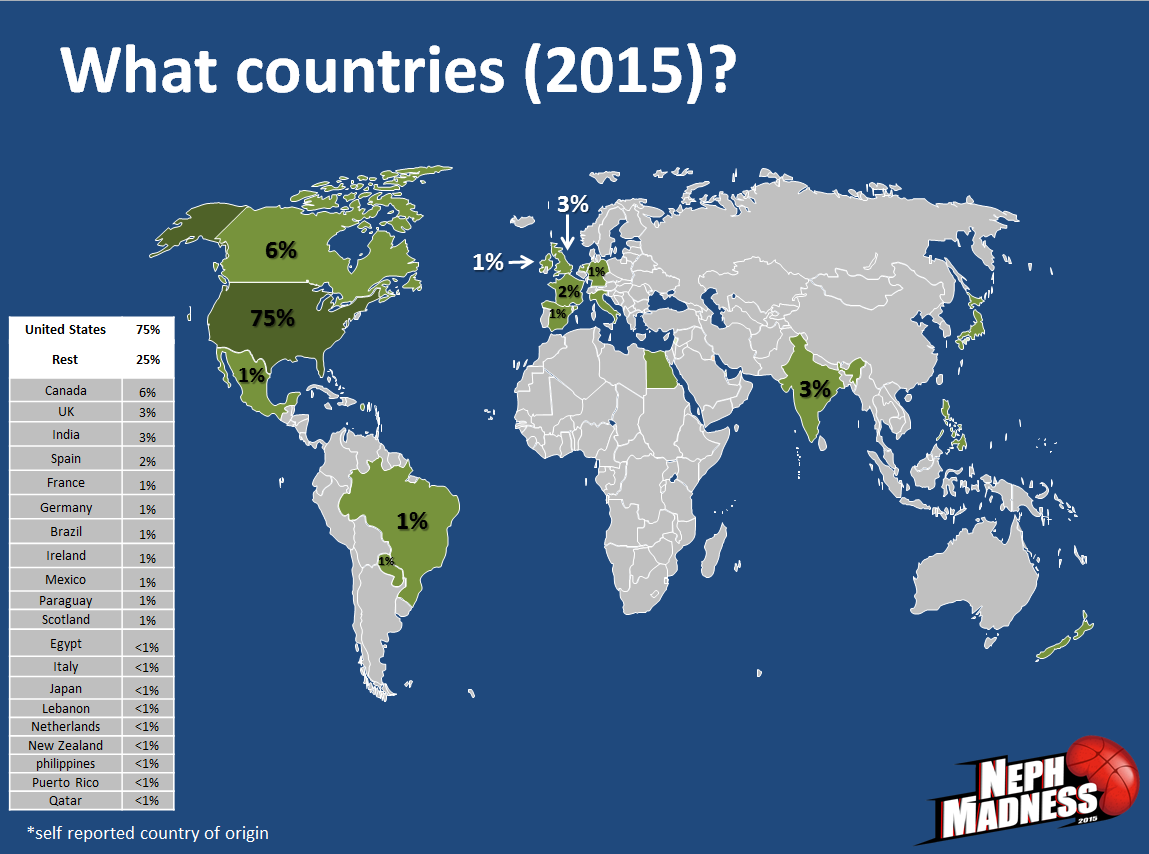