The Canadian Society of Nephrology’s Annual General Meeting, is taking place in Montreal, Canada, from April 23-25, 2015. The AJKD Blog will be providing some highlights from the conference. 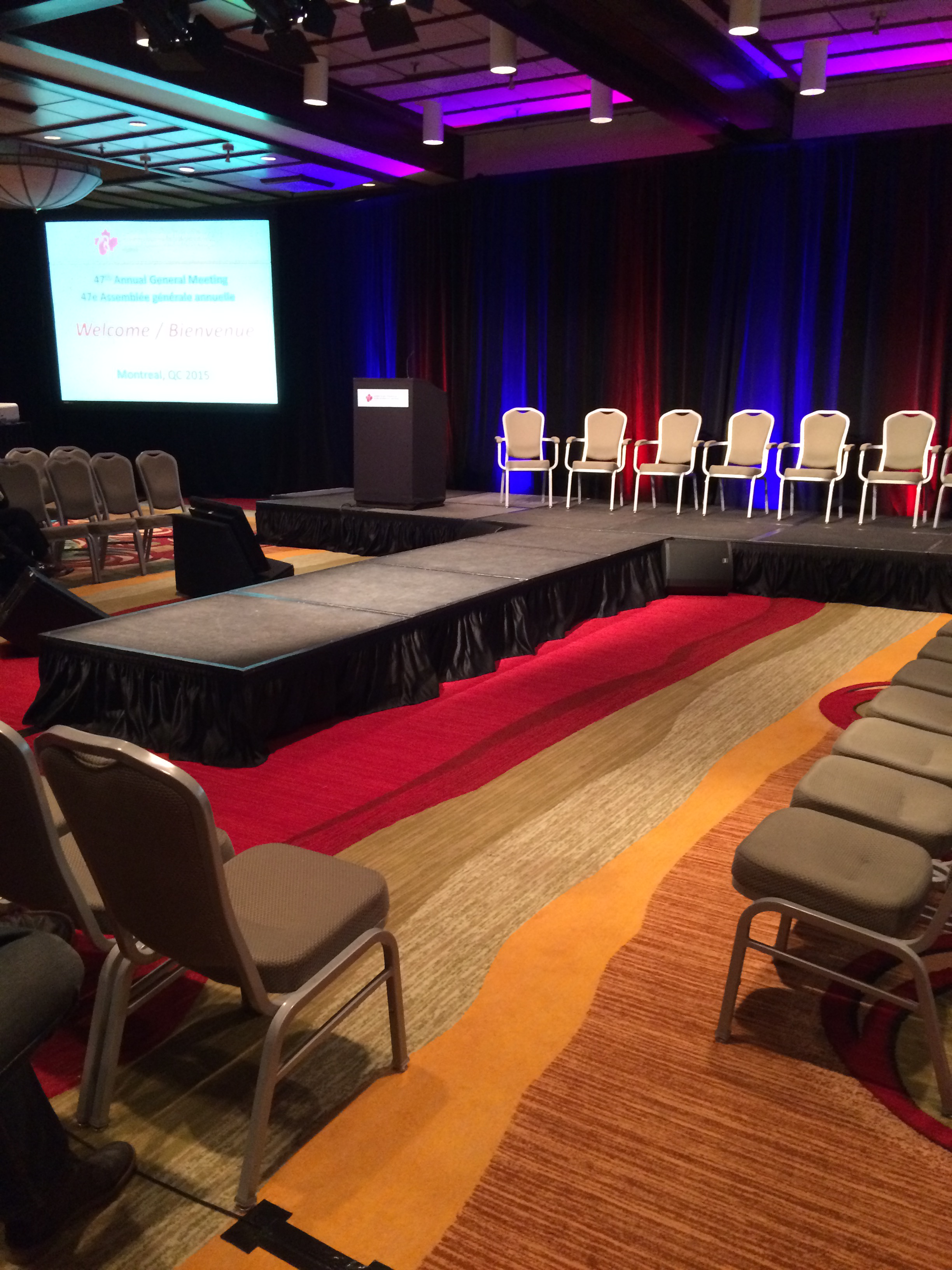 The Canadian Society of Nephrology started it’s 47th annual general meeting in Montreal with a spotlight on new investigators. This is a relatively new feature, much needed and highly  appreciated one, which casts the spotlight on young researchers. It thus makes the Canadian nephrology community aware of these fresh and emerging talent, and also provides a great avenue to showcase their work and ideas. An added aspect of the way this presentation is formulated, is with a real catwalk, TED style, so that speaker has to walk and talk at the same time, letting the audience come up quite close, and increasing the interactive nature of the entire show. The lineup today was stellar, with Nav Tangri from Winnipeg (and an AJKD Blog Contributor), followed by Darren Yuen from Toronto, Dylan Burger from Ottawa, and Heloise Cardinal from Montreal.

First up was Nav Tangri, speaking about the difficulty of applying data from randomized controlled trials (RCTs) to individual patients. Though RCTs (and meta-analysis based on them) are on the pinnacle of the evidence-based medicine pyramid hierarchy, they provide data about the population, and this may or may not apply to the individual patient. He pointed out there are always issues of heterogeneity and interaction that are not always captured by using the summary estimate. Given that he is the creator of the Kidney Failure Risk Equation, he favours using a risk score – and applying it to both the benefits and risks to the individual patient in front of you to guide decision making. He pointed out that one of the important changes that need to happen is for RCTs to report subgroup analyses based on baseline risk (eg, Framingham risk score for cardiovascular disease) rather than the standard ones based on gender or age alone.

Next up was Darren Yuen, who talked about his research on the role of fibrosis in progression of kidney disease. Fibrosis is a common physiologic phenomenon that follows any injury. In chronic kidney disease, fibrosis has been well established as a cause of progression – the fibrotic kidney is 5 – 100 times more stiff compared to healthy kidneys. However, none of the existing therapeutic strategies target fibrosis (or have failed). His research tackles fibrosis as a physico-mechanical phenomenon rather than chemical. A promising target is the YAP/TAZ pathway, and his team has shown that verteporfin, a YAP/TAZ inhibitor. This molecule tricks the kidney cells in making it less responsive to TGF-beta. Though it was worked in cellular models, it is photo-activated (and hence used in macular degeneration) so is not suitable for use for kidney disease. Other YAP/TAZ inhibitors are being developed and will need to be tested.

The last of the young investigators was Heloise Cardinal from Montreal. Her presentation today focused on the role of auto-immunity in causing further damage in kidney transplant recipients. Specifically, she has studied anti-LG3 (or anti-perlecan antibodies). Her team has reported that acute rejection is associated with exposure of neo-epitopes and formation of autoantibodies, that can further accelerate kidney damage. She is also researching whether pre-transplant levels of these antibodies are associated with delayed graft function. Another interesting tidbit in the Q&A session following her presentation was that even healthy humans have >300 auto-antibodies, which may perhaps be fulfilling a physiologic role.

Overall, this was an excellent opportunity to showcase some of the fascinating research that is being done across Canada. A curated version from twitter of these sessions is available here.