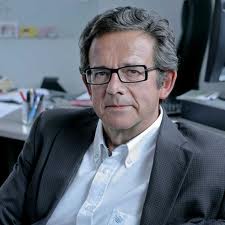 Pr Eric Rondeau. Professor at University Paris 6 Pierre et Marie Curie. Head of the Intensive Care Nephrology and Renal Transplantation department, Tenon Hospital, Paris, France. He is a member of the National reference Center for rare diseases: TMA. National coordinator of the TMA registry. Member of the ISN Council, chair of the Western European Board. The main contributions in the field of TMA have been: STEC HUS reviews and editorial; TTP in adults: diagnostic markers, effect of rituximab, ADAMTS-13 deficiency in pregnant women; adult HUS and renal prognosis; risk of recurrence of aHUS after renal transplantation; identification of the first patients with CFI mutations and aHUS; analysis of the French cohort of aHUS and genetic abnormalities; recurrence of aHUS after renal transplantation according to genetic abnormalities.

Atypical hemolytic uremic syndrome (aHUS) is a rare disease, whose incidence is estimated to be around 0.5 case/million/year in its primary form. It belongs to the group of thrombotic microangiopathies (TMA), which are characterized by the combination of mechanic hemolytic anemia, with schistocystes, thrombocytopenia, and organ dysfunction, especially of the kidney and the brain.

aHUS, first described in the 50s, has been suspected as a complement mediated disease in the 70s when low C3 levels were measured in some patients, and then in family members who had also aHUS or who were asymptomatic. Since this time, many studies have been performed on sporadic cases and in selected families suffering from aHUS, showing that these patients had an abnormally active alternate pathway of complement activation, leading to the generation of the membrane attack complex C5b9 at the cell surface and cell death. During the last 15 years, mutations in several regulatory genes of this pathway have been identified:

As a whole, to date, 60 to 70% of patients with aHUS have an identified mutation. For the remaining patients, further studies are required to identify the molecular mechanism at play.

aHUS is thus a genetic disease with a low penetrance. Familial forms account for 10 to 20% of the cases. Modifying genes, yet to be determined, may explain this low penetrance. Triggering factors are known:

In pregnancy, HUS usually appears after delivery, but may be sometimes difficult to distinguish from HELLP syndrome. In HELLP syndrome, the TMA process seems mainly localized to the liver microcirculation, and is not related to alternate pathway activation.

aHUS is not a disease limited to children, and adult cases are well described, even after 80 years. The clinical presentation is not specific, and may include acute diarrhea which suggests STEC-HUS, or CNS signs which suggest TTP. Cardiac involvement may also occur.

The prognosis of aHUS was poor, with a 50% dialysis-free kidney survival at 5 years in children and and a 20% dialysis-free kidney survival in adults, when antihypertensive drugs, dialysis, and plasma exchanges were the only treatments. More recently, the use of eculizumab, a monoclonal humanized anti-C5 antibody, has changed dramatically the prognosis of the disease. In more than 95% of the cases, this treatment induces a rapid increase in platelet count, a cessation of hemolysis, and a progressive recovery of renal function. The question that remains is how long must this treatment be administered since it is very expansive, and since it induces a significant risk of meningococcal infection. Systematic vaccination and prophylactic antibiotics are absolutely required, but are not completely effective. Different trials are ongoing to try to answer these questions.