See the final standings! | For more on NephMadness 2016 | #NephMadness or #PallCareRegion on Twitter

Comments: Wow, I kinda expected normalization of Hgb to get dropped because it lacks sex appeal (even though I still think the story is really amazing and is basically a tale of two cities: industry and medicine) but I never expected Conservative care to go this far, kudos to the Blue ribbon panel! Atypical HUS is very sexy, cool pathway, cool drug, costs more than a car, but might save a life. But it is a relatively rare condition. Conservative care on the other hand is free, and could significantly impact ones QOL and is not a rare potential condition. I’m going liberal here and voting for Conservative Care.

The reason atypical HUS goes the distance is because it is the epitome of molecular medicine: the elucidation of a responsible mechanism of action is complemented by a specific means of interfering with complement activation. Other disorders of complement activity will follow. Conservative care (instead of dialysis) is noteworthy and laudatory. However it is not something new; it’s something old that should NOT appear new. It’s a choice that was once very common when dialysis was a scarce resource. It’s reappearance today is well overdue. That is why treatment of atypical HUS is truly novel and should be the winner of #Nephmadness.

Dr. Kurella Tamura is Associate Professor of Medicine at Stanford University and a researcher at the VA Palo Alto Geriatric Research and Education Clinical Center.  When she’s not on the wards or reading the AJKD Blog, she’s rooting for her favorite basketball team, the Golden State Warriors. Dr. Tamura was also on the team that won NephMadness 2015. 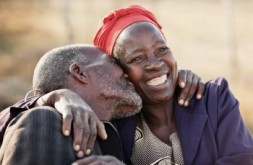 Once Conservative Care crushed BP for Kidney Protection to reach the Filtered Four, this sleeper team didn’t look back, trouncing Normalization of Hemoglobin and then, the Diaper Dandies, Atypical HUS in the finals to claim the NephMadness title. Surprised? You shouldn’t be. While many of you were crying in your beer about BP for Heart Protection’s loss in the first round (can you say Michigan State anyone?), Conservative Care was methodically honing its skills and wearing down opponents with its unrelenting defense, earning their respect in the process.

In all seriousness though, I think the recognition of conservative care for end-stage renal disease (ESRD) as a notable recent advance in nephrology reflects a major shift in our thinking about the role of dialysis for patients who develop ESRD in the setting of other serious illnesses. Between 1996 and 2013, the incidence of dialysis treatment for ESRD increased by 40% among adults age 75 and older, and by an eye-popping 75% among adults age 85 and older (Saran et al). Underlying this growth was the fundamental assumption that dialysis prolongs survival for all patients with ESRD.  An important corollary of this assumption was that the survival benefit provided by dialysis was sufficiently large to outweigh concerns about its effects on quality of life or independence.  Viewed under these assumptions, forgoing or withholding dialysis treatment could be considered an irrational decision on the part of patients, and rationing of health care on the part of providers.

A shift in our approach to dialysis has occurred in recent years as we began to reconcile the traditional role of dialysis as a life-sustaining treatment with its contemporary role as an end-of-life treatment.  Almost one-fourth of all new dialysis patients are over the age of 75 and for the vast majority of these patients, dialysis is a final destination rather than a bridge to transplant.  Median life expectancy is around two years for patients who start dialysis over the age of 75, and a disproportionate share of these deaths occur in the first 90 days of dialysis therapy (Saran et al).   Moreover, one third of deaths among patients over the age of 75 are preceded by discontinuation of dialysis which is often attributable to a combination of declining health and poor quality of life.  Thus, it is logical to question the assumption that dialysis extends life and provides an acceptable quality of life for patients who develop ESRD in the context of other serious illnesses.

A clinical trial of dialysis versus conservative care would be considered unethical, so estimates of the survival benefit of dialysis in older patients come from observational studies which are affected by selection bias.  Even so, the available data suggest that dialysis does not prolong survival in the oldest, most debilitated patients. For example, in a study of 441 patients over the age of 70 with advanced CKD, dialysis was associated with an unadjusted median survival benefit of 2.4 years.  Among patients over the age of 80 and among non-ambulatory patients there was no benefit of dialysis over conservative management.  Similar findings have been reported in other cohorts (Carson et al; Chandna et al).

We now have much more information about outcomes of dialysis beyond survival and the importance patients place on these outcomes.  Compared to patients who receive conservative care, patients who receive dialysis are more likely to be hospitalized, and more likely to die in the hospital (Hussain et al; Carson et al).  Older patients commonly experience functional decline around dialysis initiation and they infrequently regain independence.   In a discrete choice study, patients with CKD were willing to trade considerable life expectancy to reduce the burden of treatment and maintain independence; these findings are broadly consistent with the health priorities articulated by older patients with multimorbidity more generally.

Health economists describe decisions where there are reasonable treatment options involving trade-offs as preference sensitive decisions. Some patients are willing to accept the burden of dialysis and loss of independence in exchange for the possibility of extra months of life, but others are not.  In an ideal world, treatment variation would reflect the patient’s preferences and values.  That is why we should be concerned by data which suggest dialysis decisions are shaped by the healthcare environment, and perceptions that patients are nudged into accepting dialysis treatment.

Informed by these data, I think the nephrology community is moving away from a well-intentioned, but perhaps paternalistic, approach to dialysis decision making and towards shared decision making, an approach in which patient preferences are given more weight. While we have learned a lot about the potential role of conservative care for ESRD in recent years, there remains a lot that is still unknown. We need larger comparative effectiveness studies of conservative care versus dialysis in racially and geographically diverse populations. We also need clinical trials to define the best ways to treat the symptoms which accompany ESRD. Perhaps most importantly, we need to determine the best way to deliver effective conservative care in our own healthcare systems. For some healthcare systems that will mean referring to palliative care or establishing renal supportive care clinics in partnership with palliative care, and in other healthcare systems nephrologists will take the lead.

Twenty-five years after the Institute of Medicine suggested a need for guidelines to evaluate patients for whom the burdens of dialysis outweigh the benefits, the idea of conservative care for ESRD is finally gaining traction, and nephrology professional organizations are responding (Moss; Williams et al; Davison et al).  It still remains to be seen whether the shift in attitudes toward conservative care will change practice.

See the final standings! | For more on NephMadness 2016 | #NephMadness on Twitter