The Canadian Society of Nephrology 48th Annual General Meeting is taking place in Halifax, Canada from May 12-14, 2016. The AJKD Blog will be providing some highlights from the conference. For more details about the conference, visit https://www.csnscn.ca/agm/

Like last year, the Canadian Society of Nephrology started its 48th annual general meeting with a spotlight on new investigators. This is now a regular feature, which puts young researchers in the centre stage.

It thus makes the Canadian nephrology community aware of these energetic and smart talents, and also provides these individuals with a great avenue to showcase their work and ideas. An added aspect of the way this presentation is formulated is with a real catwalk, “TED-talk style,” so that the speaker has to walk and talk at the same time. This allows the audience be quite close to the speaker and increases the interactive nature of the entire show. The investigators were all introduced by a mentor from their parent institution and often revealed a human side (eg, a kickboxing passion!). 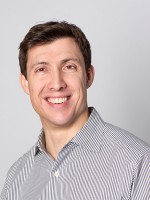 Dr Sean Barbour (the kickboxer!) from the University of British Columbia (Vancouver) was up first and talked about some of the amazing work in glomerulonephritis–in particular, on immunoglobulin A (IgA) nephropathy–that he has done. As he showed, IgA nephropathy is an extremely heterogenous entity, with some patients having a relatively benign course and others progressing to end-stage renal disease. This makes the planning and conduct of randomized controlled trials (RCTs) quite challenging, as one should ideally test interventions only in those patients at high risk of progression (see a recent #NephJC on STOP-IgAN, where a lot of the discussion was precisely on patient selection). Proteinuria in general is an important risk factor for progression, and a study by Reich et al from Toronto reported that time-averaged proteinuria could be a better predictor than a baseline level alone for prediction. Dr Barbour and colleagues went one step further. With a larger sample size (about 1,300 patients), they compared time-averaged with time-varying (instantaneous value at each time point) proteinuria and showed that the latter was superior in predicting clinical outcomes. Additionally, in contrast to Bartosik et al, who found that 2-year prospective data is necessary to make accurate predictions about future events, Barbour reported that combining the MEST score with clinical data is sufficient. In his work, Dr. Barbour has put together many different international datasets to create a “global” IgA nephropathy registry with over 5,000 patients. His aim is to develop and validate a prediction model using easily available clinical data (ie, no fancy biomarkers!) that would predict clinical outcomes in a heterogenous population. 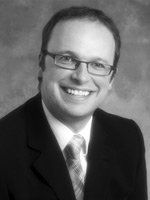 Next up was Matthew Weir, from London, Ontario, who is interested in pharmacoepidemiology (and also drives a Tesla!). Matt started off with a case of atenolol overdose, which he saw as a resident. He was consulted to consider whether dialysis would remove atenolol and was struck by the paucity of data. He ended up needing to Google it, and found few useful resources. A few years went by, with him finishing nephrology training, and he revisited this question, using existing data about which beta-blockers are dialyzable and looking at outcomes. In a recent JASN study, he reported a difference in survival between patients who received presumed non-dialyzable beta-blockers (carvedilol and bisoprolol) compared to  those who received dialyzable drugs (metoprolol, atenolol). As usual with such studies, Dr. Weir and his team tested this association in non-dialysis patients (no association seen). However, he went on to review this presumption of dialyzability. As eluded to earlier, all the data about drugs and dialysis dates from before 1970. The dialysis machines, procedures, and most importantly, filter and membranes, were quite different; therefore, he decided to see if some of this data could be replicated. Collaborating with a pharmacologist, he has gone on to measure drug clearance (apart from complex calculations, it requires collecting barrels of spent dialysate). The headline result? Bisoprolol is indeed dialysed with modern hemodialysis; carvedilol is not. Dr. Weir wants to go on to study the clearance of other drugs and look beyond pharmacokinetics to pharmacodynamics. 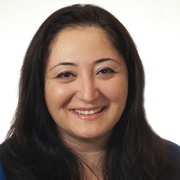 The third young investigator was Ruth Sapir-Pichhadze, from Montreal, who did her training and earlier research in Toronto. Her talk focused on using P4 rather than protocol-based care for kidney transplant patients. What is P4 medicine?  Described by Lee Hood, it includes the 4 Ps: predict, prevent, personalize, and participate. Dr. Sapir-Pichhadze also showed two case vignettes: a young transplant recipient who had received a standard criteria donor organ and an elderly transplant recipient who had received an extended criteria donor organ. Protocolized care may not differentiate between the immunosuppression monitoring in these two patients with potentially disastrous results. She showed some of the data on HLA-epitope matching and its importance in transplant outcomes. (For more on HLA epitope matching, check out the #NephMadness coverage of the topic here.) Her research has suggested the significance of HLA DQ/DR eplet mismatching as being an important aspect. As with any new technique, there are many possible pitfalls before this is ready for routine clinical care. She then moved on to non-adherence, and the synergistic impact of non-adherence and epitope mismatch on transplant outcomes. One cannot tackle non-adherence without patient participation, and she showed a possible framework that could be used to think and plan for patient reported outcomes and experience measures.

Last up was Mike Walsh, from McMaster University (who also tweets as @lastwalsh). He made the case for doing large, randomized trials in nephrology. He started off showing a quote from Zig Ziglar: “You will get all you want in life, if you help enough people get what they want.” He showed that in the cardiovascular field, there has been a marked decline in deaths  (~33% over the last 25 years). On the other hand, chronic kidney disease has increased from the 13th to 8th position as a cause of death. Some of the blame, in Dr. Walsh’s opinion, rests on the low number of randomized trials in nephrology. But even among RCTs, the sample size is an important aspect, and as shown by John Ioannidis, results from smaller trials are more likely to be subsequently overturned by larger trials. Dr. Walsh and colleagues developed the ‘Fragility Index’, which factors in the number of events that would need to be flipped to change a significant result into a nonsignificant one, and they found that this number was quite small for many trials. Interestingly, he pointed out that it has been over 30 years since the case for large RCTs was first made by Salim Yusuf and Richard Peto. The importance of sample size is shown yet again, from a simulation study from Thorlund et al, which showed that one needed events in excess of 800 to reduce the risk of overestimating effect size.

Overall, this was an excellent opportunity to showcase some of the fascinating research that is being done across Canada. A curated version of these sessions from Twitter is available here.