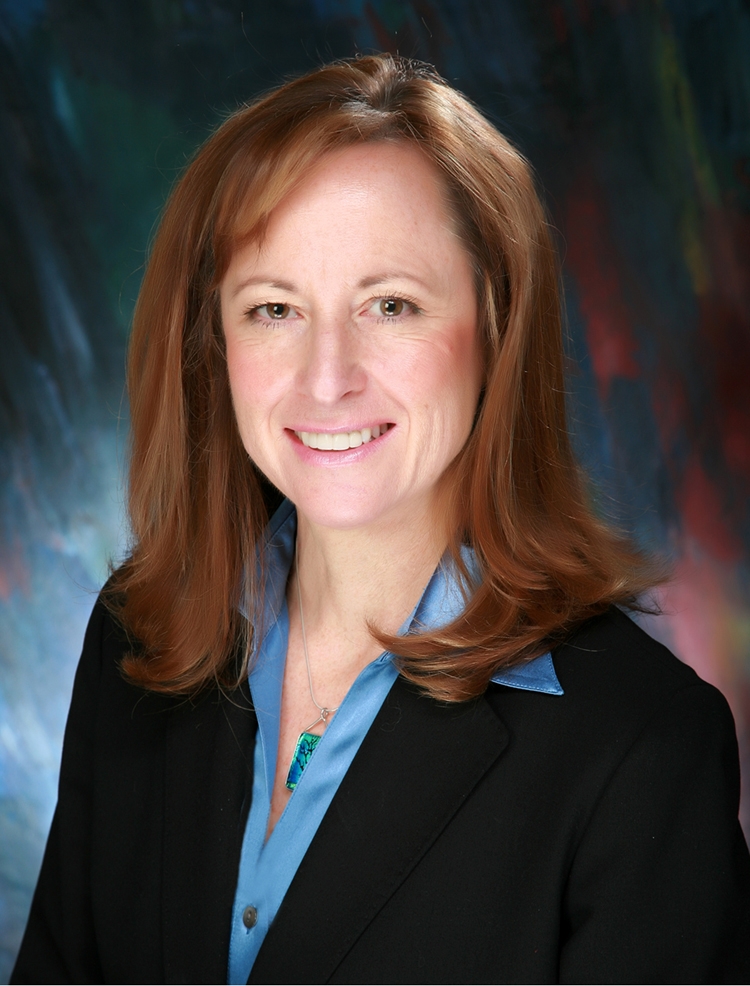 Dr. Tuttle, MD, is Executive Director for Research at Providence Health Care in Spokane, Washington. She is Co-Principal Investigator of the Institute of Translational Health Sciences, established Investigator at the Kidney Research Institute, and Professor of Medicine at the University of Washington. Her research interests include diabetic kidney disease, hypertension, and chronic kidney disease.

The paragraph below is from the end of the scouting report for Diabetic Nephropathy, more currently known as Diabetic Kidney Disease (DKD – more about that another time), in the GLP-1 receptor agonist versus SGLT-2 inhibitor match-up.

“While these agents have now been studied for over a decade demonstrating tremendous promise, they still have not crossed the goal line by showing a decrease in meaningful diabetic endpoints. GLP-1 receptor agonists are akin to Gonzaga, which has appeared in 19 tournaments and has been seeded 1, 2 or 3 five different times but has only made the Elite Eight once. With the team currently undefeated and ranked number one, could this be Gonzaga’s year?”

How ironic it is that I pen this blog as Gonzaga (my hometown team) defeats Northwestern (my alma mater) in a Round 2 nail-biter during NCAA’s March Madness. Gonzaga is now en route to the Sweet 16. I am a huge Zags fan and also of the GLP-1 receptor agonist class in DKD, and I believe that both will make it to final round of the dance this time.

Let’s start with a centering moment: Diabetes is a worldwide pandemic. Despite available knowledge about diabetes prevention, diabetes prevalence has not declined in any region of the world. An estimated 424 million people were living with diabetes in 2014. Type 2 diabetes represents about 95% of all cases. Among diabetic complications, DKD is one of the most serious and common, occurring in approximately 30% of people with type 1 diabetes and >40% of those with type 2 diabetes. DKD is now the most frequent cause of chronic kidney disease (CKD) and end-stage renal disease (ESRD) in the United States and throughout the world.

Incidence rates of ESRD attributed to diabetes are stable to decreasing: 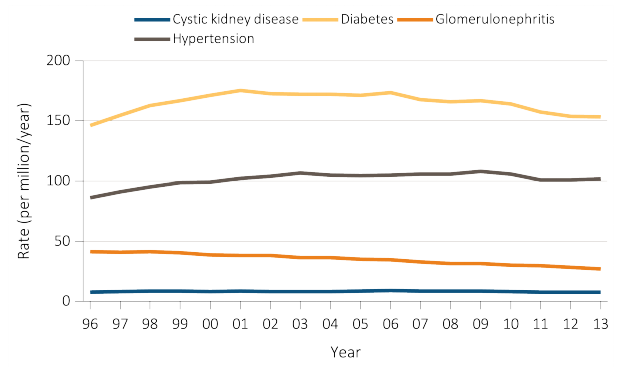 Prevalence rates of ESRD attributed to diabetes are increasing: 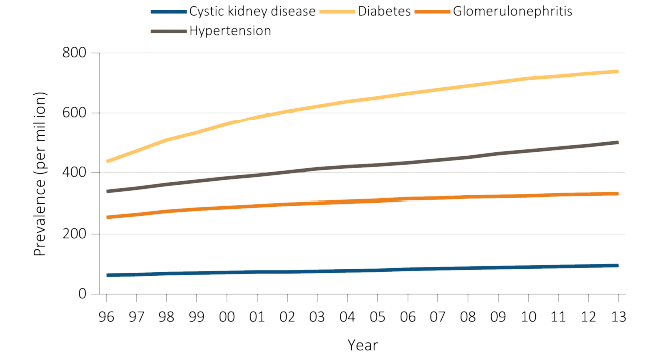 Moreover, DKD is responsible for almost all of the excess cardiovascular disease (CVD) risk associated with diabetes. In fact, 90% of people with DKD die (primarily of CVD) without reaching ESRD. Nevertheless, ESRD attributable to diabetes continues to grow at an alarming rate because of the burgeoning number of people living with diabetes. Therefore, there is enormous unmet need to prevent DKD onset and progression and to improve diabetes care in the CKD population. Intensive treatment of hyperglycemia to target HbA1c <7% has been shown to prevent DKD onset. However, once DKD is established and accompanied by reduced kidney function, higher targets for HbA1c (>7%) are recommended due to elevated risk of hypoglycemia. Many of the non-insulin treatments for hyperglycemia are contraindicated in diabetic patients when estimated glomerular filtration rate (eGFR) is

The GLP-1 receptor agonists are a newer class of injectable agents for the treatment of diabetes. This class of agents, also known as incretin mimetics, works by stimulating pancreatic insulin secretion and inhibiting glucagon release, delaying gastric emptying, and reducing appetite and increasing satiety. GLP-1 receptor agonists are effective glucose-lowering agents, but do not cause hypoglycemia per se. In patients with CKD, these agents can be used without dose adjustment down to eGFR of 30 mL/min/1.73m2. Experience with these agents is limited for eGFR

Three agents within the GLP-1 receptor agonist class of medications currently have CVD outcome trial data available: lixisenatide, liraglutide, and semaglutide. The ELIXA trial showed that the addition of lixisenatide to usual care did not significantly alter the rate of major CVD events. In contrast, in the LEADER and SUSTAIN-6 trials, fewer participants experienced the primary composite CVD outcome in the liraglutide and semaglutide groups compared to those receiving placebo (HR: 0.87; 95% CI: 0.78-0.97; P=01 for superiority and HR: 0.74; 95% CI: 0.58-0.95; P=02 for superiority, respectively). Overall, CVD safety holds-up for GLP-1 receptor agonists, and these agents may even provide protection. Notably, LEADER and SUSTAIN-6 subgroups with moderate-to-severe CKD experienced similar benefits on CVD outcomes as the whole study population.

Studies in patients with DKD have shown that liraglutide lowered albuminuria levels in those with early-stage CKD. Liraglutide treatment also did not adversely affect eGFR and improved glycemic control in patients with type 2 diabetes and CKD stage 3. Recently released data from LEADER as well as from clinical trials of semaglutide and dulaglutide consistently show reduced risk of albuminuria onset and progression. The consistency of these data across GLP-1 receptor agonists persuasively suggest a class-effect toward DKD protection. The mechanisms of action may be multifactorial from lower levels of glycemia and body weight to direct effects on the kidney. GLP-1 receptors are located in the glomerulus (endothelial cells, mesangial cells, and macrophages) and on proximal tubular cells. Activation of these receptors inhibits protein kinase C-beta, a key signal for oxidative stress, inflammation, apoptosis, and fibrosis in DKD (see Fig 3 from Fujita et al, KI, 2014). At the proximal tubular level, GLP-1 receptor agonists are natriuretic, and may thereby, reduce extra-cellular fluid volume and blood pressure. These agents also lower blood body weight along with blood glucose. Thus, there is biological rationale for both direct and indirect effects that may prevent or treat DKD.

Additional studies in-progress utilizing GLP-1 RA in the setting of DKD include the ELIXIRS and AWARD-7 studies. ELIXIRS will explore the effects of lixisenatide treatment on measured GFR, renal plasma flow, and inflammatory biomarkers in participants with type 2 diabetes. This year, AWARD-7 will report findings related to the efficacy and safety of dulaglutide for glycemic management as well as for DKD progression measured by both albuminuria and eGFR in patients with type 2 diabetes and CKD stages 3-4. Importantly, AWARD-7 also has a nested validation study of HbA1c that will inform modification and use of this glycemic biomarker in patients with low eGFR.

In the meantime, the SGLT-2 inhibitor class of oral anti-hyperglycemic agents has certainly showed tremendous promise. The EMPA-REG clinical trial recently demonstrated that empaglifozin significantly lowered rates of death from CVD causes (4% versus 6%; 38% relative risk reduction), hospitalization for heart failure (3% versus 4 %; 35% relative risk reduction), and death from any cause (6% versus 8 %; 32% relative risk reduction) in patients with type 2 diabetes and CVD already receiving standard-of-care for treatment of blood pressure and lipids. Post-hoc analyses of the same trial showed beneficial effects on the kidney including reduction of albuminuria, slowing of eGFR decline and a 50% reduction in risk of progressing to ESRD.

SGLT-2 are over-expressed in hyperglycemic conditions, and paradoxically, increase proximal tubular maximum capacity for glucose reabsorption. By blocking SGLT-2, this class of medication reduces glucose and sodium reabsorption, which is thought to result in decreased glomerular hyperfiltration and lessening of glomerular hypertension by reducing tubuloglomerular feedback (see Fig 1 from Tuttle KR, Diabetes, 2017). At present, clinically available SGLT-2 inhibitors in the US are canaglifozin, dapaglifozin, and empaglifozin. Several additional agents are in clinical development and/or available commercially outside of the US.

Placebo–controlled studies have demonstrated adjusted mean treatment differences in HbA1c of approximately -0.5% to 0.7% with SGLT-2 inhibitor use. Among the patients with DKD, this effect on HbA1C was attenuated and dropped to approximately -0.40 % in patients with eGFR 30-60 ml/min/1.73 m2 in studies involving canaglifozin and empaglifozin, respectively. The blood pressure-lowering effect of SGLT2 inhibition appears to be a class effect and has been reported for empaglifozin, dapaglifozin, and canaglifozin. Likewise, clinical trial data is available for each of the currently available SGLT-2 inhibitors showing a reduction in albuminuria with treatment. The CREDENCE trial is underway to assess whether treatment with canagliflozin can reduce DKD progression.

In conclusion, the GLP-1 receptor agonist and SGLT-2 inhibitor classes of medications are welcome additions to the armamentarium for treatment of hyperglycemia. Both classes have mechanisms that counter many pathways underpinning DKD. Remember, we have not had a new drug approved for DKD since the angiotensin receptor blocker class in 2001. This has been a sobering and vexing concern.

Many scientific advances have focused on hypothetically more “kidney–specific” targets without a clinical deliverable yet. What a pleasant surprise that these anti-hyperglycemic classes have emerged as the next big bets! I believe that both will make it to the “Filtered Four” for DKD. However, I have a strong hunch that GLP-1 receptor agonists, and Gonzaga, will dance triumphant in the final round of Nephro- and March-Madness this year! Stay tuned…