A 54-year-old male kidney transplant recipient underwent a protocol biopsy 3 months after transplantation. His graft function was stable and he had no proteinuria. ­The biopsy revealed no evidence of T-cell or antibody mediated injury. However, one glomerulus revealed a segmental scar (Figure 1); moderate arteriolar hyalinosis was also observed. 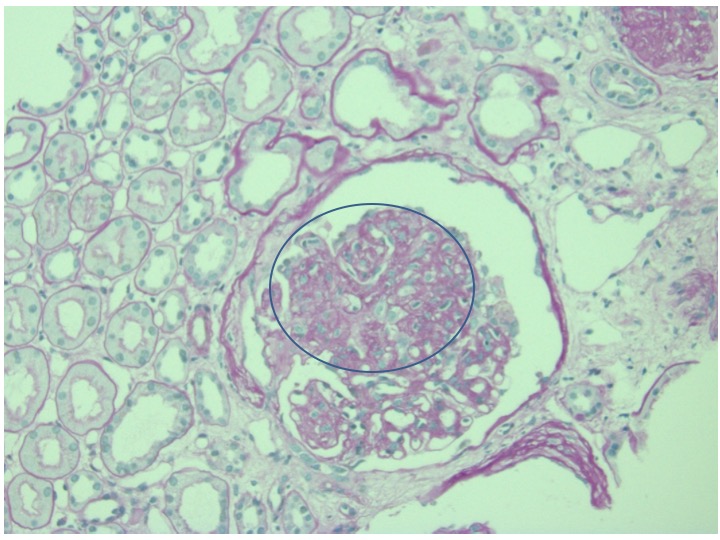 Figure 1: This biopsy shows focal segmental glomerulosclerosis, a lesion defined as focal obliteration of glomerular capillary loops. When the lesion is seen in early post-transplantation biopsies, recurrence of the original disease is an important consideration in the differential diagnosis. In late biopsies, however, it is often a compensatory response to interstitial fibrosis and tubular atrophy due to immune or non-immune injury.

The patient’s end-stage renal disease (ESRD) was not due to f­ocal segmental glomerulosclerosis (FSGS), but rather was due to granulomatous polyangiitis. With this additional information, the biopsy was re-examined and revealed a fib­­rocellular crescent (Figure 2). 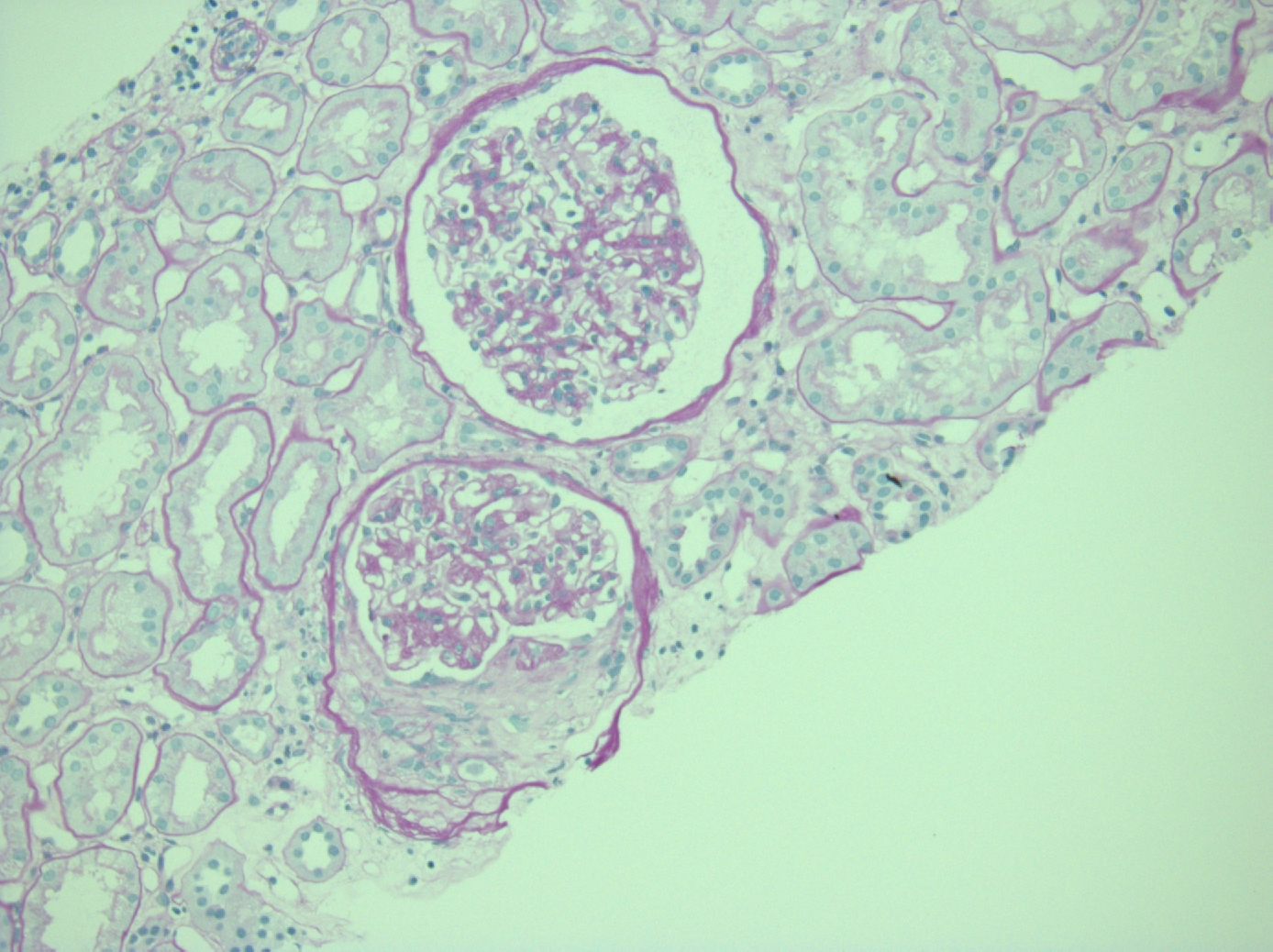 This case illustrates the clinical utility of protocol biopsy to reveal unexpected pathology at a stage when it may not be clinically manifest. This patient had stable graft function and no proteinuria, yet a fibrocellular crescent was seen and may warrant intervention in this setting for recurrent polyangiitis.

In a published pooled analysis, recurrence of ANCA-associated vasculitis such as granulomatous polyangiitis occurred in 17.3% of patients. Recurrence consists of renal-limited disease in 60% of cases, and appears to be independent of the presence of ANCA antibodies at the time of transplantation. Graft function recovers in most patients after intensified immunosuppression. The overall graft survival in these patients with recurrent vasculitis was 78% at 3 years and 65% at 10 years.