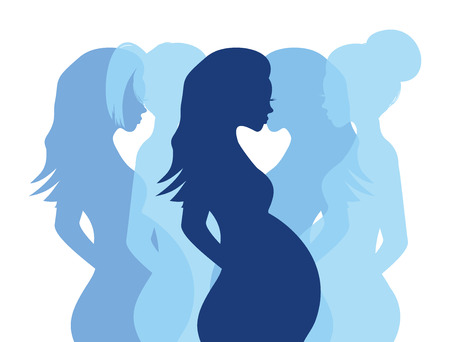 Gestational diabetes mellitus (GDM) is defined as the onset of impaired glucose tolerance during pregnancy. Its prevalence has been steadily climbing, fueled in large part by the obesity epidemic. Pregnancy-related adverse outcomes of GDM include increased risks of preeclampsia, large-for-gestational-age infants, polyhydramnios, stillbirth, and neonatal morbidity such as hypoglycemia, hypocalcemia, polycythemia, and macrosomia. In the long term, GDM increases the risk of recurrence with a second pregnancy, development of type 2 DM, development of type 1 DM, and development of cardiovascular disease (CVD), including development of CVD at a younger age.

It is not an unreasonable hypothesis that a systemic disease like GDM, known to increase a woman’s risk of CVD long-term, may also have other long-term systemic effects, such as the development of kidney disease, especially considering that preeclampsia, another systemic disease that only occurs during pregnancy, has been shown to increase a woman’s risk of both kidney disease and CVD. To date, GDM’s effect on the kidneys is unclear. There have been past studies showing an association between GDM and development of albuminuria as well as studies that have not found this association.

In a recent article published in AJKD, Dehmer et al analyzed a subset of the Coronary Artery Risk Development in Young Adults (CARDIA) Study participants. CARDIA is a prospective cohort study that enrolled 5,116 black and white male and female subjects aged 18-30 in 1985 and 1986 from the four urban areas of Birmingham, AL, Chicago, IL, Minneapolis, MN, and Oakland, CA. Subjects had an initial screening exam and were then followed for 25 years with subsequent examinations at 2, 5, 7, 10, 15, 20, and 25 years.

Dehmer et al found a subset of 820 women who had never been pregnant at the start of the study but did go on to have at least one pregnancy that lasted at least to 20 weeks’ gestation duration during the course of CARDIA. These women did not have diabetes prior to pregnancy. They also had to have a baseline creatinine and could not be missing both urine ACR and serum creatinine at all of the 10-, 15-, 20-, and 25-year exams. GDM was self-reported but was validated by medical record abstraction.

A total of 101 women developed GDM and were compared to 719 women who did not develop GDM. Over a mean follow-up after pregnancy of 20.8 years, 16.8% of women with GDM developed CKD compared with 12.2% of women without GDM. This CKD risk was even higher among black women, with 31% with GDM developing CKD compared to 15.6% in non-GDM patients. However, this increase was not statistically significant. Women who developed GDM were more likely to have at their baseline year 0 exam a higher BMI, a larger waist circumference, a family history of DM, and a family history of CKD.

However, black women who had GDM were more likely to develop CKD; the hazard ratio was 1.96 (95% CI, 1.04-3.67). This was not seen in white women with GDM; the hazard ratio was 0.65 (95% CI, 0.23- 1.83). The increased risk in black women with GDM could not be explained by development of glucose intolerance, insulin resistance, DM, metabolic syndrome, or hypertension. 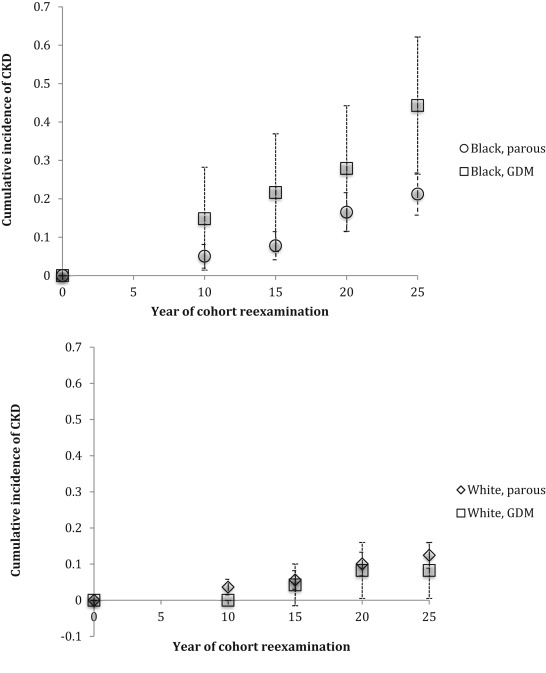 While this study is hypothesis-generating, it is interesting to note that that black women with GDM have a slightly higher risk of developing CKD. The major study limitations were lack of baseline assessment for albuminuria. Race is known to affect both the incidence and severity of diabetic nephropathy in DM, with blacks being more severely and commonly effected than whites. A race effect could also help to explain the heterogeneity of previous studies looking at the risk of development of CKD after a diagnosis of GDM.

This is certainly an area that deserves ongoing assessment with close observation of this potential race effect. If future evidence also suggests this association, implications could include recommendations for ongoing screening for development of CKD after an episode of GDM allowing for early detection and treatment in the women that develop CKD.