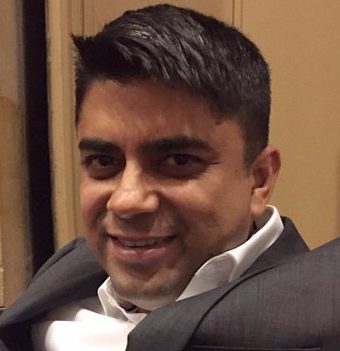 Dr. Jha is Associate Professor of Radiology at the Hospital of the University of Pennsylvania. He is an argumentative radiologist and an opinionated blogger. Follow him @RogueRad.

Gadolinium, a rare earth metal, is a natural warrior which absorbs neutrons in its toxic-free form but is emasculated by chelation. Gadolinium is weakly magnetic, i.e. paramagnetic, an attribute which makes chelated-gadolinium a nifty contrast agent for MRI. By hastening T1 recovery, gadolinium brightens tissues; vessels become more conspicuous, tumors enhance, and the ureter becomes identifiable.

The kidney excretes gadolinium and by doing so makes nephrologists clinically relevant to radiologists. Actually, it was iodinated contrast which brought radiologists and nephrologists close to one another because of the exaggerated fear that it could hurt the kidney. With gadolinium, the situation is reversed: it is the hurt kidney which can harm the rest of the body by allowing gadolinium to be deposited, the pathogenesis of the debilitating, progressive, incurable skin disease known as Nephrogenic Systemic Fibrosis (NSF). NSF develops almost exclusively in patients with renal failure, a condition which surprised radiologists who believed that gadolinium was safe in patients with renal failure.

When contrast is necessary in patients with renal failure, radiologists and patients face a tricky dilemma: contrast-induced nephropathy (CIN) or Nephrogenic Systemic Fibrosis (NSF)? Should we destroy the kidneys to save the skin? 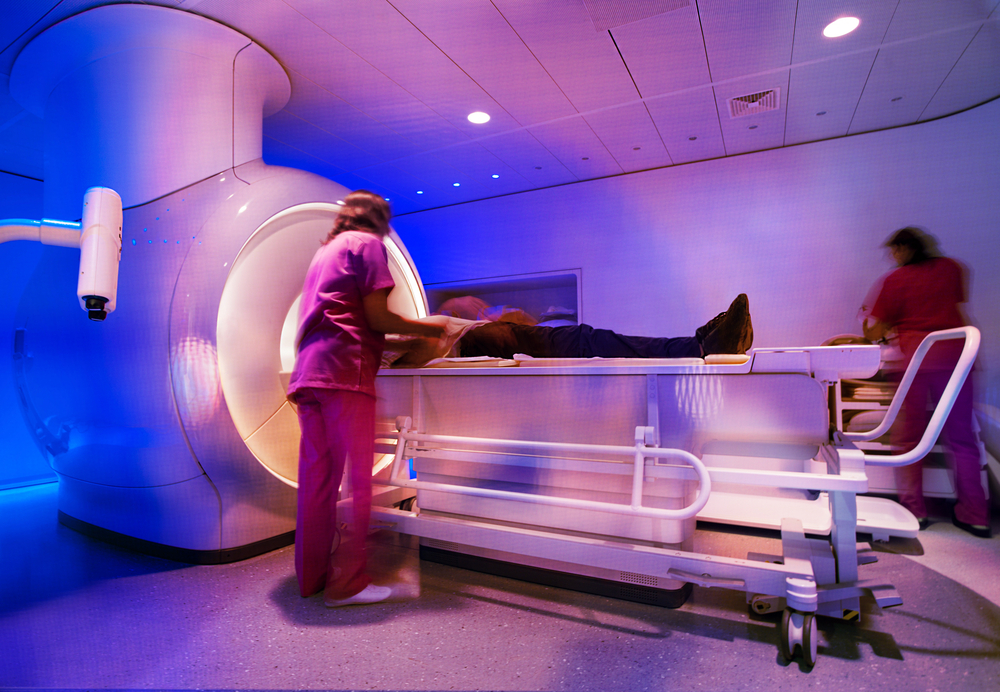 MRI vendors immediately sensed a business opportunity and began developing MRI techniques in which the blood could be made intensely bright without the need for gadolinium, that is, blood would be bright because of its inherent properties such as its composition or the fact that it flows. The concept wasn’t novel but the allegedly harmless gadolinium had stalled development of non-gadolinium magnetic resonance angiography, and the FDA, by putting a black box warning label on gadolinium, accelerated the development of techniques such as arterial spin labelling and 3-D Fast Spin Echo.

Omniscan (Gadodiamide), the most popular contrast agent, naturally took the bulk of the blame for NSF. It was believed that the problem wasn’t with chelated-gadolinium per se but rather the strength of the chelation, and if only gadolinium were better-regulated, it could be made safer. The theory is known as “transmetallation” – gadolinium becomes toxic when there is dechelation. The risk of dechelation increases the longer the gadolinium hangs around, such as in renal failure, and the weaker the bond is between gadolinium and the chelator. Put simply – stronger bonds last longer.

So which contrast agent is safe in renal failure? A typical radiologist answer would be “the possibility of NSF can’t entirely be excluded.” To be fair, this is a difficult question to answer. Most cases of NSF have, unsurprisingly, come from Omniscan and Optimark, unsurprising because these are non-ionic linear agents. However, these are also the agents which were used the most. Many cases of NSF have been reported with Magnevist, but not Multihance – both are ionic linear agents. NSF has also been reported with Gadavist and Prohance – non-ionic macrocyclic agents. No case of NSF has been reported with Dotarem, an ionic macrocyclic agent, but this may be because we just haven’t used this agent for long enough.

On incidence of NSF alone, Omniscan, Optimark, and Magnevist can be singled out in ESKD. No case of NSF developed in 3,819 patients with stage 4 and 5 chronic kidney disease who had Multihance (though this study was retracted by authors for protocol violation); it tells us that NSF, like its maligned cousin, CIN, may be over-feared, and we may end up throwing the baby with the bathwater.

Safety concerns about gadolinium became even more toxic when Chuck Norris and his wife sued vendors for gadolinium contrast agent, alleging that Norris’ wife’s intractable pain and mysterious multi-system symptoms were from the gadolinium she received in three MRI scans over a week for rheumatoid arthritis. Mixing Hollywood and medicine is good for neither doctors nor patients.

The fact that gadolinium can be deposited even when the kidney is working well, notably in the brain, is indisputable. The question is: What is the long-term significance of this deposition? Accurately attributing long-term outcomes to gadolinium will be difficult, in part because sicker patients tend to receive MRI, and, propensity scores notwithstanding, statisticians aren’t terribly good at adjusting for the degree of sickness. It takes only one willful anecdote to render gadolinium to the inferno. The less risk-averse Europeans are asking for even linear ionic agents to be removed from the market; sadly, Multihance will be thrown under the bus because of bad behavior from the rest of its tribe.

The more primal question, which is distracted by arguments over true quantitative risks of gadolinium, is whether contrast is truly necessary. The beauty of MRI is that you can make blood bright without shoving stuff into it. There’s no need to give gadolinium to detect aortic dissection or to measure aneurysms as non-gadolinium bright blood sequences suffice.

Though contrast is necessary for detecting tumors, often a benign entity can be deduced with reasonable certainty by exposing its water content. Radiologists who endeavor to be more patient-centered should consider that few things are more patient-centered than monitoring their acquisition live at the MRI scanner and determining, on the fly, whether they really need contrast.

1 Comment on #NephMadness 2018: Gadolinium – Are We Overregulating or Overprescribing?