Another year of NephMadness comes to a close! Did you miss our announcements of the champion and the winners? Watch this fantastic summary video by @KidneyCathy to review this year’s tourney:

We continue to see a consistent growth in NephMadness entries over the last 5 years: 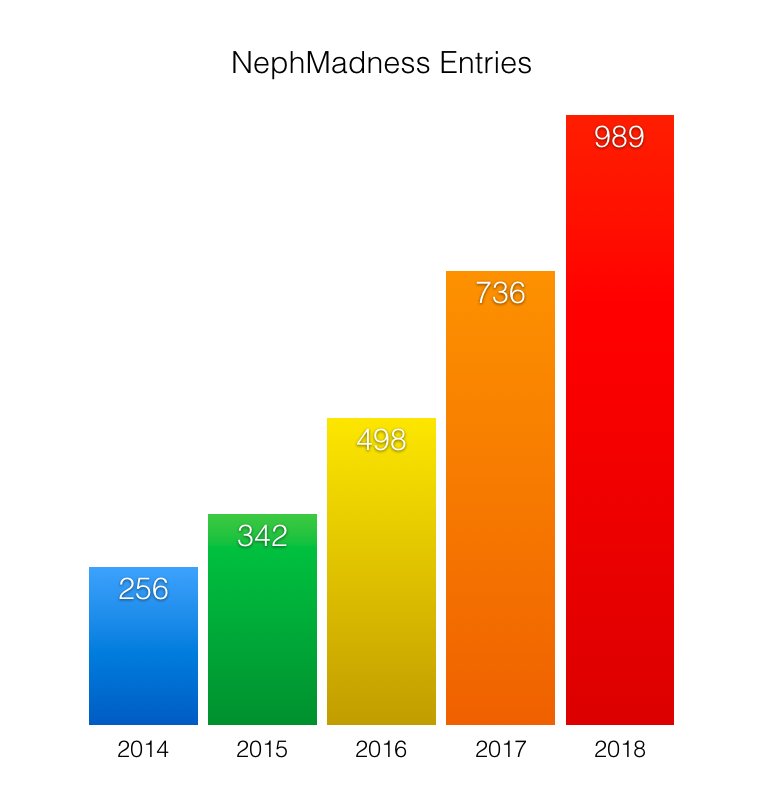 The growth in NephMadness entries was mirrored by increased social media activity: 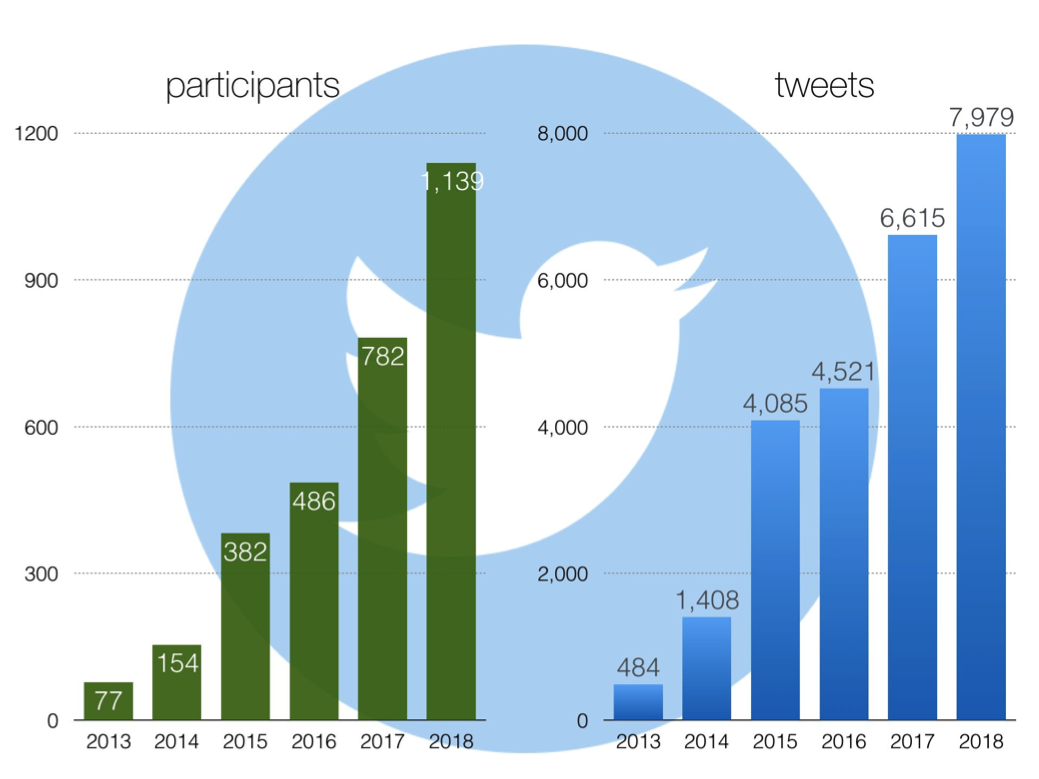 A major goal of NephMadness is to increase international participation. This year, non-US participants comprised 44% of total participation, with notable increases in Europe, India, and Mexico: 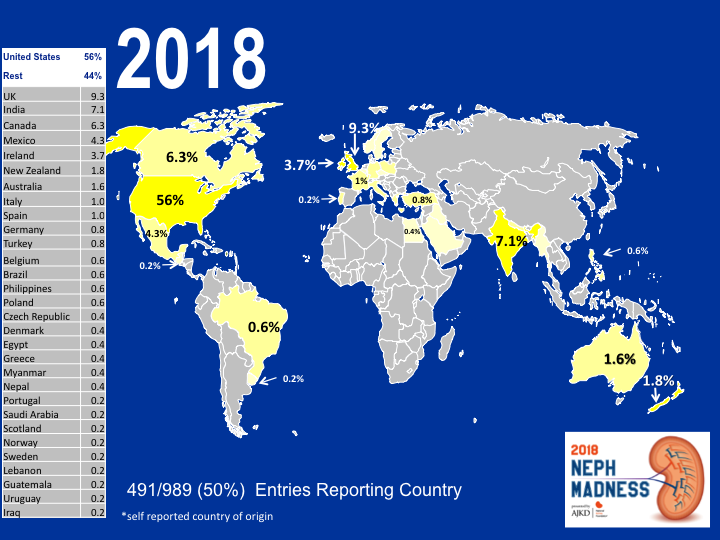 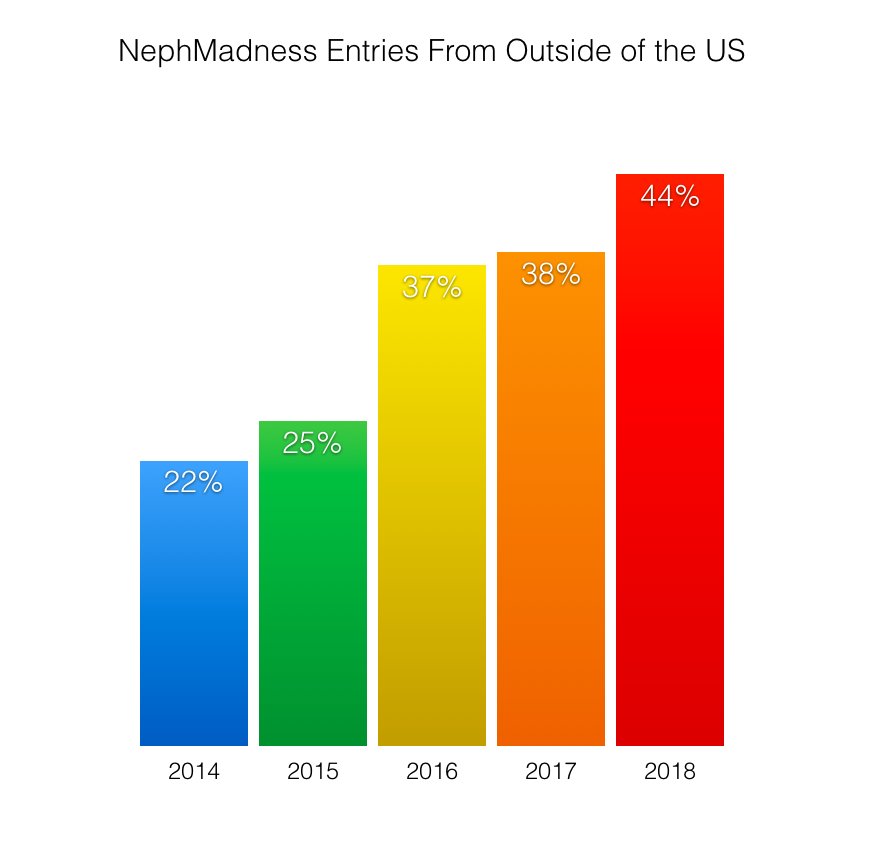 NephMadness is and has always been a big collaborative group project with an amazing network of supporters behind it. We want to take the time and space here to thank the people listed below for making all the fun and learning possible (apologies in advance if we unintentionally missed anyone): 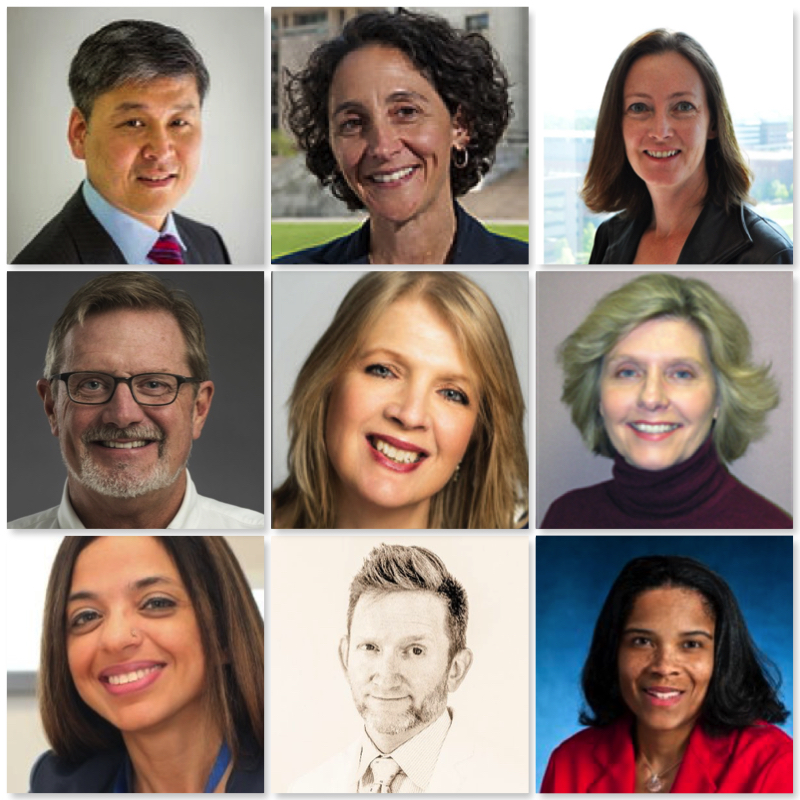 Finally, THANK YOU to all of our game players!

Without you, we could not have made 2018 the best year of NephMadness yet. Come back next year as we continue to push boundaries and make NephMadness even greater!