Providing kidney transplantation to HIV-positive ESKD patients was until recently considered to be a high-risk endeavour but is now almost routine. It is topical too, with the HIV Organ Policy Equity (HOPE) Act, allowing HIV+ to HIV+ transplants, being passed in 2013 and those first transplants beginning to happen at Johns Hopkins. This concept was a key player NephMadness 2018. Therefore, it is timely that a recent AJKD article by Malat et al reported on their 16-year experience of transplanting 120 HIV-positive patients with ESKD at Hahnemann University Hospital. 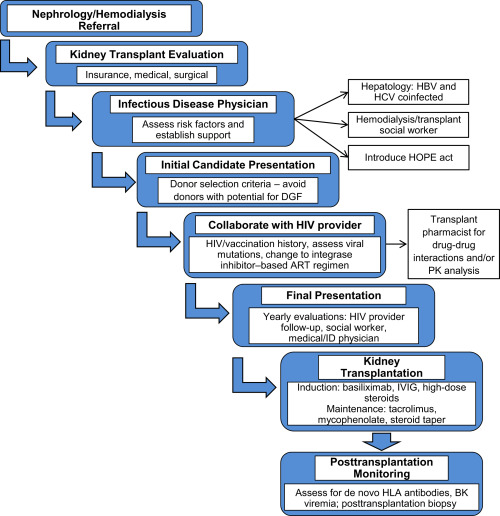 Eligible candidates must have an undetectable viral load, a CD4 count > 200/μL and be maintained on antiretroviral therapy (ART) for at least 6 months. The authors describe the history of their treatment protocols which initially omitted lymphocyte-depleting agents and used tiny does of cyclosporine, due to its interaction with protease inhibitors (which inhibit CYP3A), the cornerstone of ART in the early 2000s. Their early experience (2001-2009) demonstrated reasonable results (3-year patient survival of 80%) and a lack of opportunistic infections. However, consistent with other centers, there was significant delayed graft function (DGF-61%) and a very high acute rejection rate (55%), often mixed with both T-cell and antibody-mediated rejection events. This negatively impacted graft survival, which was poor in the early cases, particularly in those with mixed acute rejection.

The group persevered and modified their protocol in 2010 to include tacrolimus, modest dose (1 g/d) of mycophenolate mofetil (MMF), and later added empiric intravenous immunoglobulin (IVIG) at induction in an attempt to mitigate antibody-mediated rejection, the rates of which had improved but remained high with tacrolimus/MMF. They continued to avoid anti-thymocyte globulin (ATG) induction, even in highly sensitized patients. Belatacept gets a mention as being a potentially advantageous agent due to the lack of ART interactions, although experience with it in this setting is limited. More recent outcomes have demonstrated much improved allograft outcomes due to these protocol changes. 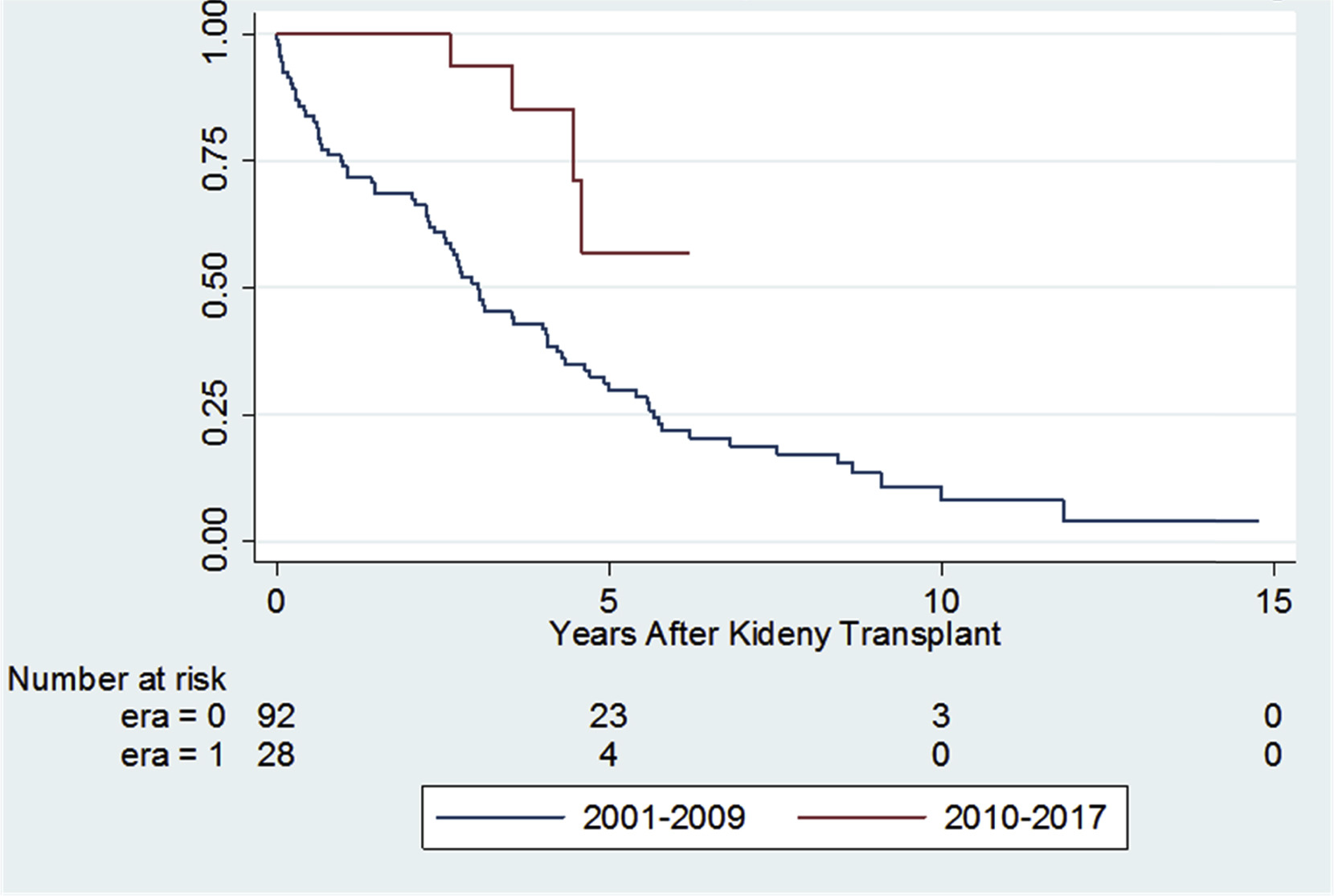 It is worth noting that as well as their above protocol refinements, recent transplants have benefited from improved donor quality, reduced cold ischemic time, and a higher proportion of living donors. Malat et al note that they explicitly excluded kidneys with a higher risk of DGF, including those with long ischemic times, donors with AKI, as well as kidneys from all expanded criteria donors (ECD) and donation after cardiac death (DCD), so their HIV+ recipients would appear to receive preferentially better quality organs. This may lead to questions regarding equity.

The authors discuss issues with ART, including drug interactions mentioned above, their preference for integrase inhibitors, and potential nephrotoxicity, largely due to tenofovir which they avoid unless there is coinfection with hepatitis B virus. They also discuss hepatitis C virus positive kidneys, the HOPE Act, and more.

The article serves as a thoughtful piece of the history and challenges of performing kidney transplants in HIV+ patients, how far we have come in the management of HIV-infected individuals, and how once unthinkable feats in transplantation may become routine with innovation and careful management.