When evaluating kidney biopsies, the identification of glomeruli with expanded, rounded mesangial areas with a nodular appearance usually indicates diabetic nephropathy. This is due to the high prevalence of diabetes relative to less common diseases that may also give rise to nodular mesangial sclerosis. It is important to keep in mind these other possibilities, some of which are amyloidosis, monoclonal immunoglobulin deposition disease, and chronic membranoproliferative glomerulonephritis. When none of these diseases are present, a biopsy with nodular mesangial sclerosis was, in the past, considered to be “idiopathic nodular glomerulosclerosis” (ING).

More recently, at least a portion of cases called ING have been linked to a history of heavy cigarette smoking with hypertension. The histopathologic similarity in these biopsies with diabetic nephropathy is striking. Like diabetic nephropathy, there are basement membrane thickening, mesangial sclerosis, and nodule formation with hypocellular central areas (figure 1). 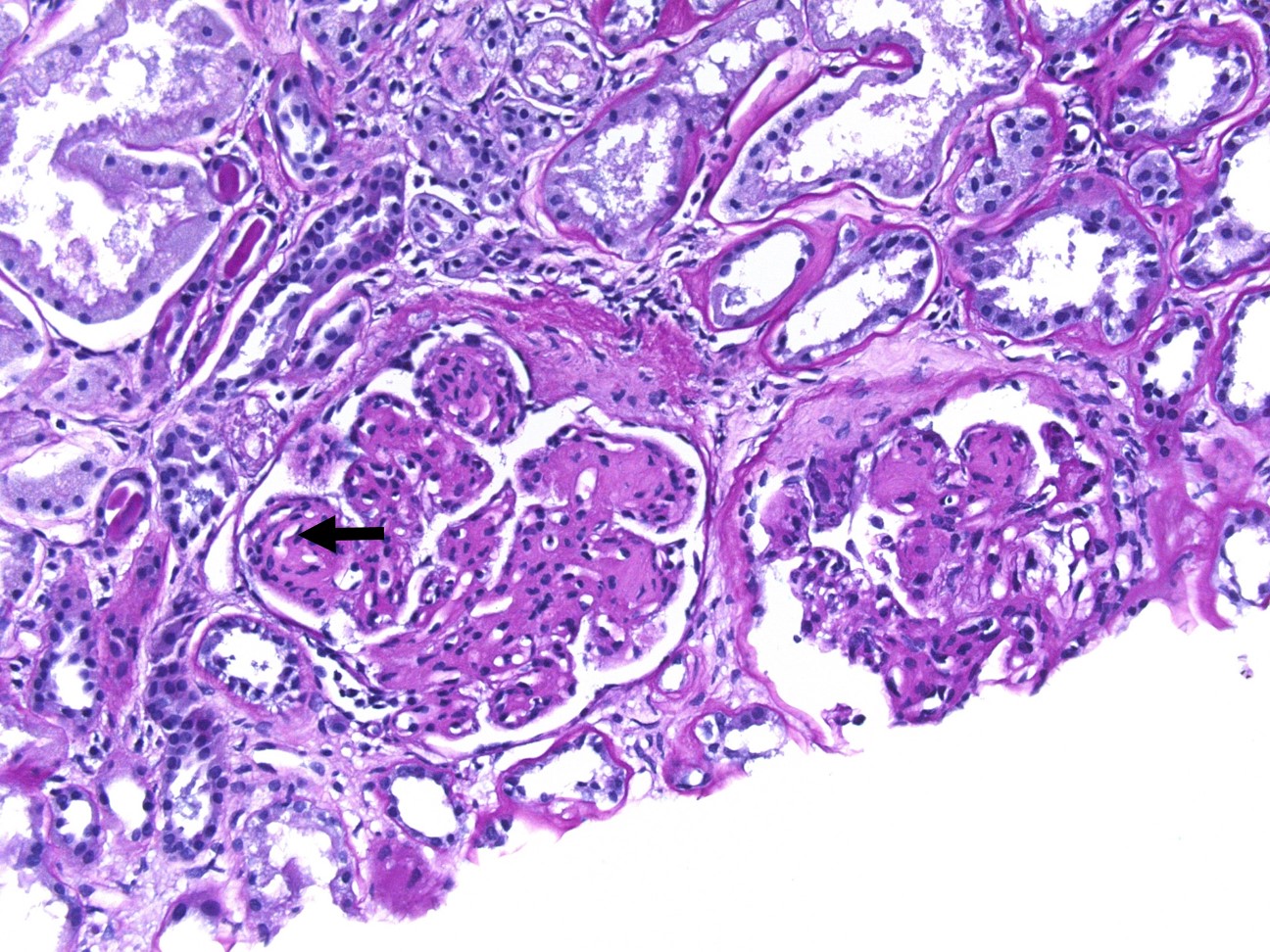 An interesting feature within the mesangial nodules is the presence of small vascular channels (arrows in figures 1 and 2): 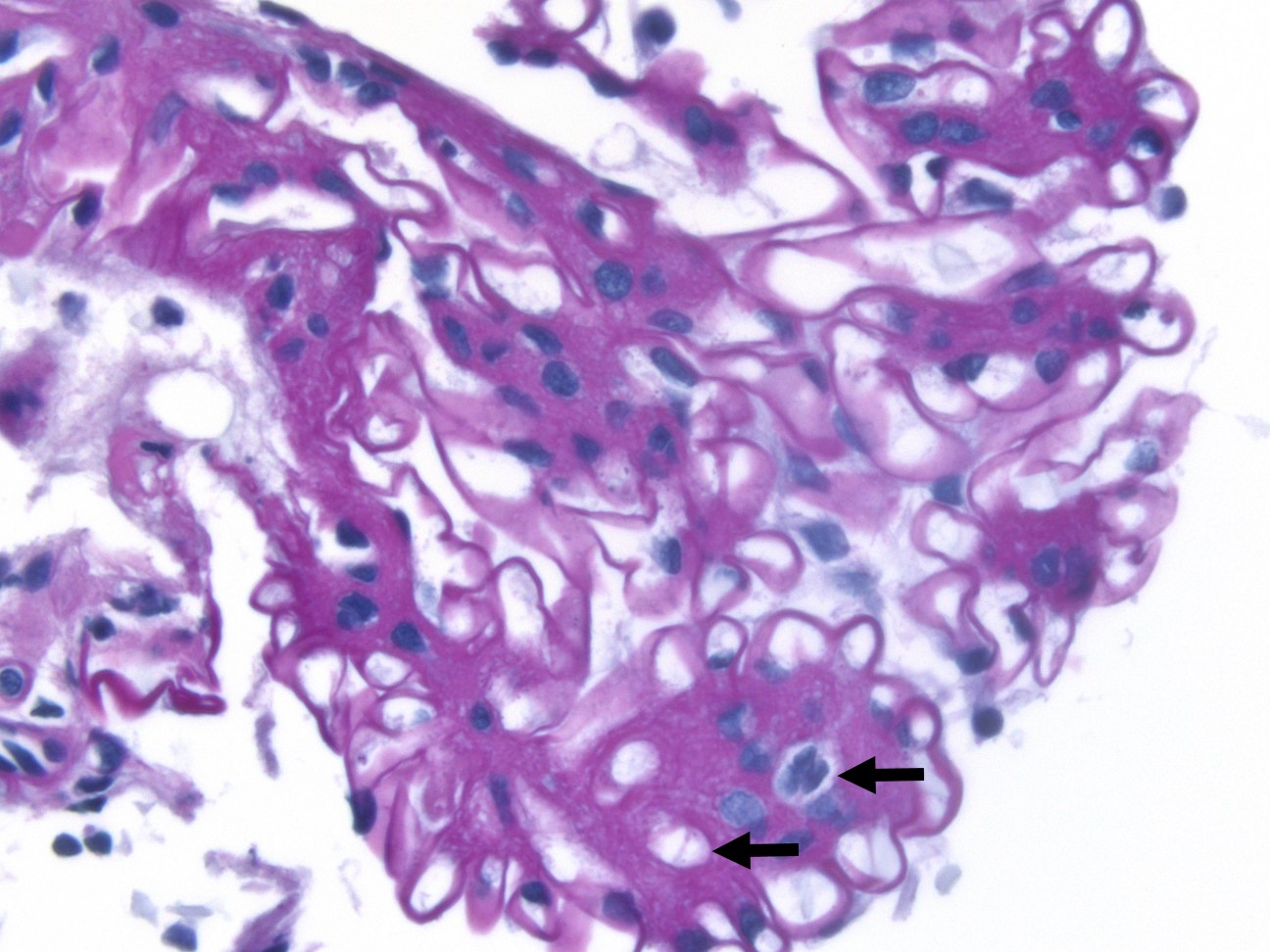 This mesangial neovascularization was initially proposed to be more prominent in smoking-related glomerulopathy; however, they are also present in diabetic nephropathy and their relative abundance may not distinguish between the two lesions.  These small vascular spaces are embedded within the sclerotic mesangium, are continuous with the peripheral glomerular capillaries, and are lined by immunophenotypically normal endothelial cells. In addition to nodular mesangial sclerosis, biopsies with smoking-related glomerulopathy may also demonstrate changes of chronic endothelial damage, such as basement membrane duplication. The mesangial sclerosis may also be of a more diffuse rather than nodular appearance.

These relatively recent observations relating histopathologic lesions with clinical characteristics highlight that there is still much to learn about how pathophysiology gives rise to morphology. Renal pathology is not a closed canon.