Another ASN Kidney Week has concluded, and it was an amazing week full of learning and meeting new individuals. I took a tour through the education research posters on Saturday, October 27, 2018. It is definitely an exciting time in education research! There were so many amazing projects that it was difficult for me to decide which one to blog about. After much deliberation, I bring to you 3 projects from budding nephrologists/educators. When I talked to each presenter, their enthusiasm for their projects and education was contagious and I imagine we will see great things from them in the future! 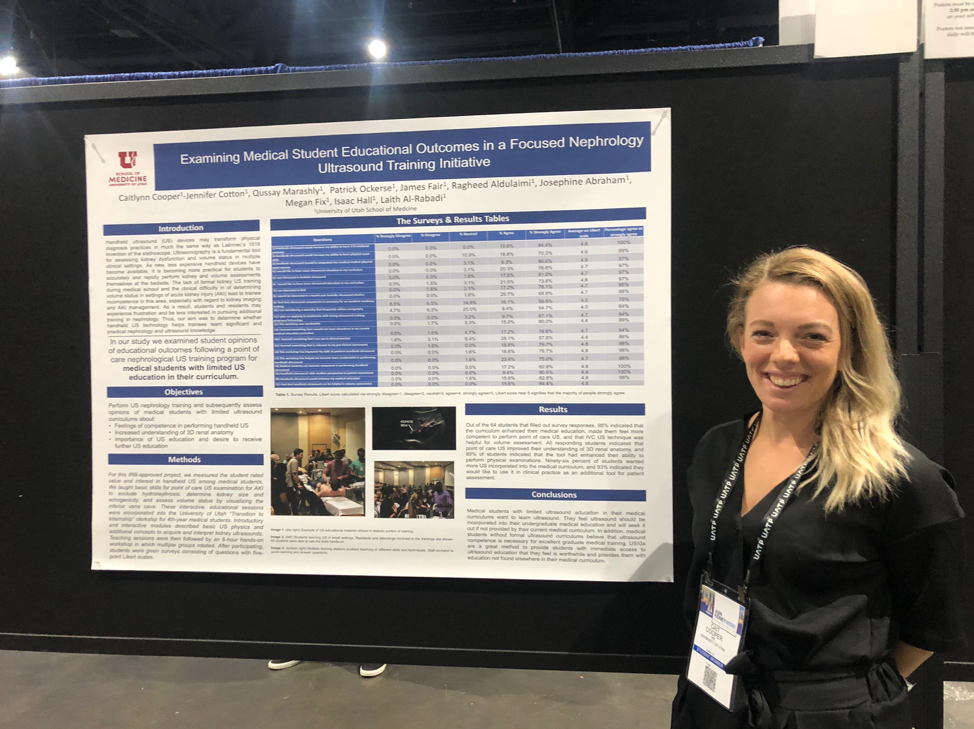 My first stop was to see Caitlynn Cooper, a second-year medical student at University of Utah School of Medicine, to chat with her on her project entitled “Examining Medical Student Educational Outcomes in a Focused Nephrology Ultrasound Training Initiative.” Her team incorporated interactive ultrasound sessions for fourth-year medical students on their ‘Transition to Internship’ clerkship at the University of Utah. Students were taught the basics of ultrasound physics as well as the basic skills for point-of care-ultrasound examination in the setting of AKI, including to assess for hydronephrosis, kidney size, echogenicity, and assessment of volume status by visualizing the inferior vena cava. Students were surveyed after completion of the curriculum. Sixty-four students completed the survey and 98% felt that it enhanced their medical education! What’s more intriguing is that 96% of students wanted more ultrasound incorporated in their curriculum and that 93% would like to use point-of-care ultrasound in their clinical practice.

Although it was not studied in this project, I hope to see that in the future they add assessment of the interest in nephrology as a career pre- and post-ultrasound session. Point-of-care ultrasound is relatively in its infancy. As ultrasound machines get smaller, more portable, and less expensive, they may transform our daily practice and exam of patients. Students in this study clearly want more ultrasound training and if nephrologists are relatively quick to adopt point-of-care ultrasound in our daily practice, we may be able to increase interest in nephrology! 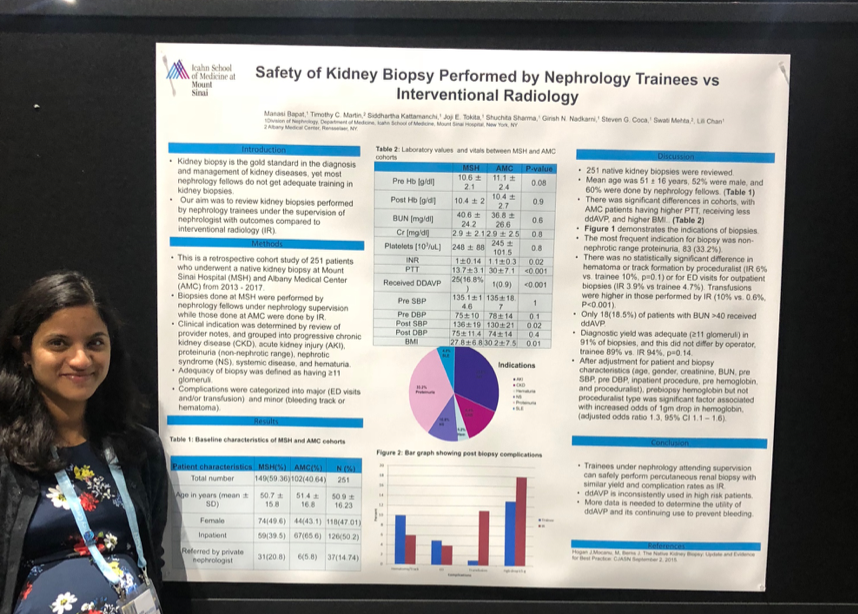 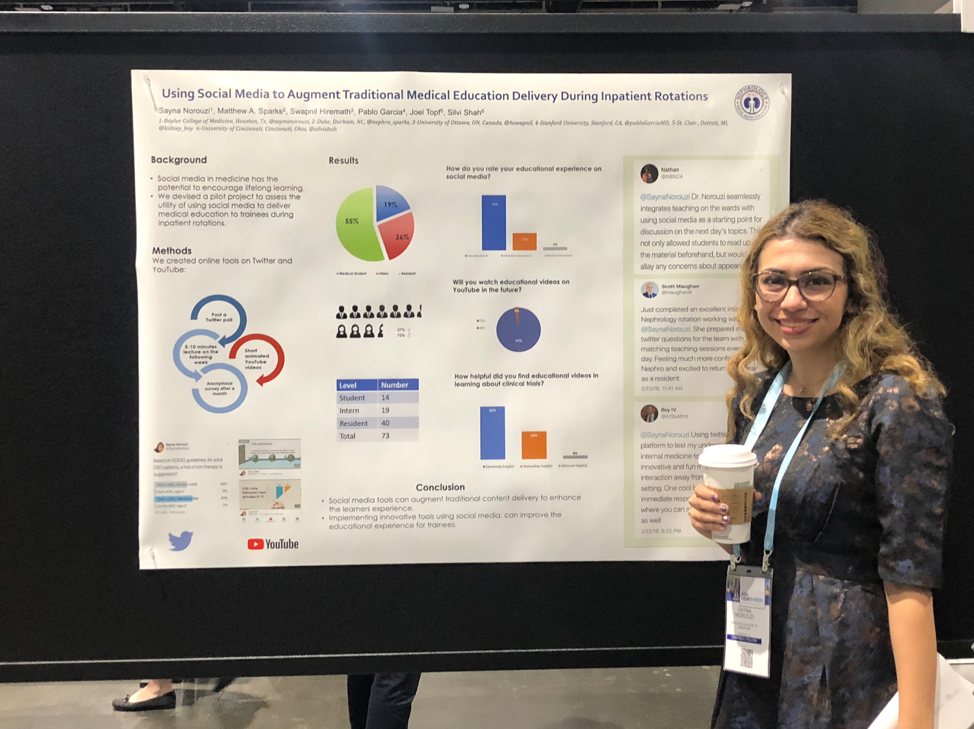 Last but not least, I stopped to chat with Sayna Norouzi (@SaynaNorouzi), a first-year fellow at Baylor College of Medicine. Dr. Norouzi and her team harnessed the power of social media in this project to augment traditional medical education in nephrology. While Dr. Norouzi was an internal medicine resident at St. Louis University, she implemented this education project on their inpatient nephrology ward team. Every 5 days, Dr Norouzi posted Twitter polls asking questions on important topics in nephrology for the residents and students on the team to answer. This was then followed by either a 5-10 minute in-person lecture and/or a 2-3 minute animated YouTube video. Trainees (n = 73) were surveyed 2 months after completing the educational experience. 96% of respondents found the experience either somewhat or very educational. 97% planned to watch future educational videos on YouTube.

So, there you have it – 3 very different but interesting education research studies from 3 budding nephrologists!