Editor’s Note: We asked authors of Original Investigations to provide short plain language summaries that would briefly summarize what inspired their study, the basic approach taken, what was learned, and why it matters. We hope our readers will find this valuable in helping them keep up with the latest research in the field of nephrology. From the January 2019 issue: 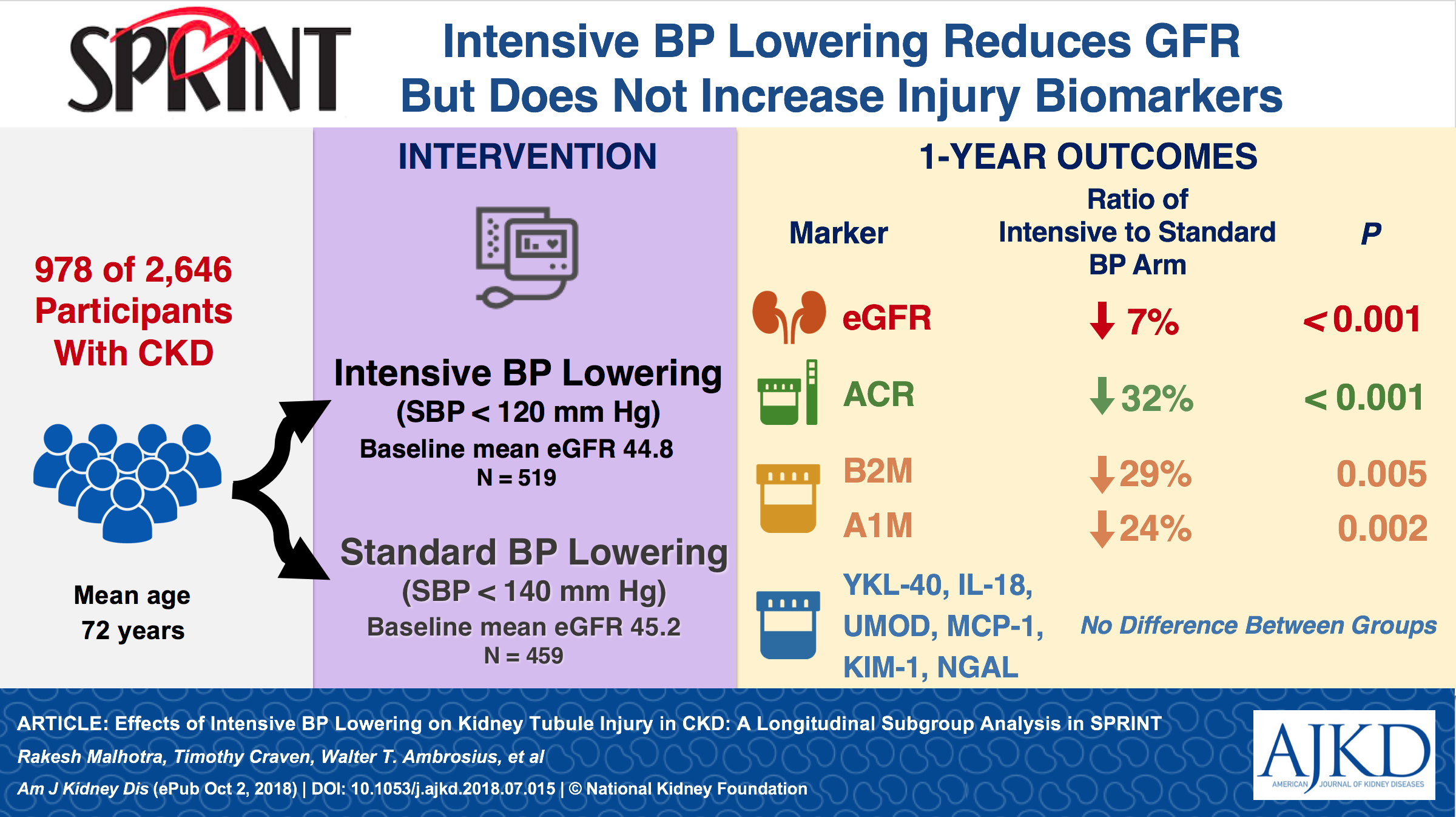 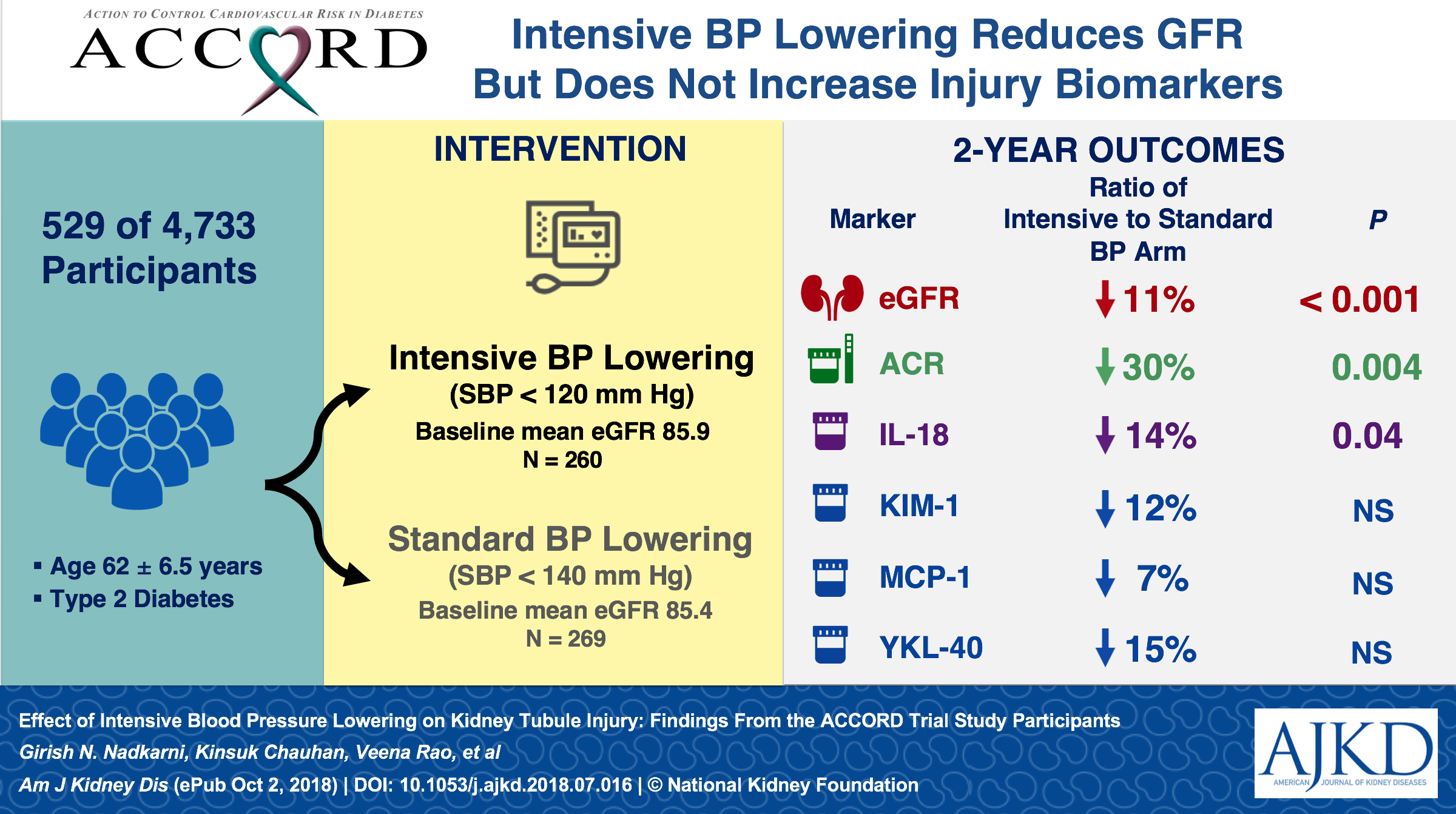 Outcomes of the First and Second Hemodialysis Fistula: A Cohort Study by Fareed Kamar et al

From the authors: Few studies have been conducted to determine the risk of developing type 2 diabetes mellitus (T2DM) in patients with CKD prior to end-stage renal disease (ESRD). In this analysis of data from the Chronic Renal Insufficiency Cohort (CRIC) Study, the main goals were to examine rates of and risk factors for T2DM. The overall incidence rate was 17.81 cases per 100 person-years, substantially higher than rates seen in the general population. A number of potential risk factors that have been found to be associated with T2DM in the general population were examined, in addition to two measures of kidney function and damage. All of these factors were measured at study entry. In analyses controlling for confounding variables, two risk factors were significantly associated with risk of subsequently developing T2DM: fasting blood sugar and family history of diabetes.

From the authors: Clinical research studies of CKD progression are often interested in time to a specified percentage decline in kidney function based on the estimated glomerular filtration rate (eGFR). The standard method for calculating this event time may be inaccurate because it is based on only two eGFR measures. This study presents a new method that uses all eGFR values over a patient’s follow-up to calculate the time to a percentage decline in eGFR. Computer simulations were used to compare the accuracy of the new and standard methods under a broad set of assumptions. These two methods were also compared using data from the Nephrotic Syndrome Study Network (NEPTUNE) and the Clinical Phenotyping and Resource Biobank Core (C-PROBE) Study, two heterogeneous cohorts of individuals with CKD. The new method, using all longitudinal eGFR values, was more accurate and powerful than traditional methods and represents a new tool for studying kidney disease progression. 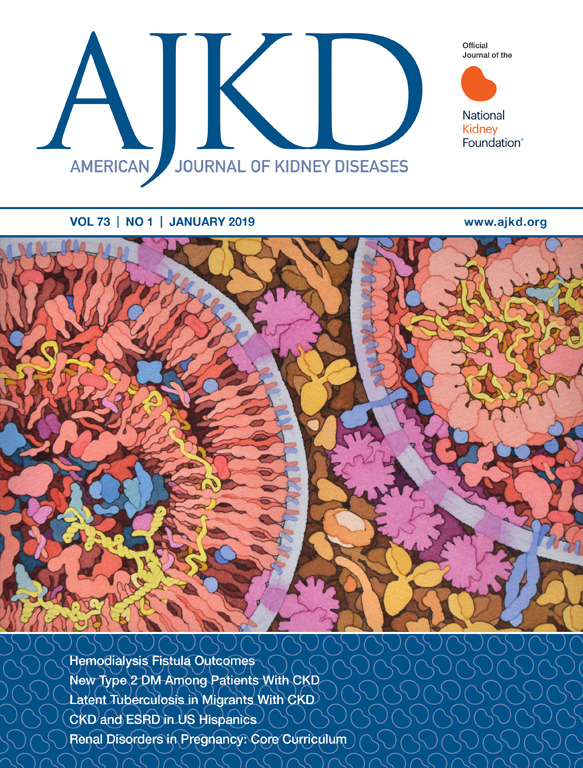 On the Cover: Over the 35 years since the discovery of human immunodeficiency virus (HIV) as the causative agent of AIDS, tremendous progress has been made in the understanding and treatment of HIV infection. As a result, what was once a uniformly lethal infection, commonly complicated by kidney disease, is now highly treatable and compatible with a long, healthy life-span for many. Remarkably, these advances have also made accessible kidney transplantation for HIV-positive patients who develop kidney failure. This month’s cover illustration depicts a maturing virion in the last step in the 7-stage life cycle of HIV. In this issue of AJKD, Malat et al describe their center’s 16-year experience and success with kidney transplantation for patients infected with HIV:

The image “HIV maturation, HIV viral life cycle, illustration” is by David S. Goodsell, PhD, The Scripps Research Institute. From the Wellcome Collection, available under a CC BY license.