Data from epidemiological studies suggest coffee consumption may be associated with kidney (and other) outcomes, specifically a higher eGFR or less CKD. This is speculated to be due to anti-inflammatory, anti-oxidant, and anti-fibrotic effects of caffeine and other compounds in coffee. These studies are inherently confounded, however, as coffee drinkers may also have other lifestyle factors which influence cardiovascular and kidney outcomes. 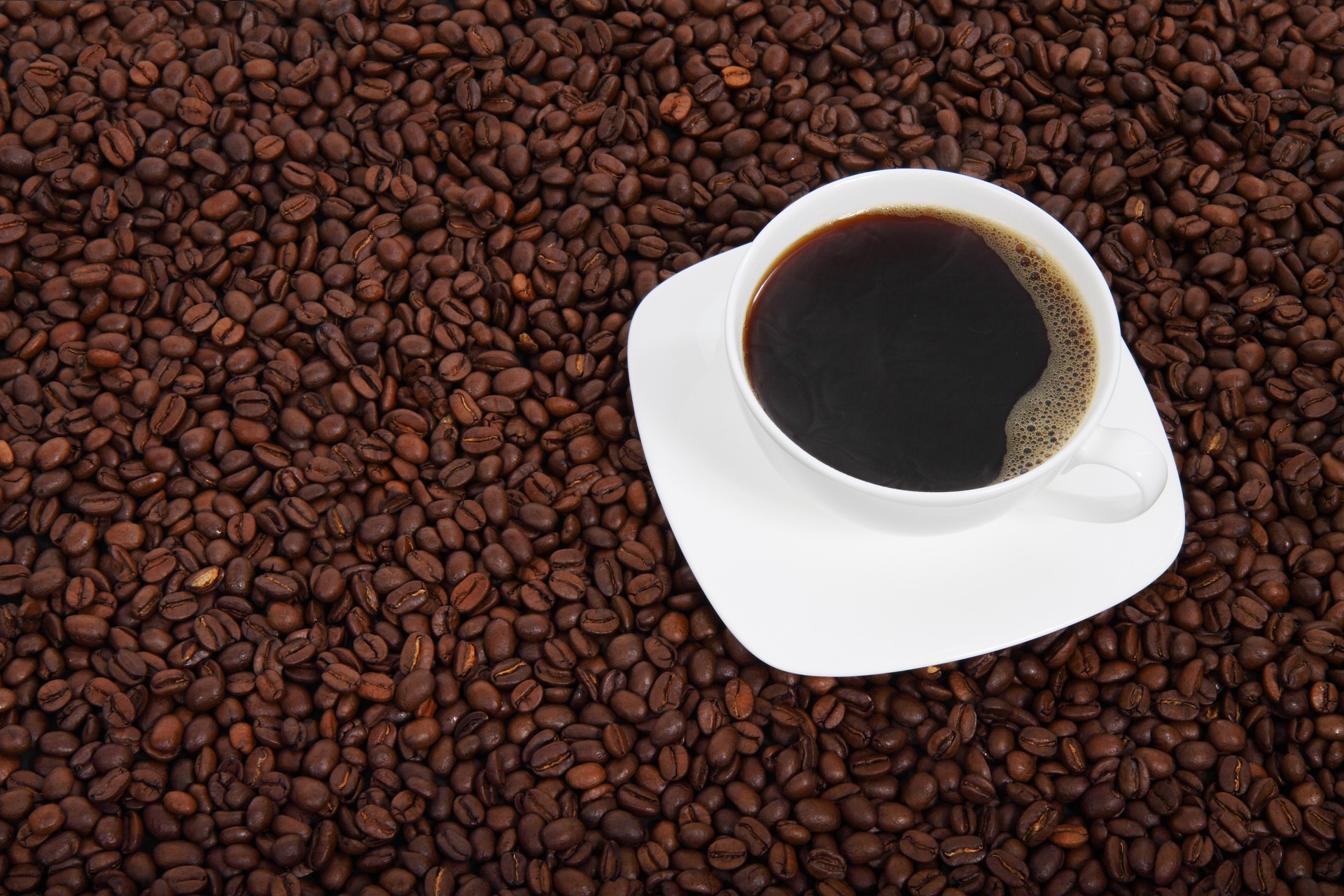 In a recent study published in AJKD, Kennedy et al have used Mendelian randomization to account for this confounding. Likely coffee consumption does have genetic influence, so the authors performed a genome-wide association study (GWAS) to identify the genetic variants associated with coffee consumption using the UK Biobank (n = 500,000), which includes detailed coffee consumption data from a baseline dietary questionnaire, including quantity of coffee intake per day. The study only included white British adults and the authors accounted for the differences in allele frequencies in a population, possibly due to different ancestry and which could confound any association otherwise known as population stratification. Non–coffee drinkers were excluded to reduce bias from reverse causation (could CKD itself lead to less coffee consumption?) as were participants who didn’t drink coffee due to cost or medical reasons (n = 227,000 remaining).

The investigators then examined the effect of these variants associated with coffee consumption on kidney outcomes using the large CKDGen cohort. Data were available for albuminuria (n = 54,000), CKD (MDRD eGFR < 60 mL/min/1.73 m2; n = 117,000) and eGFR (MDRD; n = 137,000). Robust methods accounted for confounding including testing for single nucleotide polymorphism (SNP) associations with CKD risk factors (smoking, obesity, diabetes, hypertension from UK Biobank GWAS), as well as directional pleiotropy (the net effect of multiple SNPs having a direct impact on renal outcome rather than via modifying coffee consumption). 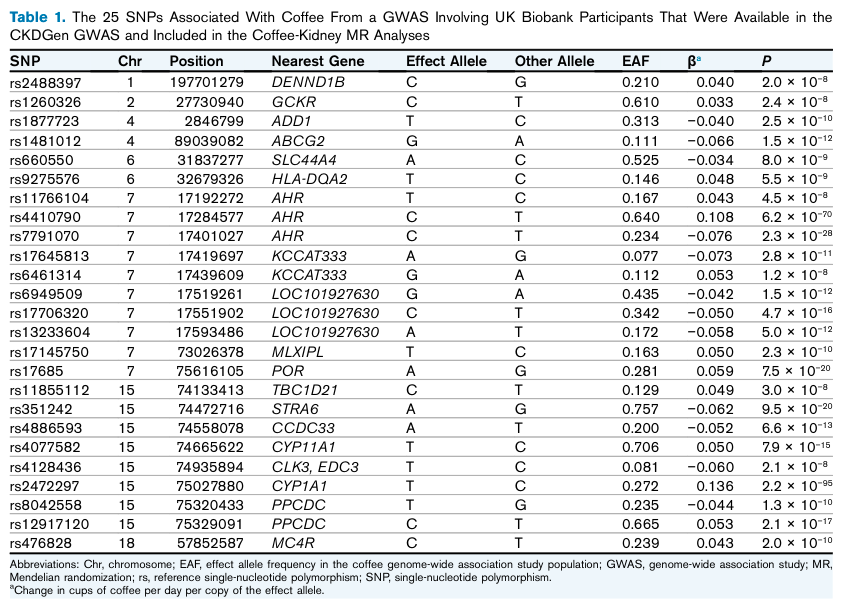 The odds ratio of CKD for an extra daily cup of coffee daily was 0.84 (95% CI, 0.72-0.98; p = 0.03). After accounting for SNPs causing directional pleiotropy, the result for eGFR was also highly significant. The result for albuminuria had less power and was not statistically significant but showed a similar magnitude of effect. These effects were not driven by a single SNP and the SNPs explained variability in exposure more than outcome, i.e. these variants appear to explain why people drank more/less coffee and the coffee exposure explains the outcome difference. Including non-coffee drinkers in a separate analysis demonstrated similar effects to the above analysis.

Like all GWAS, perhaps the most crucial aspect of the study is not the coverage of genetic variants or the complex statistical methods employed but the precision of the phenotyping. CKD was often diagnosed in CKDGen based on a single eGFR and there was a lack of data on eGFR at different time points, i.e. progression of CKD over time. It’s unclear from this study if the benefit of coffee is limited to specific causes of CKD. Moreover, is it all types of coffee that are important and what specific compounds drive this effect? The magnitude of effect appears very large, as big as the impact of proven pharmacological interventions in CKD. This raises suspicion of the Winner’s curse (over-estimation of the true effect size)?

Many questions remain unanswered. However, Kennedy et al have performed an interesting study with novel approaches to account for many of the pitfalls in this type of research. It will be interesting to follow where this story goes from here.