Lowering blood pressure (BP) is beneficial in patients with chronic kidney disease (CKD) from a cardiovascular protection point of view, and has formed the basis of our management of CKD patients for decades. The SPRINT trial informed us of the cardiovascular benefits of aggressive BP management in a cohort of high risk patients—many with CKD, although none with > 1g/day proteinuria, and the trial was designed for hard kidney endpoints. So, what evidence do we have that treating BP to certain targets delays progression of CKD? Actually, not much. And, we often rely on observational data in our CKD patients to infer BP targets for kidney disease progression. We may extrapolate data from patients with normal kidney function, but few robust trials exist demonstrating a benefit on renal progression. With KNOW-CKD, an observational cohort from Korea, Jee Young Lee and colleagues have examined longitudinal office BP measurements and their association with kidney outcomes in an attempt to explore this issue further. 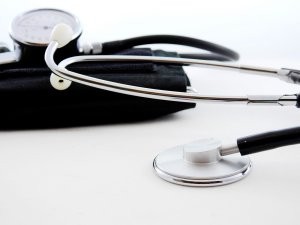 Both baseline and time-updated (latest BP averaged with previous readings) systolic and diastolic BP were examined. The cohort included over 2,000 non-dialysis requiring adults with CKD of all stages (approximately 1/3 female, and 1/3 diabetic) and had a median follow up of 3.66 years. Over this time the primary composite kidney outcome (>50% decline in glomerular filtration rate or initiation of kidney replacement therapy) occurred in 23% of patients.  Full results and description of the models used to adjust for confounders are available in the manuscript. However, the standout points were as follows:

The overall conclusions were that time-updated BP is a better predictor of CKD progression than a single baseline BP, and systolic BP may be a more accurate predictor of kidney function decline than diastolic BP, with risk beginning to rise at a systolic BP >130 mmHg.

While these date support a general view (from KDIGO and others) that BP should be treated to <130/80 mmHg in CKD patients with proteinuria (most of this cohort, as per the authors), the findings obviously cannot prove causality, being observational in nature. While there is a clear association between BP and CKD progression, uncertainty remains if treating BP abrogates progression. Some notable trials include HALT-PKD, suggesting a benefit of tight BP control in autosomal dominant polycystic kidney disease patients for surrogate renal endpoints (eg total kidney volume), and AASK, suggesting no benefit on kidney progression in African Americans with hypertension and CKD (although perhaps a benefit with proteinuria). This was nicely debated in a NephMadness hypertension region from 2016.

The KNOW-CKD study employed annual office BP measurements using electronic sphygmomanometers rather than ambulatory techniques, which some authors may find optimal (also covered in same the NephMadness region). Overall, this work adds to the observational evidence that BP (particularly systolic) is associated with kidney disease progression with some exploration of time dependent and averaged BP measurements being significant. Our patients are complex. CKD is not a homogeneous diagnosis and we must manage patients with different etiologies of kidney disease, varying levels of proteinuria, and additional co-morbidity. We require many more randomized controlled trials in “CKD” patients with primary kidney endpoints in order to tease out how we should be managing their hypertension.