Focal segmental glomerulosclerosis (FSGS) is a histologically-defined lesion that results from many etiologies such as drugs, infections, and genetic mutations. It can also occur secondary to other renal lesions, and in many cases the causes is unknown and referred to as primary or idiopathic. FSGS manifests predominantly with significant proteinuria on presentation, and is a leading cause of primary proteinuric kidney disease.

FSGS recurrence after kidney transplantation is a major risk factor for graft loss. The current prophylactic measures to prevent recurrence of primary FSGS are very limited. While some transplant centers use plasmapheresis or rituximab, neither have been clearly shown to significantly reduce the rates of recurrence. A recent study reported that idiopathic FSGS recurs after the first transplant in one third of cases and is associated with a five-fold higher risk of graft loss.

The patient requested a transplant nephrectomy due to non-resolving nephrotic syndrome, which was done eight months after transplantation. The kidney was then retransplanted in the second recipient, a 78-year-old man with no history of FSGS. The patient demonstrated immediate allograft function, and the allograft remained stable with non-significant proteinuria one-year post-transplantation. 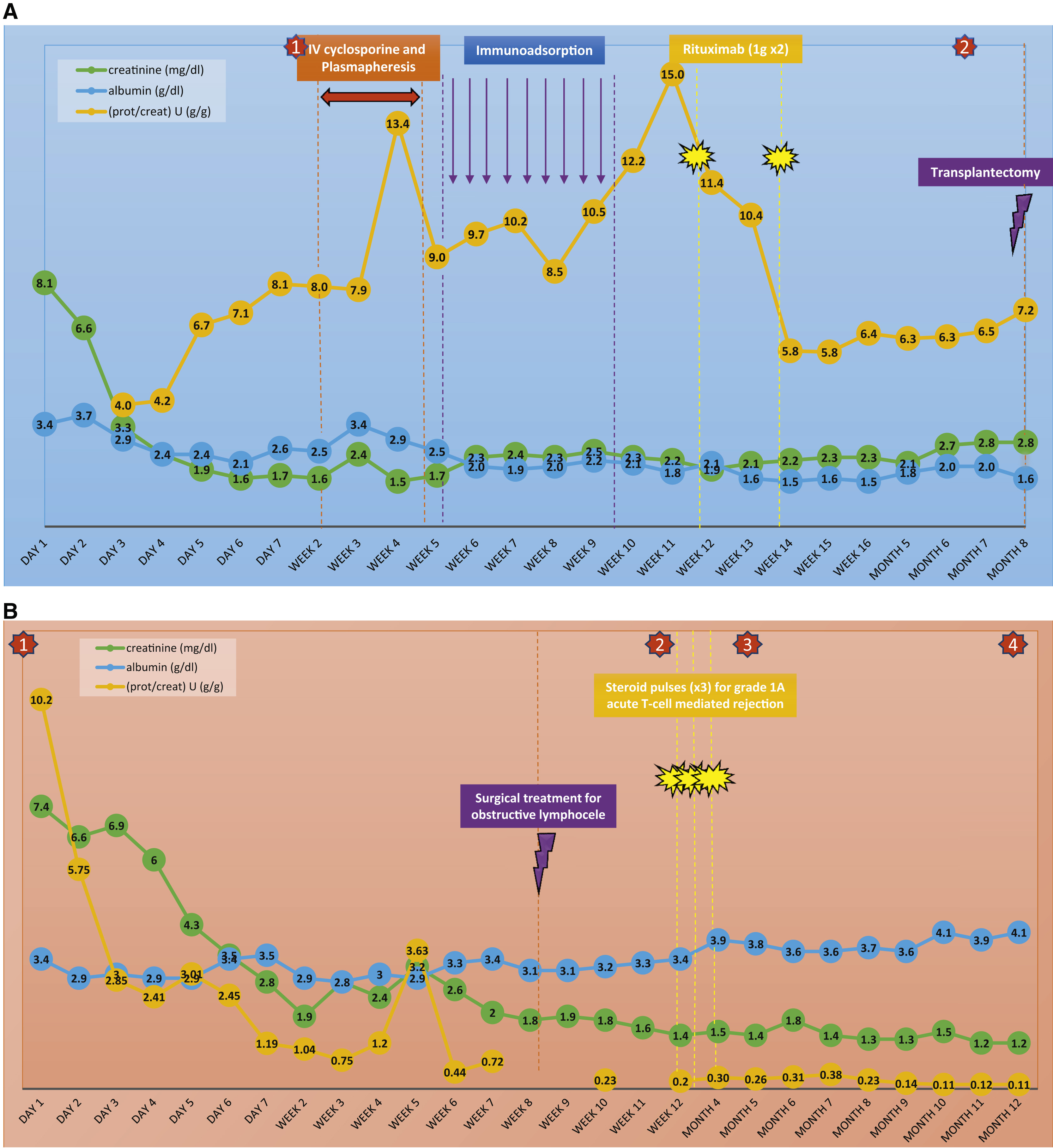 The pathogenesis of primary FSGS is incompletely understood. This case, along with other reported cases of allograft nephrectomy and retransplantation in recurrent FSGS, supports the mechanism of a circulating factor as the cause of primary FSGS, as evidenced by the rapid recovery of renal allograft function after retransplantation and the improvement of the histopathologic findings. The timing of renal allograft nephrectomy for reuse is important and ideally should be done prior to extensive scarring of the graft.  The histopathological findings in this case demonstrated partial recovery of the podocyte lesion, which may also imply that the podocyte injury before scar formation can be a reversible lesion.

This case report supports the hypothesis that late nephrectomy and re-use in FSGS recurrence is possible. This practice is of significance in times when the supply of renal transplant organs does not meet the demand.