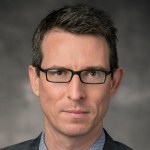 Dr. Miroslav Sekulic is a renal pathologist at Columbia University Medical Center.  He has had the pleasure of training and working alongside his two fellow contributors. 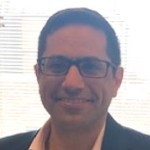 Dr. Ibrahim Batal is a renal pathologist at Columbia University Irving Medical Center.  He has had the pleasure of training under the supervision of Dr. Rennke and is currently working with Dr. Sekulic. 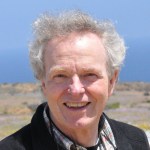 Helmut Rennke is a renal pathologist at Brigham and Women’s Hospital. He was born, raised, and educated in Chile, trained and worked under Ramzi Cotran and Manjeri Venkatachalam at the Mallory Institute of Pathology and Peter Bent Brigham Hospital in Boston, and he has had the pleasure and privilege of training and mentoring several academic renal pathologist currently working in the US and abroad.

Depending on the characteristics of the secreted monoclonal immunoglobulin (M-Ig), clonal lymphoplasmacytic proliferations can cause kidney damage through direct deposition of M-Ig in the kidney as well as via its indirect interference with the alternative complement pathway, as occurs in some cases of C3 glomerulopathy.

While there is increasing evidence that M-Ig can cause thrombotic microangiopathy (TMA), the exact mechanisms are still unclear.  In vitro studies have shown that M-Ig can act as an autoantibody to mediate activation of the alternative complement pathway (such as against complement factors H and B). M-Ig may also lead to hypercoagulability by altering the structure of fibrinogen, acting as an autoantibody against the coagulation cascade’s mediators or increasing the production of procoagulant acute phase reactants. Together, these findings support a potential role of M-Ig in endothelial cell injury, the key feature in the development of TMA.  Indeed, Ravindran et al have shown that 21% of patients over 50 years of age who had kidney biopsy-proven TMA also had concurrent circulating M-Ig. This incidence is higher than the reported 4% prevalence amongst the general population older than 50 years.

In a recent AJKD article, Martins et al aimed to clarify the role of complement activation mediating endothelial injury in patients with monoclonal gammopathy.  For this, the investigators studied 24 patients in the French national registry of hemolytic uremic syndrome (HUS) between 2000 and 2020 who had M-Ig without other identifiable causes of secondary TMA.

The authors describe decreased C3, normal C4, and increased soluble C5b-9 levels in 33%, 100%, and 77% of tested patients’ plasma, respectively.  Although suggestive of alternative complement pathway activation, these findings are not entirely specific and may be encountered in several pathological conditions accompanied by tissue injury.

Within the studied cohort of patients, the most common M-Ig heavy chain component was immunoglobulin G [19 of 24 (79%) cases] and there was only a slight predominance of lambda light chains [14 of 24 (58%) cases].  Notably, a hematologic malignancy was only identified in 6 of 24 (25%) cases.  Such an apparently low percentage of patients with hematologic malignancies may reflect the difficulty in identifying neoplasms of low burden or those situated in unsampled tissue sites (a bone marrow biopsy is usually the only tissue sampling performed in these work-ups).

The investigators noted relatively severe clinical features, with 17 of 24 (71%) patients requiring dialysis support at disease onset, and with poor renal survival in follow-up (median of 20 months).  Although the presenting renal dysfunction in most cases reflected their common encountering of biopsies exhibiting TMA with acute features, one would have anticipated better outcomes based on the relatively mild chronic background parenchymal changes (ie most patients had a low percentage of sclerosed glomeruli and tubulointerstitial scarring).  The variable treatment regimens described in this small cohort confound extrapolation of what could have affected and improved outcomes.  Likely secondary, in part due to the low rate of detection of an underlying hematologic malignancy, only nine patients received “B cell clone-directed treatment”. Future studies should investigate potentially improved survival when more frequent targeting of the underlying etiology of M-Ig is employed.

A unique component of the study included the attempt to correlate clinical and biopsy-based pathologic findings of TMA with underlying genetic analysis data.  From 17 patients who underwent genetic analysis, rare pathogenic variants in complement genes were identified in only three (17%) cases, including two with a C3 variant and one with a CFI variant.  This reported observation of only 17% of cases having a detectable genetic abnormality associated with TMA is less than possibly expected—potentially confounded by sampling bias from a relatively small cohort size. Variability in what is defined as a pathologic variant versus one of uncertain significance may also contribute to differences of rates of detection/diagnosis of genetic abnormalities in cases of TMA.

Some of the study’s limitations were noted by the authors, including a somewhat limited number of patients (albeit a reflection of the rarity of patients with TMA and a M-Ig) and consequently a limited number of blood samples on which to perform genetic screening.  Most biopsies described revealed acute and not chronic TMA, and if chronic TMA was identified it was glomerulocentric.  An important association that remained unexplained is that of M-Ig and chronic forms of endothelial injury that are vessel dominant.  While most pathologists will readily diagnose chronic TMA when glomeruli are involved and exhibit glomerular capillary wall remodeling and double contours, the study from Martins et al partly may reflect recalcitrance in diagnosing prominent arterial vessel sclerosis/hyalinosis as being indicative of chronic TMA (see Figure below).  Frequently, cases with prominent arterial vessel wall sclerosis/hyalinosis and their associated parenchymal changes are simply ascribed as representing “hypertensive nephrosclerosis” without consideration that longstanding endothelial/vascular injury (exactly what TMA is) may in fact be the chronic manifestation of vasculocentric TMA.  Although challenging, future studies may benefit from including cases of chronic TMA that are not limited to glomerulocentric disease.

In addition to glomerular manifestations of TMA, patients with a M-Ig may develop arterial vessel involvement. Panel A shows an arteriole with acute fibrin thrombosis in a patient with multiple myeloma and an IgG/kappa monoclonal protein. Panel B shows evidence of chronic endothelial/vascular injury characterized by severe arteriosclerosis in a patient with multiple myeloma and a kappa light chain monoclonal protein. Paraffin sections were stained with hematoxylin and eosin (A) and periodic acid-Schiff (B) stains. Original magnification for A at x 600 and B at x 400. © Rennke et al

The study from Martins et al has provided further evidence supporting an association of TMA in the setting of immunoglobulin M.  From this work, investigators should look forward to improving outcomes in these patients including potentially expanding the role of hematologic clone-directed therapy.  Additionally, evaluation of both vasculogenic and glomerulocentric TMA may increase cohort sizes and incorporate potentially missed patients.  At the same time that future work investigates the association of TMA related to M-Ig, the multifactorial nature of TMA should be kept in mind and considerations of more than one sole implicated etiology should be pursued (ie, a two-hit phenomenon of having a genetic propensity to develop TMA following by a triggering secondary etiology).