Amongst the highlights of #KidneyWk 2016 is the session on late breaking clinical trials (previously known as high impact clinical research session). The oral session from Saturday, will be covered in another blog post. In addition, there was also a late breaking poster edition on Friday, with 20 studies being presented. Regardless of the results, this by itself suggests that nephrology is on the right path, with an increasing number of trials being conducted. We discuss some of those studies that piqued our interest, and have the potential to be translated into clinical practice. 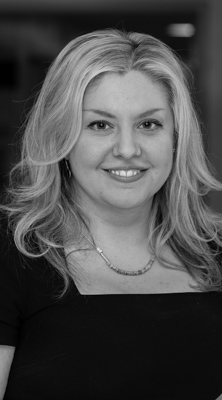 Presented by Christine Ribic from the McMaster group, the HEMO-TIN trial (protocol) examined the efficacy and safety of LMWH, specifically tinzaparin (Innohep, Leo Pharma) compared to unfractionated heparin (UFH) in hemodialysis patients. Most LMWH are licensed, and used, for hemodialysis circuit anticoagulation in Europe; however, use in North America is still uncommon. To note, of the three most commonly used LMWH, tinzaparin has a shorter half-life than dalteparin (Fragmin, Pfizer Inc), which has a shorter half life than enoxaparin (Lovenox, Clexane, Sanofi Inc). Other LMWH include reviparin (Clivarine, Abbott Inc) and nadroparin (Fraxiparine). The HEMO-TIN trial had a double dummy, blinded design, with patients being randomized to three months each of UFH or LMWH. The dose of UFH was maintained per what they were previously receiving (mostly 1000  – 1500 units bolus, and 500 – 1000 units hourly). The dose of tinzaparin was adjusted based on a protocol taking into account bleeding and dialyzer clotting – and most patients (~ 95%) received one dose of 2500 units at the start of dialysis. Of the ~190 patients randomized, about 160 patients completed the study over the study period. As is common in Canada, about 60% patients had a central venous catheter for dialysis. In terms of outcomes, there was no difference between total bleeds (about 50% in both arms) or major bleeds (about 2% in each arm). Similarly, there was no difference between dialyser clotting in either arm. Interestingly, a secondary outcome was the duration of anticoagulant effect. Here, the anti-Xa levels were appropriately subtherapeutic in the tinzaparin group, but an uncomfortably significant proportion of patients on UFH had PTT levels in the high (ie well coagulated state) for quite a few hours after dialysis was finished (though this did not translate into more bleeding events). Cost is, of course, a major issue, and it remains to be seen if the results of this study will move the needle in that regards. Given some of the past problems with UFH (see some excellent coverage of the bovine UFH contaminant issue here), this trial does suggest that LMWH, specifically tinzaparin and perhaps even dalteparin, should be considered closely. 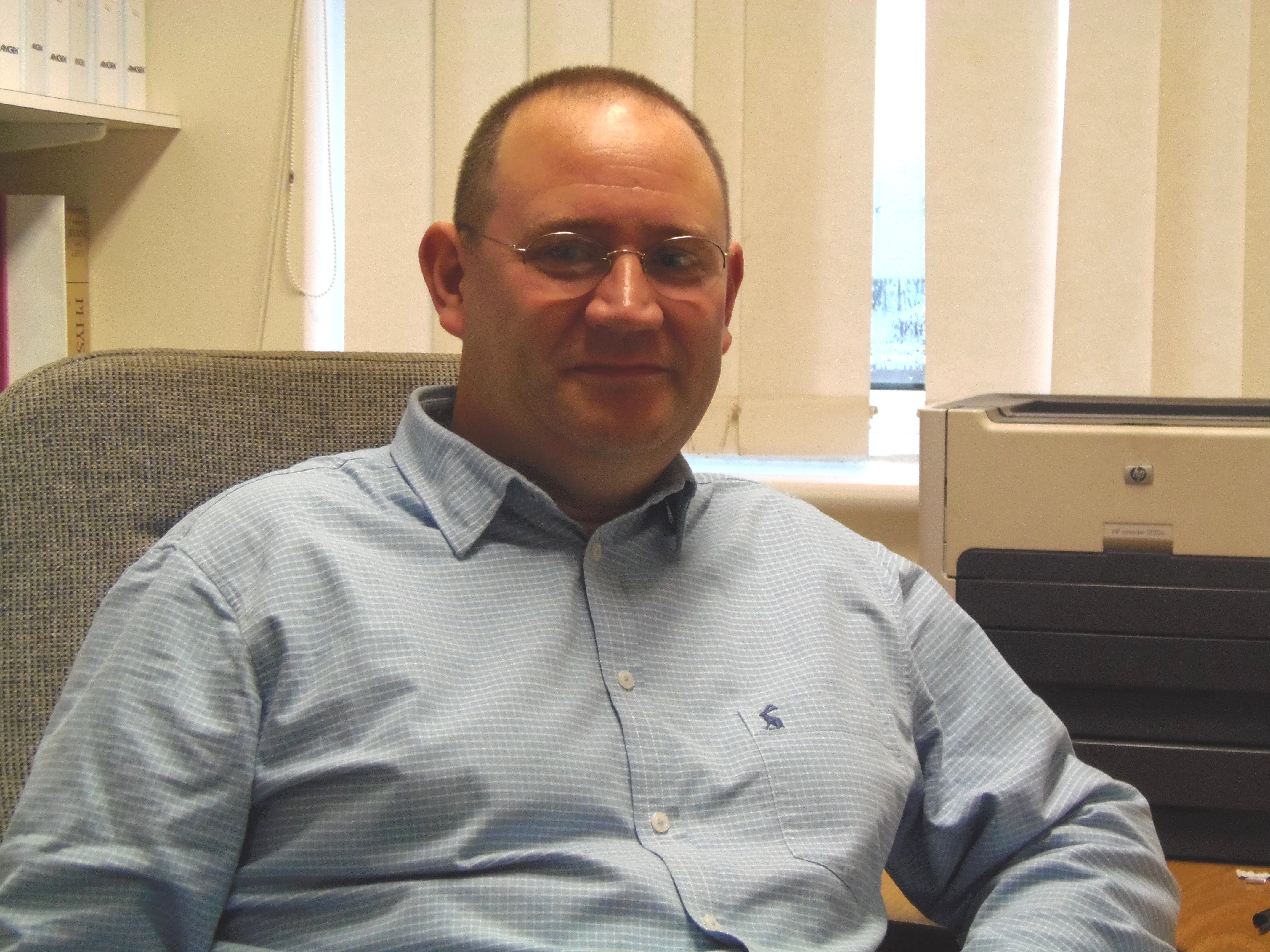 This study was presented by Jonathan Barratt (Twitter @IgaN_JBarratt) from Leicester. Given that it is the commonest glomerulonephritis, it is quite appropriate that there has been a flurry of trials coming out in this area recently: STOP-IgA (#NephJC summary) and TESTING for example. Another trial presented at #KidneyWk was with a new molecule, Blisibimod. Blisibimod is a selective inhibitor of B-cell activation, and has been used in phase-2 trials in SLE. In another phase 2 trial, the BRIGHT-SC study, about 60 patients with IgA nephropathy, about ¾ of whom were Asian, with about 2 grams of proteinuria, were randomized to receiving Blisibimod compared to placebo. In the follow-up period (trial still ongoing: data available for all patients up to 36 weeks, for fewer patients til 108 weeks), there was an impressive reduction in proteinuria, with no safety signal. Needless to say, a larger phase 3 trial with more clinically relevant outcomes is necessary; the lack of infections is reassuring, but not robust given the short follow up and small sample size.

Intradialytic hypotension, cramps, and inadequate ultrafiltration (‘target weight creep’) resulting in volume overload, left ventricular hypertrophy, and downstream consequences are a commonly seen phenomena in hemodialysis patients. Blood volume monitoring (BVM) has been available for over a decade – mostly via monitoring change in hematocrit or conductivity. However, it is not clear how exactly this information should be used. A trial done over a decade ago actually suggested use of BVM alone was associated with worse outcomes. Patients do not have a fixed relative blood volume (RBV) at which all of them become symptomatic. Moreover, vascular refilling does vary amongst patients surely, and perhaps even from session to session, making the use of BVM to decide ultrafiltration goals a bit tricky. Into this field enter the software algorithms and artificial intelligence. Available in various proprietary guises (eg Hemocontrol for Baxter; Biofeedback for Fresenius), these have been rolled out with a lot of theoretical principles but little empiric data to show clinical benefit. In this study from Calgary (protocol), about 30 patients were randomized to usual care or biofeedback-guided ultrafiltration. Though the study accrued a sufficient number of intradialytic hypotension events despite the small sample size, there was no difference in symptoms or hypotension rates between groups. Of interest, given the recent discussion of quality measures over ultrafiltration rates, these were quite low (<10 ml/kg/hour) in most patients. Thus, the technology appears pretty cool, but it’s hard to show whether it is a useful tool.

Curry to prevent AKI? Too good to be true! (CIHR-funded) 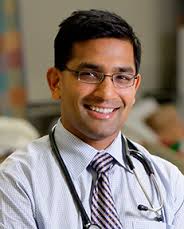 Curcumin, the active compound in turmeric which gives the distinct yellow tinge to curry, has been described in observational studies to be of benefit in a variety of diseases: cancer, dementia, circulation, wound healing, and burns. Ischemia-reperfusion injury also occurs in this list. Dr Amit Garg (recipient of this year’s ASN-AHA Young Investigator Award) led this trial (protocol) of using curcumin compared to placebo in patients undergoing abdominal aortic aneurysm surgery and at high risk of developing acute kidney injury (AKI). The amount of curcumin used was pretty substantial: one would need about 4 helpings of butter chicken to come close! Unfortunately, despite about 600 patients randomized to this study, curcumin failed to show any impact in reducing AKI, or the primary biomarker outcomes (interleukin-18, C-reactive protein, or brain natriuretic peptide levels). If you want to eat curry, eat it for culinary, not clinical effects!

[disclosure: Swapnil Hiremath is a co-investigator/co-author for this trial]

Highlights of the #NephJC poster tour

In addition to the late breaking posters, another highlight of the poster session was the #NephJC poster tour. The sheer volume of abstracts presented at #KidneyWk can be completely overwhelming for any attendee. The NephJC crew walked around the exhibit hall to talk to presenters of select chosen abstracts (including the BRIGHT-SC trial discussed above). 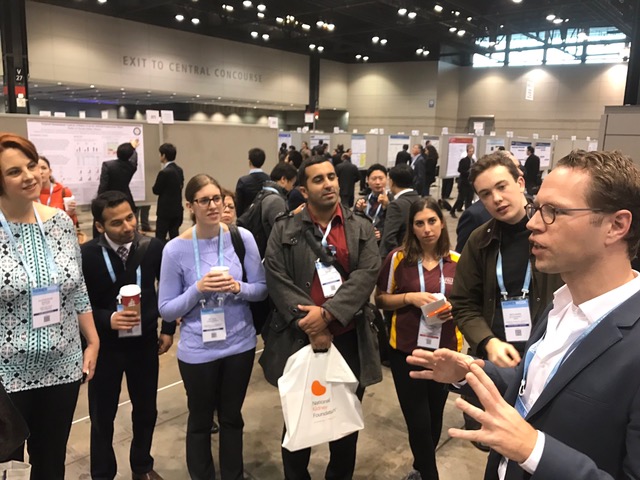