A granuloma is an aggregate of histiocytes, sometimes with multinucleated giant cells or necrosis. Granulomatous inflammation is a feature of certain disease processes, such as reaction to foreign material or crystals, certain infections (TB, fungus), or autoimmune disease (sarcoidosis, Crohn’s disease).

The images below show granulomas (arrow) with associated interstitial inflammation in kidney biopsies of 2 patients with Crohn’s disease and acute renal failure. Note the aggregation of epithelioid cells, with surrounding scattered lymphocytes, plasma cells, and eosinophils. 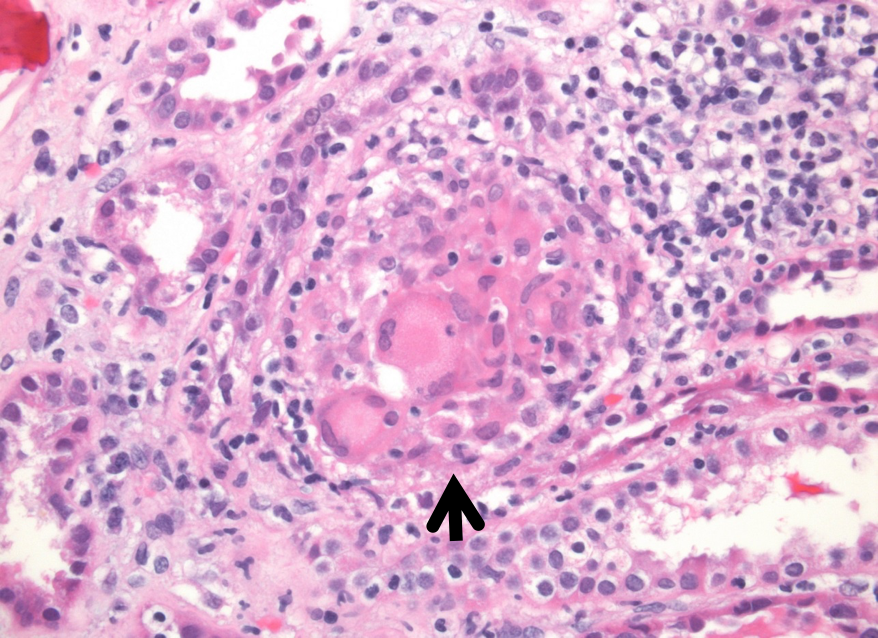 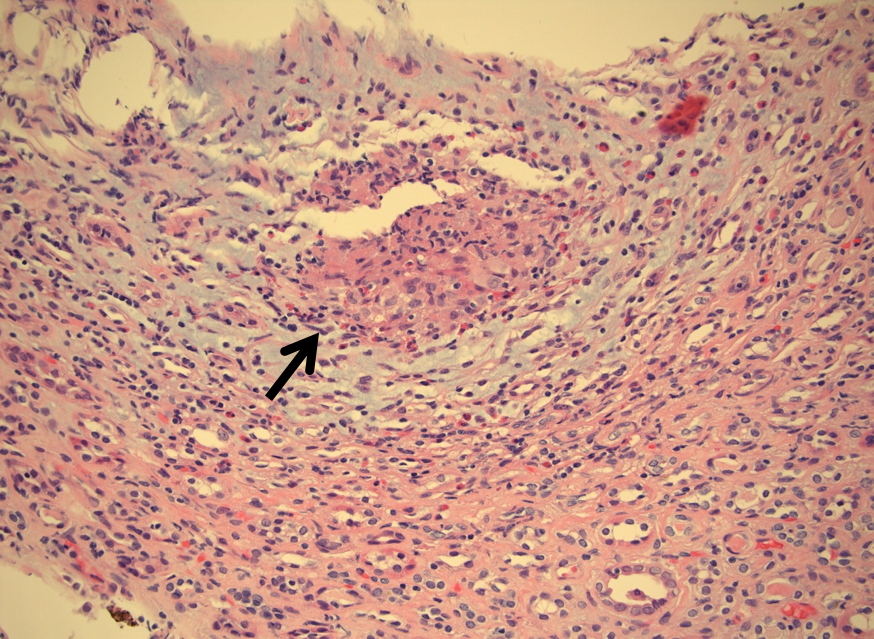 Crohn’s disease typically involves granulomatous inflammation of the gastrointestinal tract. Extra-intestinal involvement by Crohn’s disease is rare, but a few cases of granulomatous inflammation of the kidney in patients with Crohn’s have been reported. A possible mechanism is cross-reactivity of T-cells primed against gastrointestinal mucosa with antigens in the kidney. Other more common possibilities of granulomatous interstitial nephritis in such patients should be excluded, particularly a drug hypersensitivity reaction.