A young man was treated with chemotherapy for diffuse large B cell lymphoma (DLBCL) involving the kidney, liver, and lungs. After 2 cycles, PET imaging showed resolution of tumor foci in the liver and lungs, but a persistent mass in the kidney. Concerned about possible residual lymphoma, the mass was biopsied. The biopsy slides showed renal parenchyma with severe tubular atrophy, diffuse global glomerulosclerosis, and a dense infiltrate of foamy-appearing cells filling the interstitium: 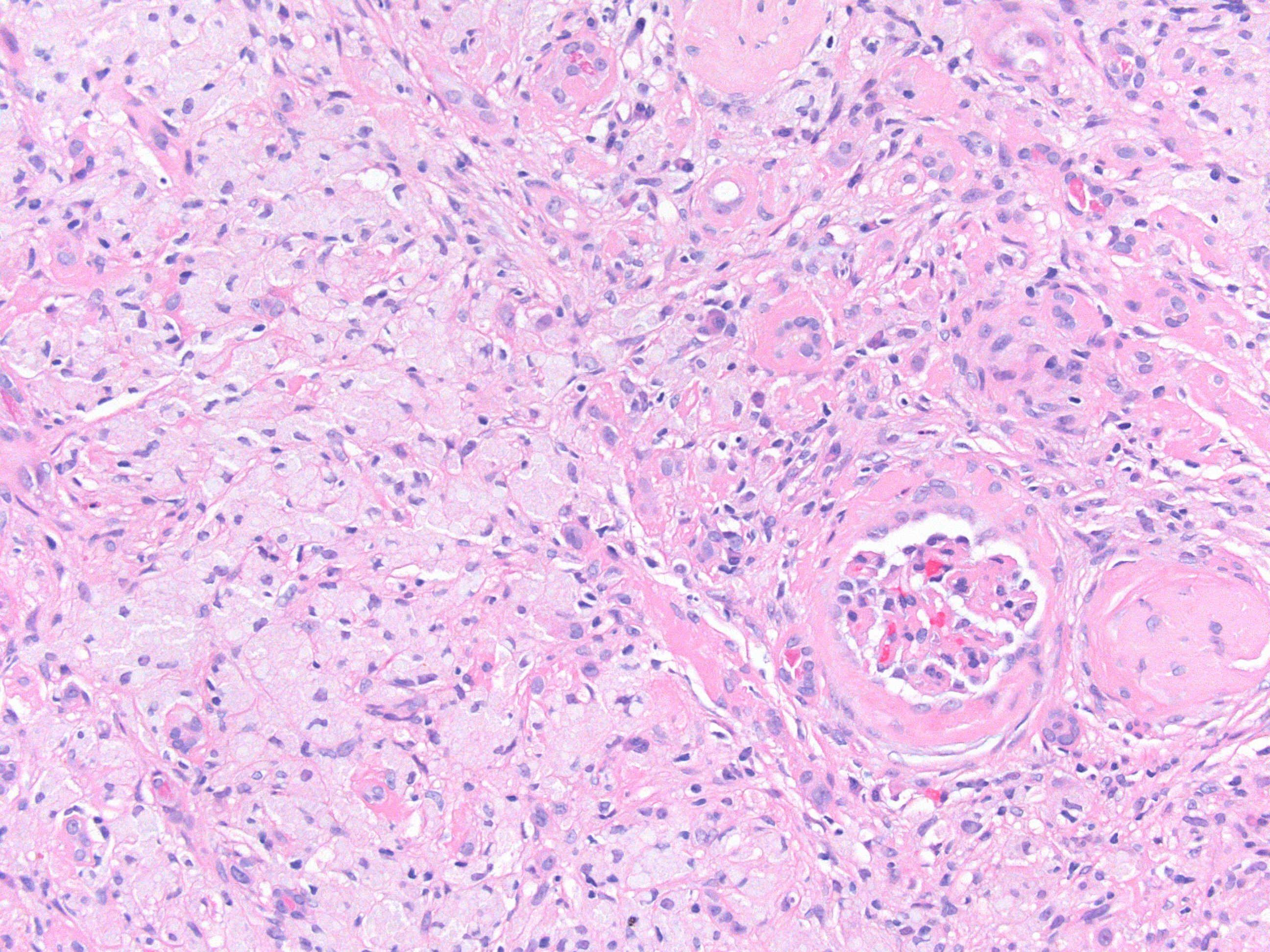 The foam cells were large with abundant clear, bubbly cytoplasm. Their nuclei appeared benign, very different from the typical appearance of DLBCL.

An immunostain for CD68 (macrophage marker) was strongly positive in the foam cells, identifying these cells as macrophages: 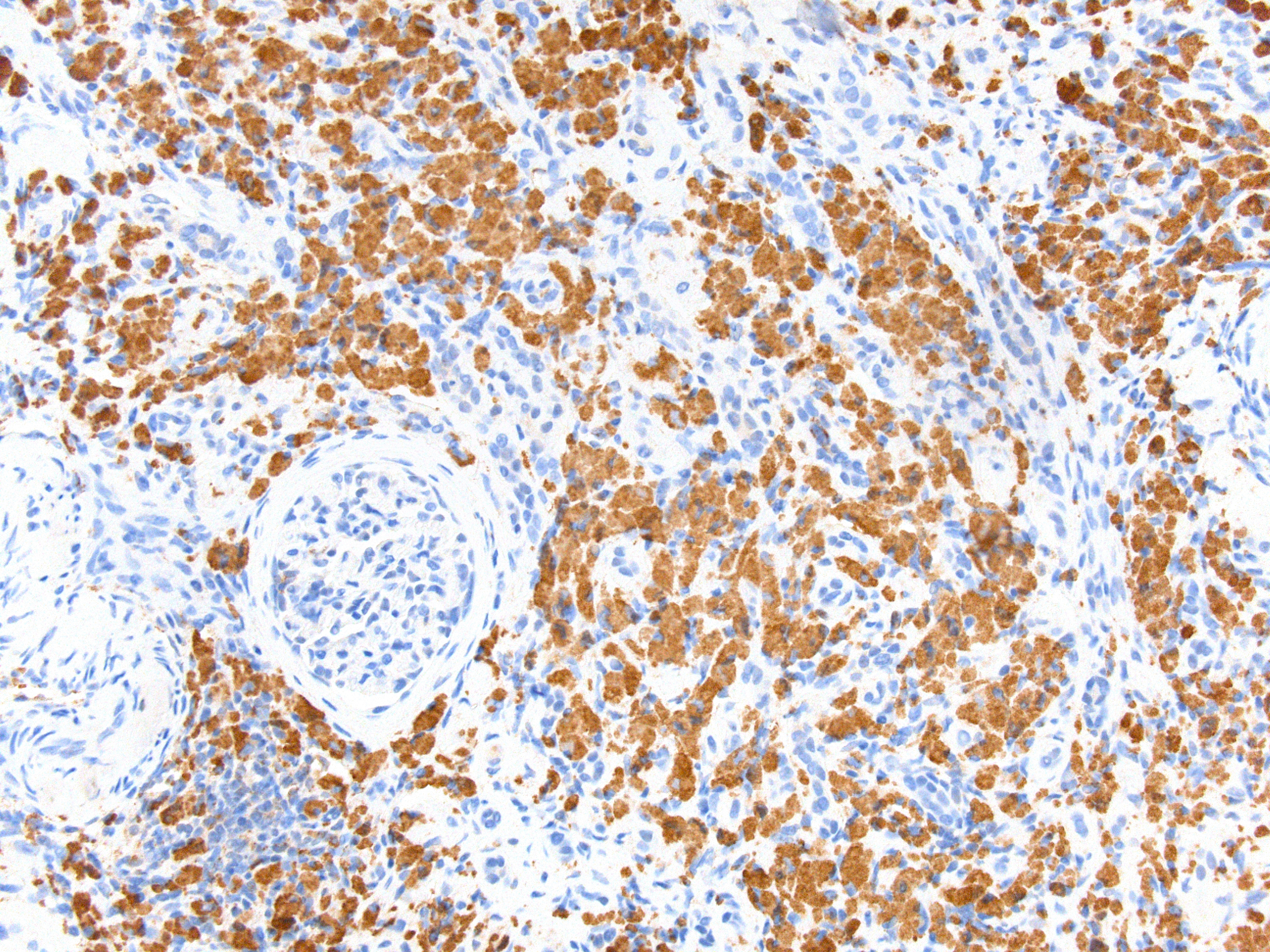 The mass-forming collection of foamy macrophages in this patient’s kidney was an odd, unexpected finding without an obvious diagnosis. Possibilities could include residual lymphoma with a granulomatous reaction; however, there was no evidence of lymphoma after multiple immunostains.

Another possibility could be xanthogranulomatous pyelonephritis (XGP), which is also a mass-forming lesion rich in macrophages and associated with repeated bacterial infection and urinary obstruction. However, XGP didn’t fit the patient’s clinical picture, and usually is associated with many other inflammatory cell types.

A search in the literature uncovered a rarely described phenomenon called “post-chemotherapy histiocyte rich pseudotumor” involving the spleen and other organs in patients treated with chemotherapy for DLBCL (1). The described lesion (histiocyte is another name for macrophage) is indistinguishable from the foam cell mass we saw in this patient’s kidney, and occurred in a similar clinical context.

It was concluded that our patient’s mass was most likely a post-chemotherapy pseudotumor, which we prefer to call “xanthomatous pseudotumor” as it more aptly describes the striking lipid-laden macrophages. The biology underlying the formation of this lesion is not understood, but presumed to be an inflammatory reaction to the massive cell death occurring in a treated lymphoma.