Editor’s Note: We asked authors of Original Investigations to provide short nontechnical summaries that would briefly summarize what inspired their study, the basic approach taken, what was learned, and why it matters. We hope our readers will find this valuable in helping them keep up with the latest research in the field of nephrology. From the September 2018 issue:

From the authors: Congo red stain has traditionally been utilized in distinguishing fibrillary glomerulonephritis (GN) from amyloidosis. In this study, we describe a subset of fibrillary GN which demonstrates variably positive staining with Congo red. The proteomic biochemical signature of amyloid was not detected in any of these cases. Instead, all showed overabundance of DNAJB9, a recently discovered specific marker for fibrillary GN. When faced with a suspected case of fibrillary GN with congophilic deposits which is a diagnostic challenge, we recommend the use of DNAJB9 immunohistochemistry and/or mass spectrometry to distinguish fibrillary GN from amyloidosis. 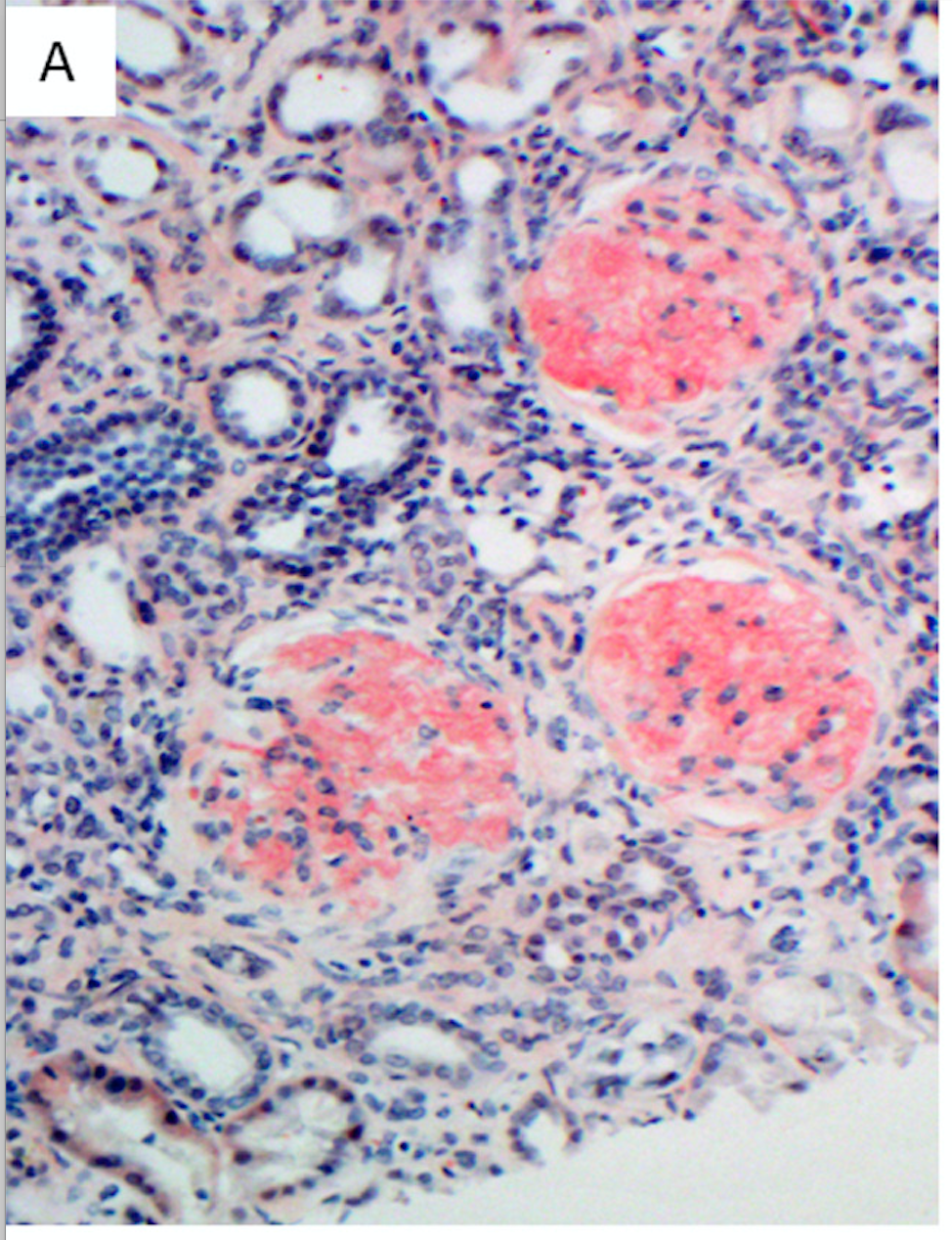 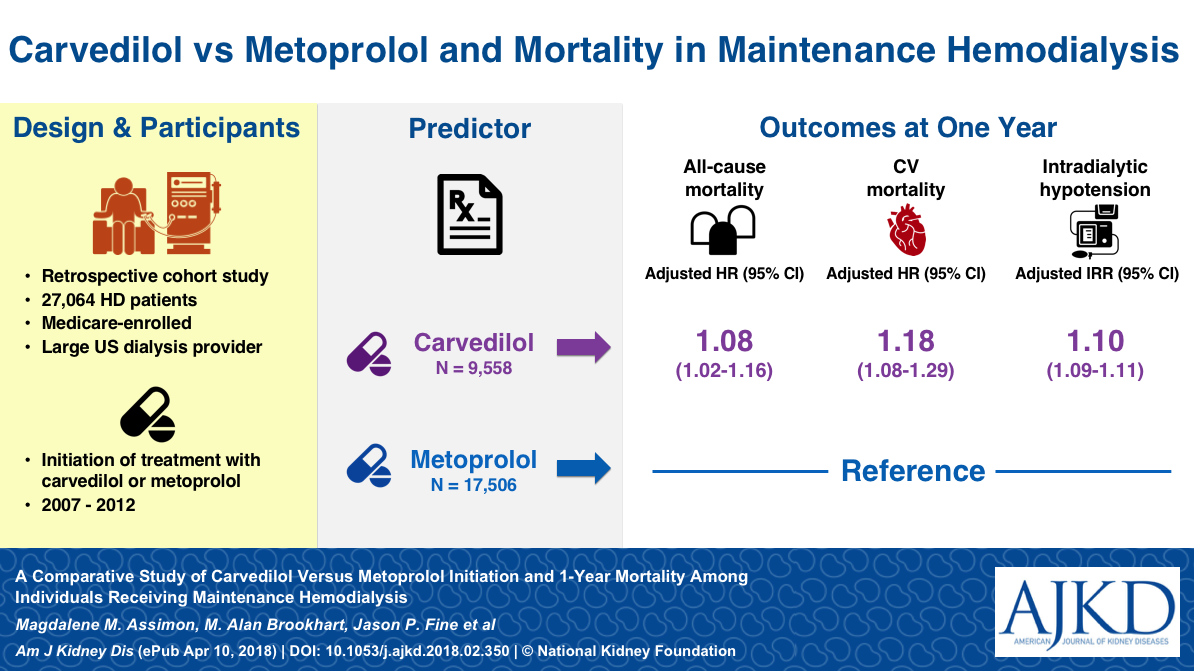 From the authors: Only a subgroup of IgA nephropathy (IgAN) patients will progress to end-stage kidney disease (ESKD). Accurate estimation of kidney failure risk at 5 or 10 years after diagnosis is critically important for prognostication and patient counseling. This study provides analyses of a large cohort of IgAN patients to formulate accurate equations for ESKD risk prediction at time of renal biopsy implemented to diagnose IgAN. Among the total of 2,155 patients recruited for this study, 212 developed ESKD during the mean follow-up period of 52 months. The best clinical predictors of ESKD included age, gender, eGFR, hemoglobin, and urine protein. The best predictive model that combined both clinical and histology variables included age, eGFR, and the Oxford-M and T scores. The kidney failure risk prediction equations for calculating the probability of ESKD over 5 and 10 years were established and validated. The proposed prediction equations are simple and easy to implement in clinical practice.

From the authors: It is not clear whether lead at low levels of exposure can affect the kidneys. Therefore, in the present study we used data from a sample of the general population in Sweden to investigate this. The exposure to lead was assessed by measuring the lead concentrations in blood. We estimated the kidney function using well-established equations and also assessed chronic kidney disease (CKD) diagnoses from a national medical registry. We found that higher lead concentrations in blood were associated with worse of kidney function as well as with increased risk of CKD. These findings suggest that reducing exposure to low levels of lead may reduce the burden of kidney disease and its associated health problems.

Evolution of Echocardiographic Measures of Cardiac Disease From CKD to ESRD and Risk of All-Cause Mortality: Findings From the CRIC Study by Nisha Bansal et al

From the authors: Heart disease is common in patients with kidney disease. However, less is known about the natural history of heart disease as kidney function worsens. In this study, we evaluated the change in cardiac structure and function as patients transitioned from chronic kidney disease (CKD) to end-stage renal disease (ESRD). We hypothesized that there would be significant worsening of cardiac disease during this transition and that those patients with deterioration of cardiac disease would have worse outcomes after dialysis initiation. We found that among 417 patients with CKD there was a worsening in two measures of left ventricular contractility (ejection fraction and end-systolic volume)as patients progressed to ESRD necessitating dialysis. This worsening in left ventricular contractility was linked with higher risk of death after dialysis initiation. In contrast, there were improvement in other aspects of cardiac structure and function. These results suggest that clinically meaningful echocardiogram parameters are not fixed, but rather progress or regress even in advanced stages of CKD. These data suggest there are opportunities for intervention during the transition from CKD to dialysis initiation to reduce the risk of mortality and cardiovascular disease. 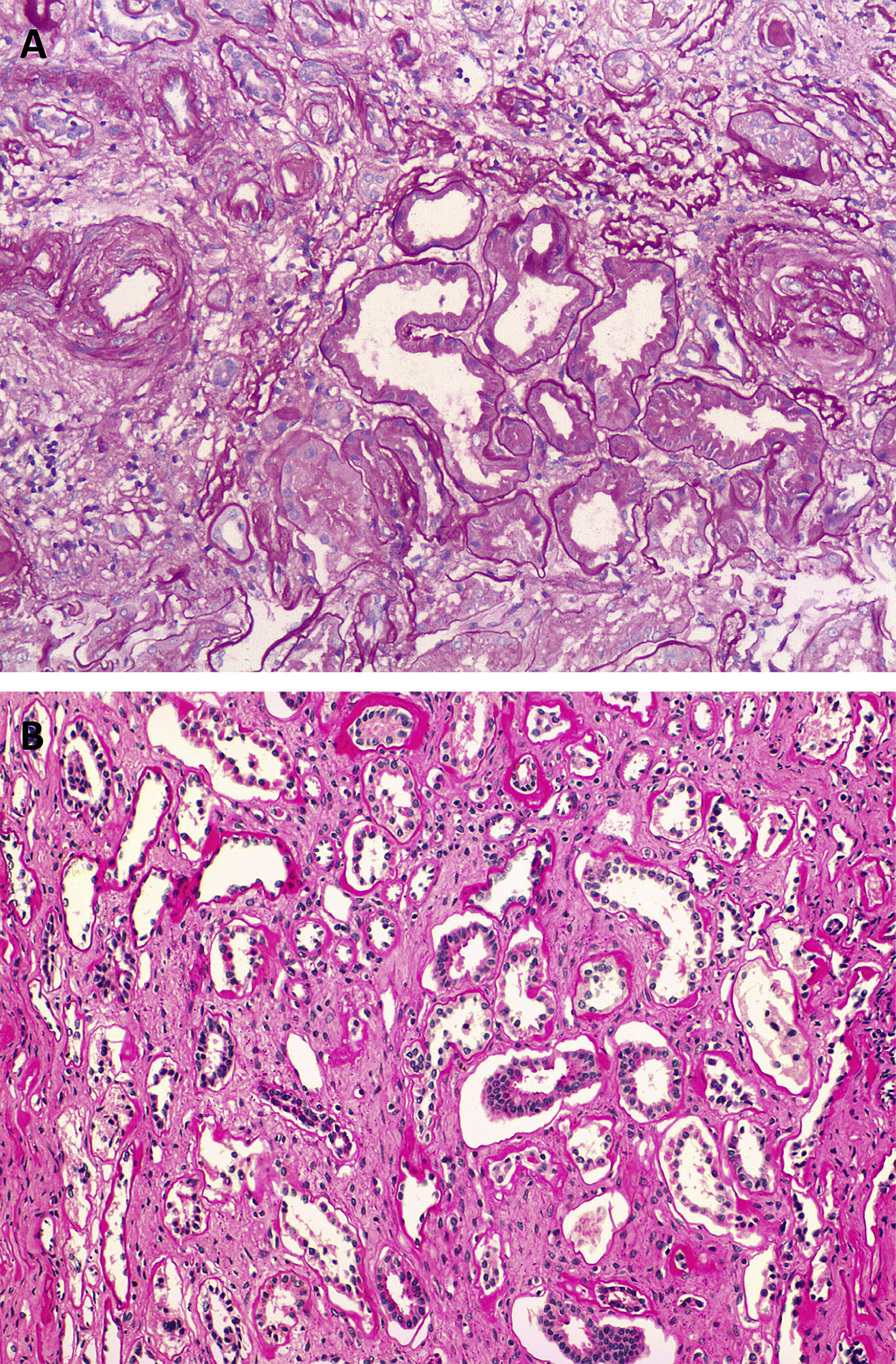 From the authors: Autosomal dominant tubulointerstitial kidney disease (ADTKD) is a rare, but underdiagnosed, cause of end-stage renal disease (ESRD) caused by genetic mutations in one of several genes including MUC1 and UMOD. This disease is typically asymptomatic until renal failure has progressed to a severe form. It may also be associated with elevations in blood levels of uric acid that are associated with gout, but this is not a hallmark of the disease. The diagnosis is made more challenging by high variations in disease presentation within families, which can make the autosomal dominant pattern of inheritance difficult to detect. This study evaluated the clinical differences between ADTKD-MUC1 and ADTKD-UMOD, but found very few. The larger percentage of cases in this series with a mutation in the MUC1 gene suggest that it may be the most common genetic abnormality among patients with ADTKD.
Blog Post Autosomal Dominant Tubulointerstitial Kidney Disease – What are MUC and MOD? by Andrew Malone [FREE] 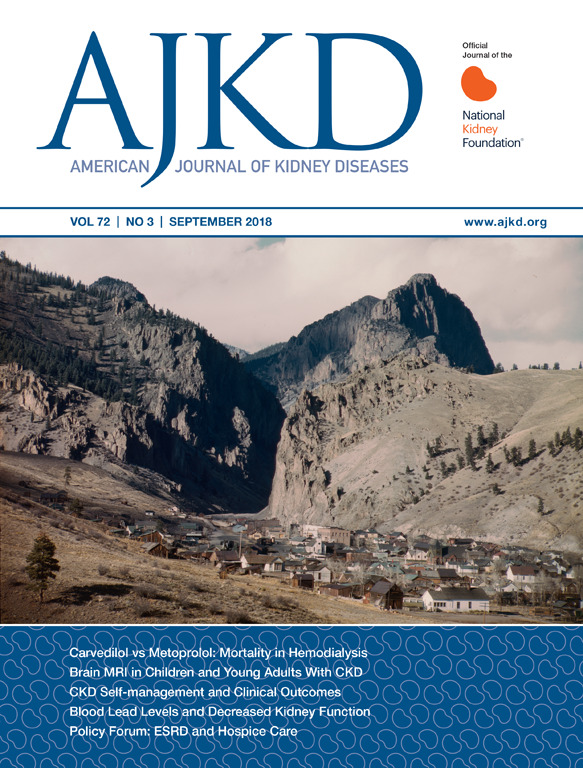 On the Cover: This photograph of Creede, Colorado was taken in 1942, when the manufacturing demands of World War II called upon the town’s metal mines to increase their productivity. Former mining towns like Creede have needed to deal with toxic waste runoff, laden with heavy metals such as lead, cadmium, and zinc, that contaminate rivers, aquifers, and other water supplies. In this month’s issue of AJKD, Florencia Harari and colleagues report that higher lead concentrations in blood are associated with worse kidney function as well as an increased risk of chronic kidney disease.